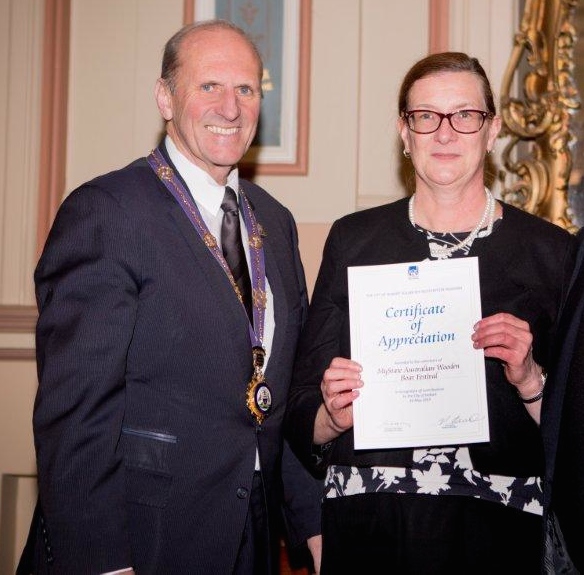 The 400+ volunteers who make the MyState Australian Wooden Boat Festival (AWBF) possible were recognised at an awards ceremony held at the Hobart’s Town Hall. AWBF’s Call Centre Manager, Dorcas Cullen, accepted a certificate of appreciation on behalf of all volunteers.  The AWBF call centre was a new innovation for 2015, fielding hundreds of calls with a team of six operators.  They quickly answered questions, passed on messages and provided crucial emergency response when required.

Deputy Mayor Ron Christie acknowledged the tremendous contribution to the life of the city made by volunteers each year.  He said that the MyState Australian Wooden Boat Festival had become a headline event for the City of Hobart, as it drew thousands of visitors from interstate and from regional Tasmania to visit the city.  He commented on the great enthusiasm the AWBF volunteers brought to the event and the genuine warmth and hospitality they offered visitors.

All the details on the AWBF here