It’s Not All Glamour and Flags 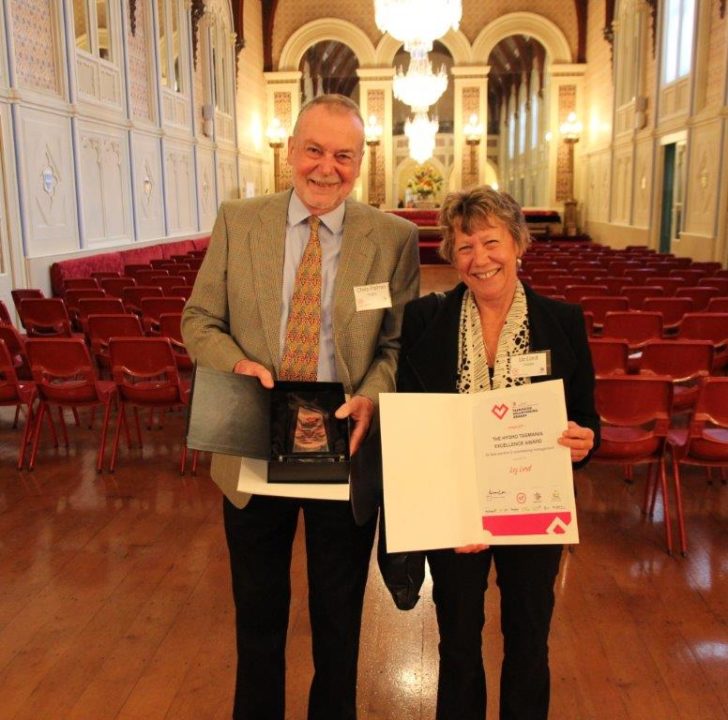 Volunteering Tasmania is the principal organisation in the State, lobbying on behalf of the volunteer sector.  Each year, Volunteering Tasmania solicits nominations for awards in specific areas.  In 2017, the Australian Wooden Boat Festival, Inc. was short-listed in two categories, for Best Practice in Volunteer Management and for the Arts, Heritage and Tourism Award.  At a glittering reception at Government House on 8 May, Her Excellency the Honourable Kate Warner AC, Governor of Tasmania, presented the winners with their awards.

AWBF Volunteers Coordinator Liz Lord was nominated in the Best Practice category.  Her nomination described her as a ‘gifted manager of people with a natural talent and a calm demeanour’ which allowed her to oversee the recruitment, registration, training and induction of 400 festival volunteers for the 2017 event.  She created ‘an incredible volunteering environment’ in her first year in the role.  Liz was named one of the top three in her category.

Chris Palmer is both a volunteer Board member of AWBF, Inc. as well as a project manager responsible for the International Wooden Boat Symposium.  The latter role involved coordinating the venue, program, international speakers, travel and accommodation for this prestigious event, run as part of the 2017 festival in cooperation with the Australian National Maritime Museum and the University of Tasmania.  Chris was named the overall winner of the Arts, Heritage and Tourism Award.

Congratulations to both winners, and to the AWBF Board, for an outstanding result.