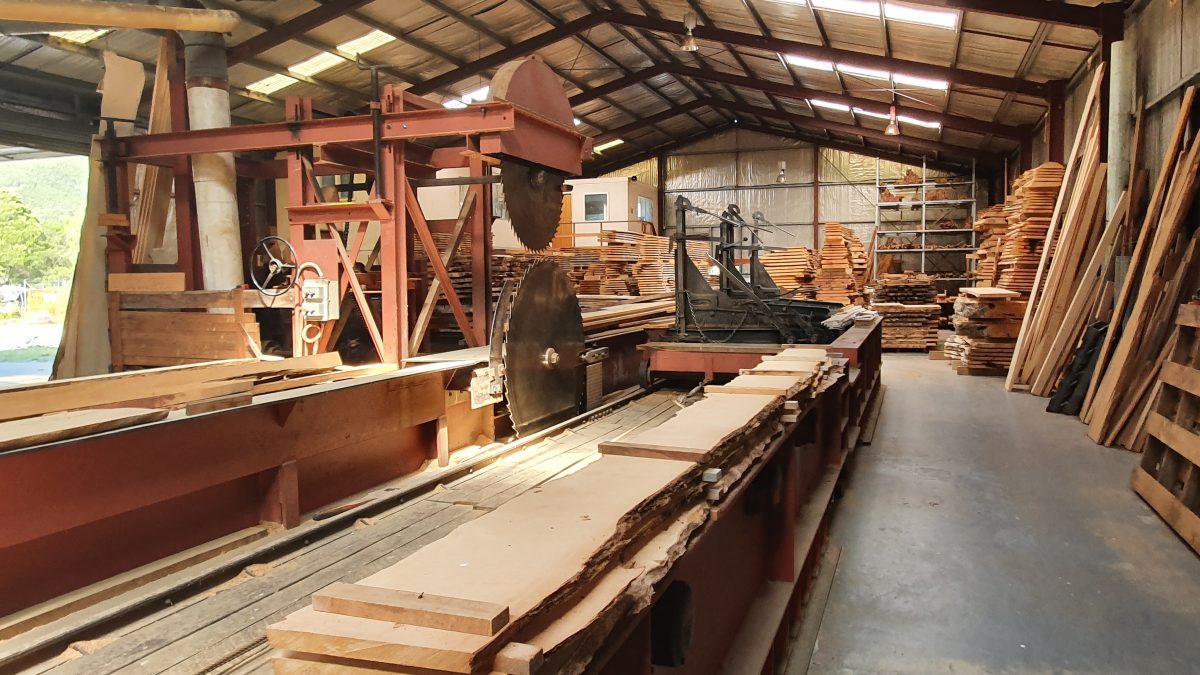 A major focus of the 2021 Festival will be to celebrate the special place of Tasmanian timbers at the heart of Australian boatbuilding. For over a hundred and fifty years, King Billy Pine, Huon Pine and Celery Top fuelled the industry of Tasmania. Boat yards across the state, from Sarah Island to Cygnet, produced hulking ships of commerce at an incredible rate. Built to carry goods between the far flung settlements of Tasmania, and to every corner of the globe, this era cemented Tasmania’s reputation as an international maritime centre.

Over time the timber supply dwindled and the waterways lost their dominance at the centre of travel and commerce. Other materials became more viable and boatbuilding shifted to other parts of the country. Nevertheless, Tasmania is still home to the timbers that spawned the maritime culture that remains to this day. From generations-old sawmills to the depths of Lake Pieman, these near-magical trees are still a major part of our heritage.

Tasmanian Special Timbers was created in the mid 1990’s to amalgamate the combined 150 years of experience of the Bradshaw and Morrison families. It is one of only three sawmills in the state (and therefore in the world) with a license to access Huon pine sawlogs, and has been a reliable supplier of boat building timbers for generations. Randal Morrison is co-owner and explains that Huon pine trees are no longer being cut down, and the only timber that can be legally accessed is through salvage operations overseen by Sustainable Timbers Tasmania (formerly Forestry Tasmania).

One notable operation began in 2007 when a huge flood moved a logjam in the Rocky Sprent River, (a tributary of the Gordon) dislodging timber which had been cut by Randal’s father and uncles mainly before WW11, and releasing them from their suspended animation. A  five year combined Forestry and Parks & Wildlife salvage operation retrieved a total of 2,200 tonnes of Huon pine logs, which are now nestling in the stockpile awaiting the next stage of their journey. The phenomenal anti-rot properties of Huon pine pine – courtesy of the methyl eugenol oil it contains – means that the logs can lie on or under the ground for decades, centuries and millennia without deteriorating.

Unfortunately, these salvage operations are becoming less frequent and less bountiful. However, the demand remains high and boat-builders are having a harder time accessing this unique resource. And it is this scarcity that has driven some on the most ambitious salvage operations ever conducted.

In the tannin-steeped depths of Lake Pieman there stands a dark forest 30 metres under the water’s surface. There is not much Huon Pine still standing in the Pieman, but the company Hydrowood has discovered a world of Sassafras, Myrtle, Blackwood, and Celery Top. Day after day a large steel barge moves along the surface of the Pieman, with a 45-tonne excavator chained to its surface. A custom claw on the end of the excavator arm plunges into the water and latches onto still-intact logs, up to 9 metres below the surface. Once the claw has a firm grip, a chainsaw whips out of the claw and makes a cut. Repeat the process and few times, and before you know it you’ve got a giant log of Celery Top slamming down on the steel barge, the heavy clang reverberating out over the forest.

There are only two places in the world that run an operation like this, so the learning curve was steep. A few challenges and mishaps took place along the way, but eventually, in conjunction with UTAS, Hydrowood was able to refine their extraction, preparation and sawing practice. It now provides some of the most sought-after timber on the market today.

The Festival looks forward to working with Tasmanian Special Timbers and Hydrowood to give festival-goers a look, feel and smell of some of these iconic tree species. After all, without wood, there are no wooden boats.

The specialty timbers industry supports various artisans such as Craig Howard of Heritage Furniture, a regular exhibitor at the festival’s Maritime Marketplace in PW1 Shed. We’ll be highlighting more artisans and craftspeople in the lead up to the Festival.