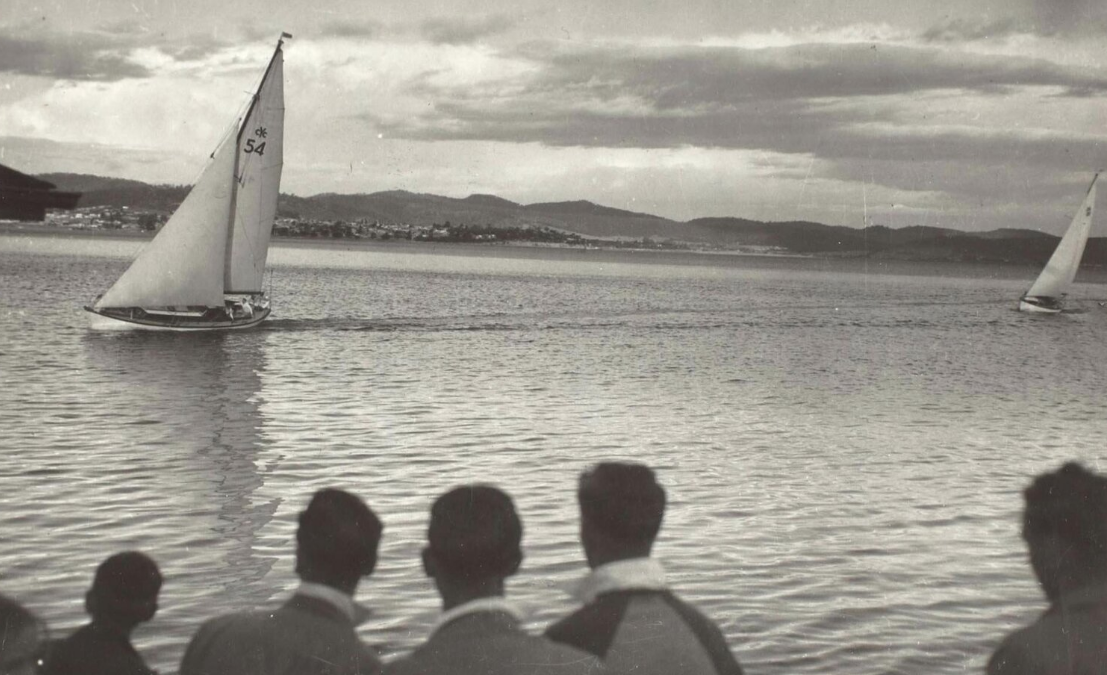 As we edge closer to Boxing Day, 2021, we are super excited to welcome back the yachts competing in this year’s Sydney to Hobart Yacht Race with 112 yachts entered (two of which are wooden). It has now become an annual gathering of boats of all shapes and sizes, as they get together some 48+ hours after the start of the race to watch the yachts come around the Iron Pot, sometimes at all hours of the night.

This year’s entrants include two special boats (we may be biased), Love & War and Solveig.

Love & War is a stunning classic vessel. It has won the Sydney to Hobart 3 times, in 1974, 1978 and 2006. She is a Sparkman and Stephens design, cold moulded with Oregan timber. The 47ft vessel was launched in 1973 for Peter Kurts, in NSW after the build was completed by Ces Quilkey. Ces also built Mercedes III, Ragamuffin and Koomooloo. Love & War is still in the Kurts family, with Simon Kurts as owner and skipper for this year’s Sydney to Hobart. Love & War has participated in the Australian Wooden Boat Festival before and we wish her and the crew luck.

Solveig is a 36ft timber sloop, designed and built by the famous Halvorsen family. The small carvel planked vessel was built in 1950 and entered the Sydney to Hobart race just two months after being launched. She has competed in many Trans-Pac races and Trans-Tasman races and spent most of her life in Hawaii, until Bob Allan brought her back to Sydney in 2016. Bob was looking for a new owner for her, when friends Anne Lawrence and John Whitfield stepped in. Anne and John are now the current owners and between them have extensive Sydney to Hobart Yacht Race experience, competing in several previous races.

The Cruising Yacht Club of Australia and the Royal Yacht Club of Tasmania have been integral in the creation and management of the 628 nautical mile race. We congratulate them on their organisational efforts to ensure the race goes ahead this year. We wish all the yachts competing good luck, especially the wooden yachts. See you all on the docks!