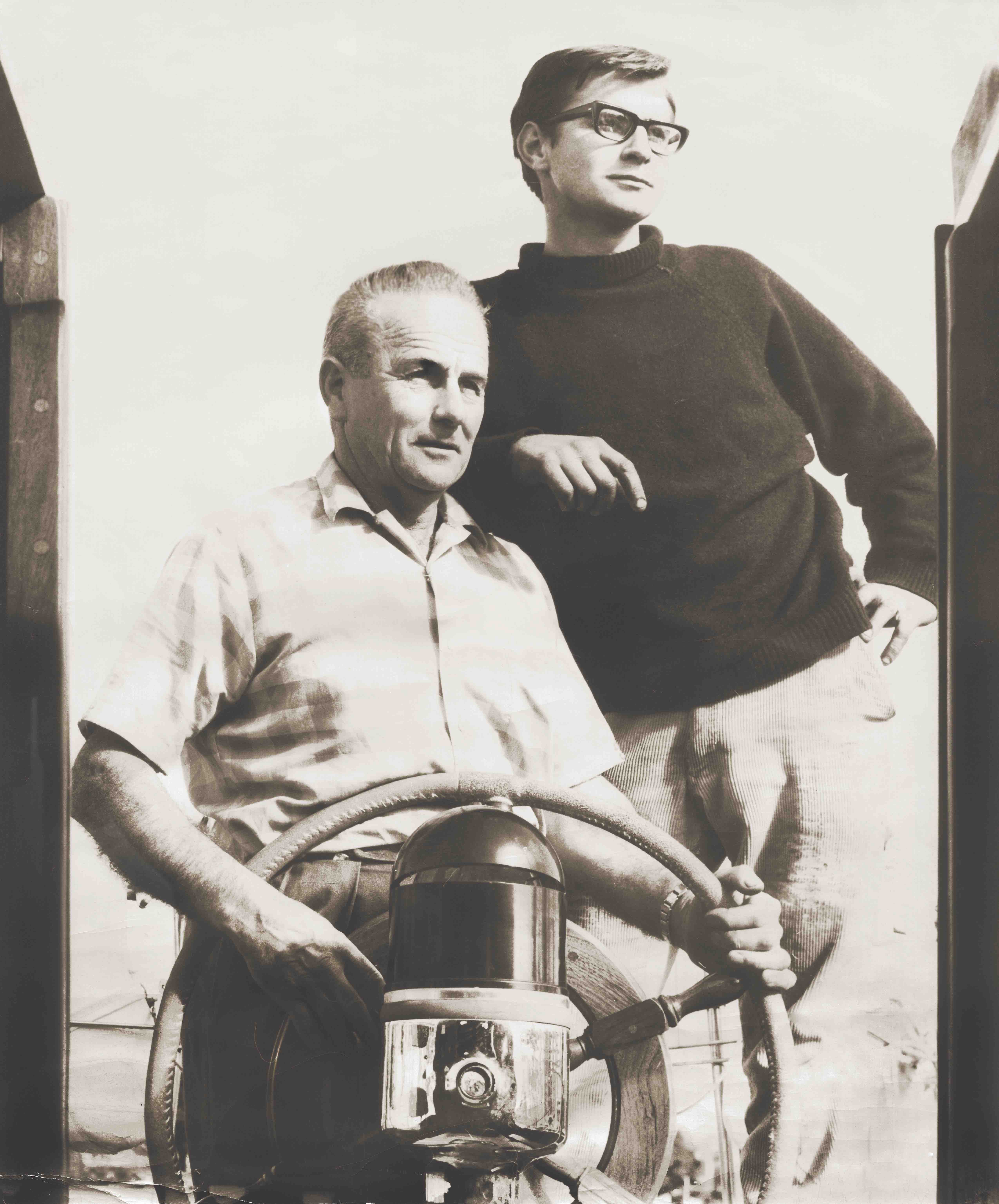 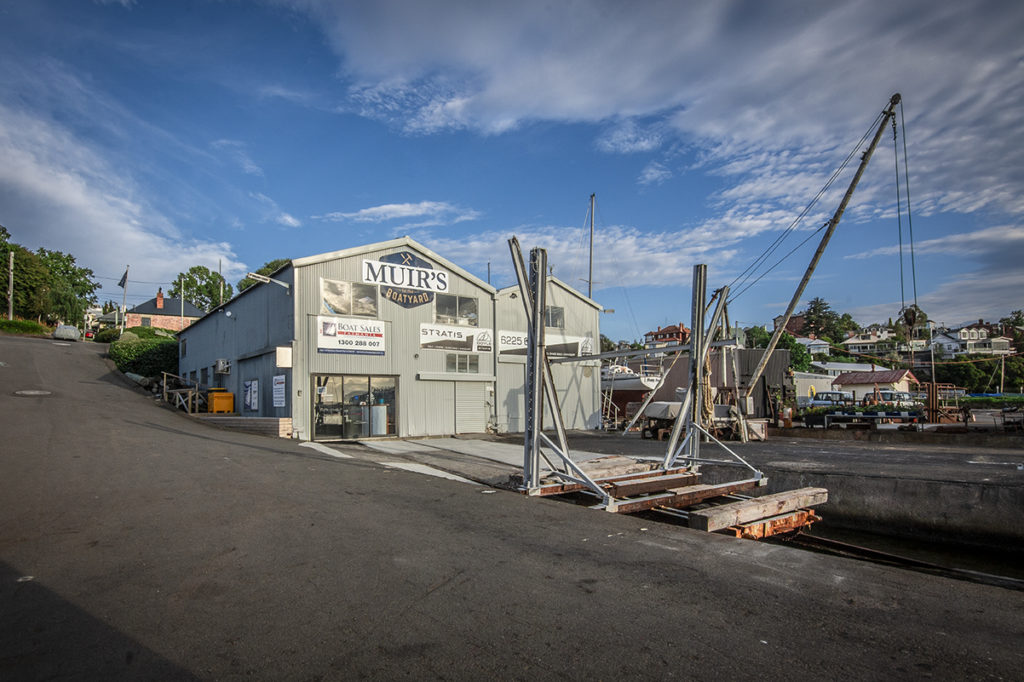 In 2018, we marked the 70th anniversary of Muir’s Boatyard, one of the best-known names in Tasmanian boatbuilding in the period following the Second World War. Originally founded in 1948 by Ernest J ‘Jock’ Muir, the boatyard turned out some of Australia’s most celebrated yachts, including Sydney-Hobart race winners – Westward (1947, handicap), now maintained in Constitution Dock by the Maritime Museum of Tasmania, and Waltzing Matilda (1949, line honours). 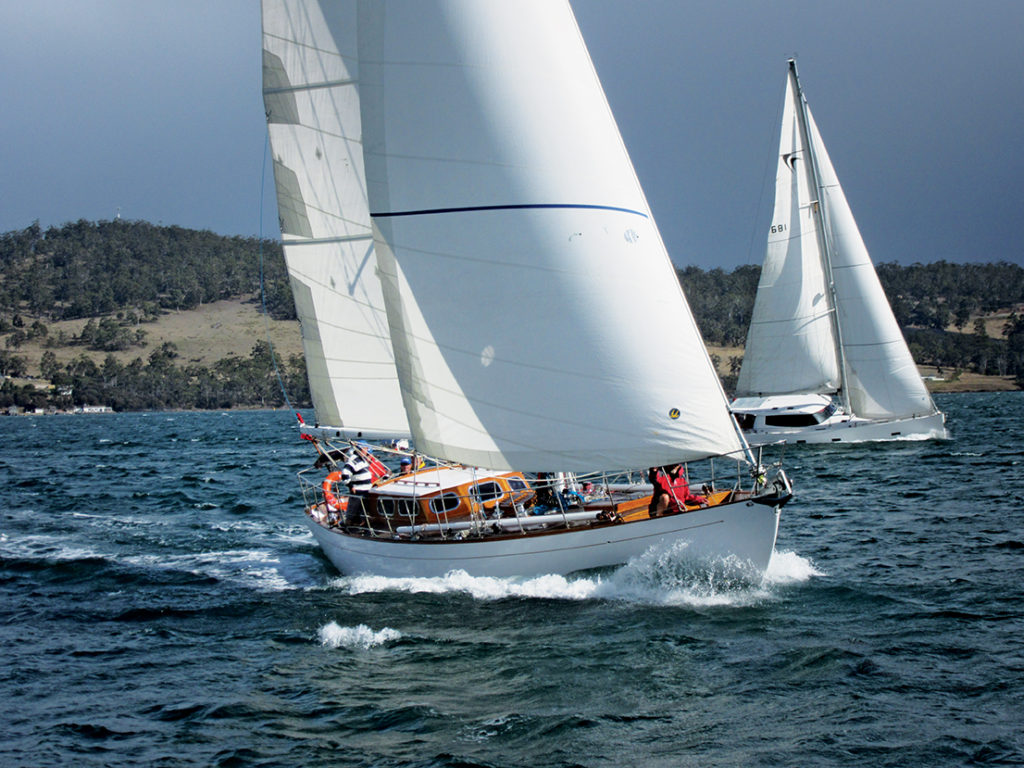 Muir’s Boatyard continues the tradition today of hand built wooden vessels, albeit in a less commercial sense. Jock’s son John Muir founded the internationally successful Muir Winches at the boatyard in 1968, and to this day the boatyard is still managed by the Muir family. The upcoming MyState Bank Australian Wooden Boat Festival in February will showcase some of the wooden boats constructed at Muir’s Boatyard in recent years, as well as historically important materials, tools and boat plans from Jock Muir’s design and boatbuilding days. 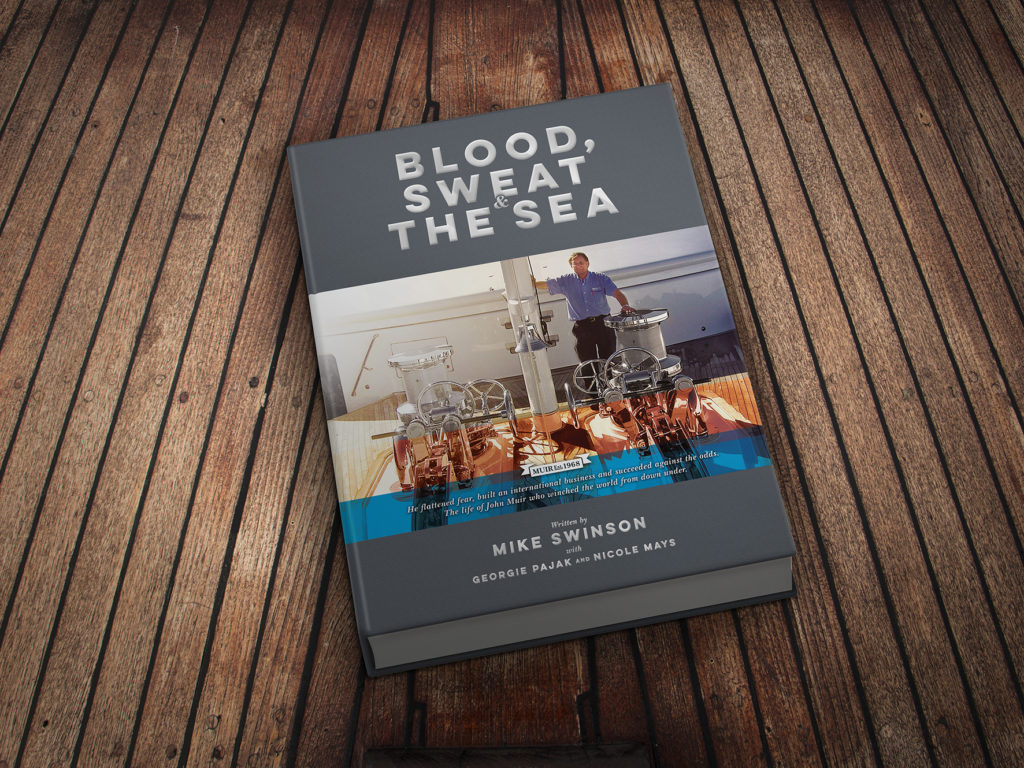 ‘Blood, Sweat and the Sea’ is a locally produced book about Tasmanian businessman John Muir, who founded the enormously successful Muir winch brand 50 years ago.

Written by former ABC journalist Mike Swinson, with assistance from well-known boat historian Nicole Mays and beautifully designed by Georgie Pajak, this book details the trials and tribulations of building an internationally successful marine export business from Tasmania. A great read for anyone interested in family business, local history, Sydney-Hobart yacht races and Battery Point boat building history, and an excellent reference manual for anyone in business or interested in starting one.

The book is available for purchase from the Muir’s Boatyard stand (no.21-22) in the Maritime Marketplace at the festival where John will be available to sign copies.

The Muir family continues to contribute to the Tasmanian sailing fraternity. They are major supporters of the display of the giant-killing 1920s yacht Tassie Too, which will be a featured centrepiece in the Maritime Marketplace (Princes Wharf No.1 Shed). Tassie Too won the Forster Cup an unequalled ten times between 1927 and 1952, and was successfully re-launched in early February 2018 thanks to the efforts of a team of passionate supporters of Tasmanian maritime history; several with deep connections to the vessel itself. Kenn Batt, Greg Muir, Bill Batt, Colin Grazules and Nicole Mays established the “Friends of Tassie Too” not-for-profit organisation in early 2017.  The vessel made a triumphant return to the Royal Yacht Club of Tasmania from Melbourne in September 2017 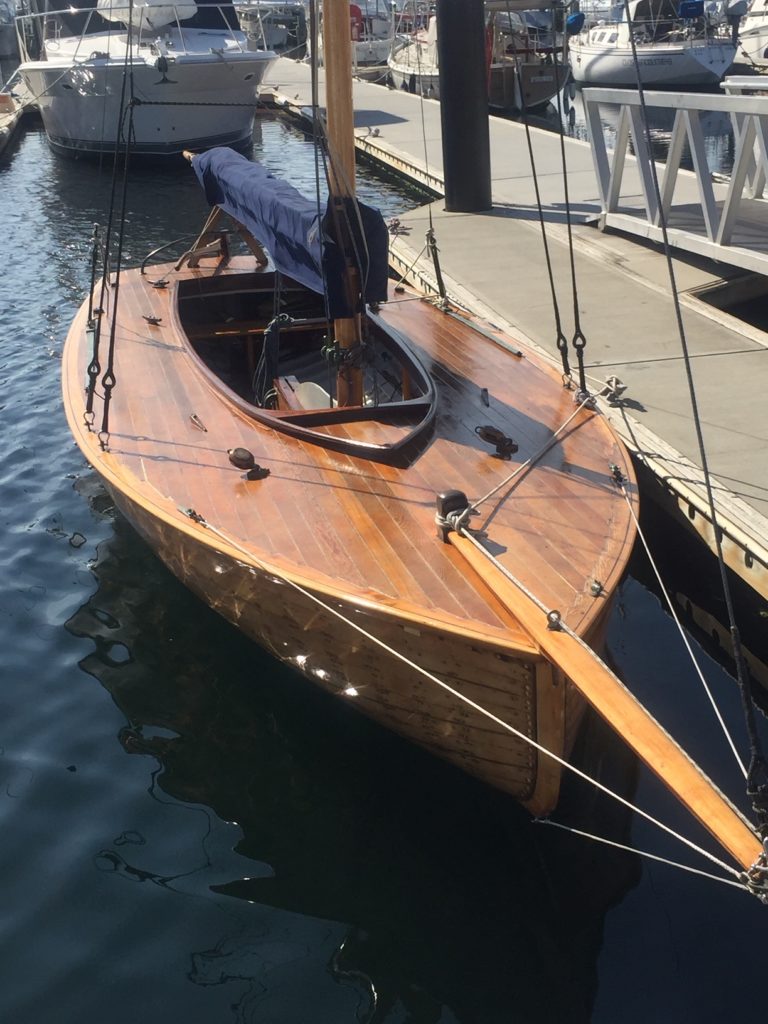 The famous 1927 yacht Tassie Too