The Dutch Are Coming

SV Tenacious Is On the Way 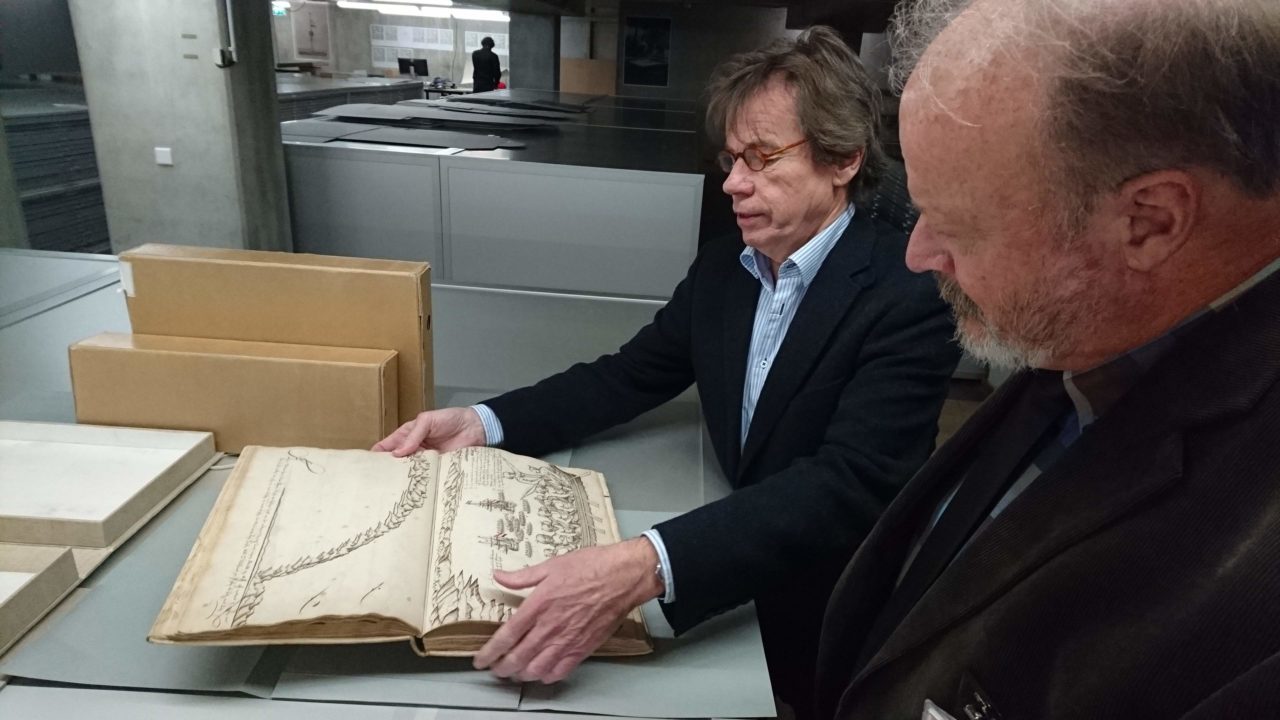 There’s a long tradition of inviting other nations with strong maritime traditions to come and be part of the largest wooden boat festival in the Southern Hemisphere. We have been delighted to host visiting groups from Japan, Indonesia and Norway, and individual ships and boat builders from the UK, Ireland, France, USA and New Zealand among others. We’ve had guests from the Netherlands visit the festival before, back in 2007, but with Abel Tasman’s 375th anniversary coming up in 2017 we couldn’t resist inviting this proud nation, with a maritime heritage stretching back centuries, to join us again for this special celebration. Chairman of the AWBF, Steven Knight, travelled to Amsterdam recently to attend HISWA, a very large boat show in Amsterdam that attracts scores of classic and wooden boats. Steve was there to meet potential sponsors, participants and friends and to make a special presentation on Tasmania to an eager audience at a special ‘Australia Day’ event. Steve described the amazing growth of the AWBF over the last 22 years and issued a warm invitation for Dutch boat enthusiasts to make the trip to Hobart in February 2017. He was very well received and when he presented that very latest in beautiful tourism images of Tasmania and the excitement of the festival, he reports ‘there was the odd tear in the eye, I have to say’.

Steve’s turn came with an unexpected invitation to visit the National Archives of the Kingdom of the Netherlands in The Hague. Accompanied by our European associate Karen Meirik, he was introduced to the Deputy Director of the archives, who escorted him into the climate-controlled inner storerooms of this vast national library. ‘We thought you might be interested in this’ Steve’s host said, handing him an old leather bound book, open at a page of hand-written notes in Dutch. ‘What am I looking at?’ Steve asked. ‘That’s Abel Tasman’s log book, for the day in 1642 when he came across your island,’ was the reply. ‘You mean a copy of the original log book?’ Steve asked. ‘No, that is the original log book. You are holding it. From 1642.’

The mountains of Tasmania, drawn in 1642

Steve was further stunned when they produced detailed drawings of the Tasmanian coastline, maritime charts, beautiful illustrations of Batavia and Tokyo Bay, along with amazingly accurate maps of the Pacific Ocean and other waterways. These, we have to remember, were prepared by Dutch navigators and explorers sailing thousands of miles in wooden ships, long before the days of chronometers, sextants or even a system of determining longitude. They had no charts or maps of these unknown waters, but for the ones they made themselves. As a feat of seamanship, Tasman’s voyage to Australia, Tasmania and New Zealand, on to Tonga and a safe return to Dutch Batavia must be judged one of the most remarkable in the history of navigation.

‘It was quite moving, to touch the original log book, now 375 years old’ – Steve Knight

We are working on a joint project with the Dutch National Archives, the Scheepsvaartmuseum in Amsterdam and the Tasmanian Museum and Art Gallery, to bring out high-resolution facsimiles of these precious documents and put them together with rare original documents from private Australian collections for a major exhibition at the 2017 Australian Wooden Boat Festival and the International Wooden Boat Symposium. Stay tuned for further news as we bring it to you.