What better way to warm up for the 2019 Australian Wooden Boat Festival than sailing or rowing a small craft over 10 days from the edge of Tasmania’s southwest wilderness to Hobart arriving in time to join the Parade of Sails at the start of the festival?

Since 2007 the Living Boat Trust, a community organisation in the township of Franklin south of Hobart, has been organising small-boat expeditions (Raids) allowing participants to experience the outstanding coastal scenery of southern Tasmania by open boat. The expeditions are called tawe nunnugah, meaning ‘travelling’ by ‘canoe’ in the language of the Melukerdee, the original people of the region who for millennia traversed these waterways by bark canoe.

Held every two years in the lead up to the AWBF, the experience is unique in the southern hemisphere and attracts people from throughout Australia and from overseas. Participating in the Raid gives a whole different perspective to the Australian Wooden Boat Festival. Vessels that have done the Raid arrive tired and perhaps a little worn around the edges but wear their campaign scars with dignity. Many people return again and again, knowing each expedition will be different but all will provide open boat adventure, spectacular scenery and collegiality. 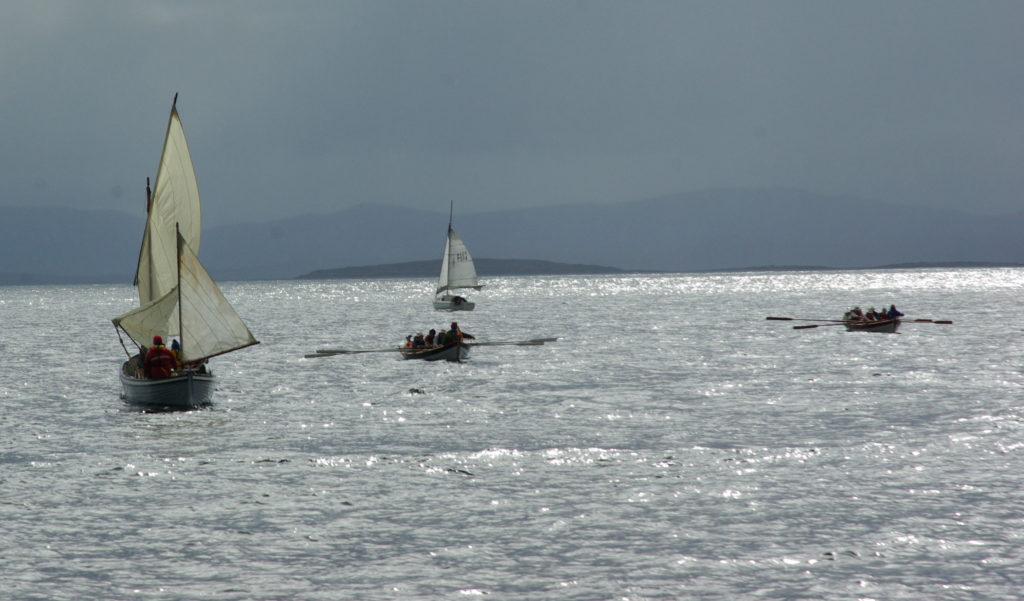 Unlike competitive Raids in the northern hemisphere, most craft in our fleet have auxiliary engines and the event itself is not a race – beyond the natural inclination of crews to ‘pace each other’ when on the same heading as another vessel. The spirit of tawe nunnugah is all about good seamanship sailing or rowing in small open craft. Participants bring their own boats (the Privateers) or sign up as crew under an experienced skipper on one of the Living Boat Trust’s fleet of capable wooden boats including whaleboats and St Ayles skiffs. Throughout the journey the fleet is accompanied by yachts and fast-response safety boats ready to stand-by, tow or assist if any of the fleet is in trouble. 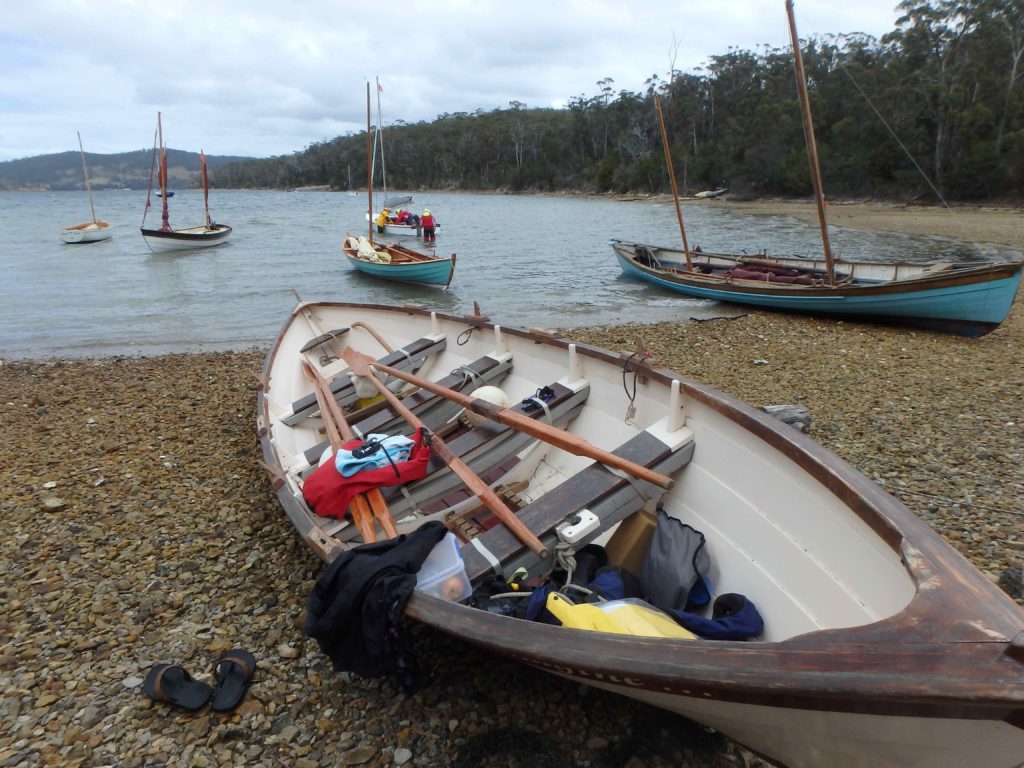 The tn19 expedition is catered, with a chef and land-based support crew setting up the site to welcome the fleet after their day on the water. Tents and spare clothes are carried by truck so even if hit by a southerly squall everyone can get warm and dry. Each night shared experiences of the day are exaggerated over a hot meal and a convivial glass at spectacular camp sites, many on private land and otherwise inaccessible.

For the first few days the expedition is usually alone on the water allowing us to experience the wild side of Tasmania much as the Melukerdee and the first European colonisers would have seen it. As we come up the d’Entrecasteaux Channel between Bruny Island and the mainland more and more craft are around us as boats of all descriptions make their passage to the largest wooden boat festival in the southern hemisphere. The transition from our own little world on the expedition to the hustle and bustle of the festival couldn’t be starker but the festival makes a fitting end to the journey.

Although for some this is not the end – for those who don’t want it to finish we organise the 4-day Return Raid after the festival to bring the LBT’s fleet and some privateer boats back to our home port of Franklin. There we are welcomed by the LBT’s Franklin Homecoming Regatta on 14-15 February 2019.

To join the tn19 Raid or Return Raid go to our web-site and submit an Expression of Interest: 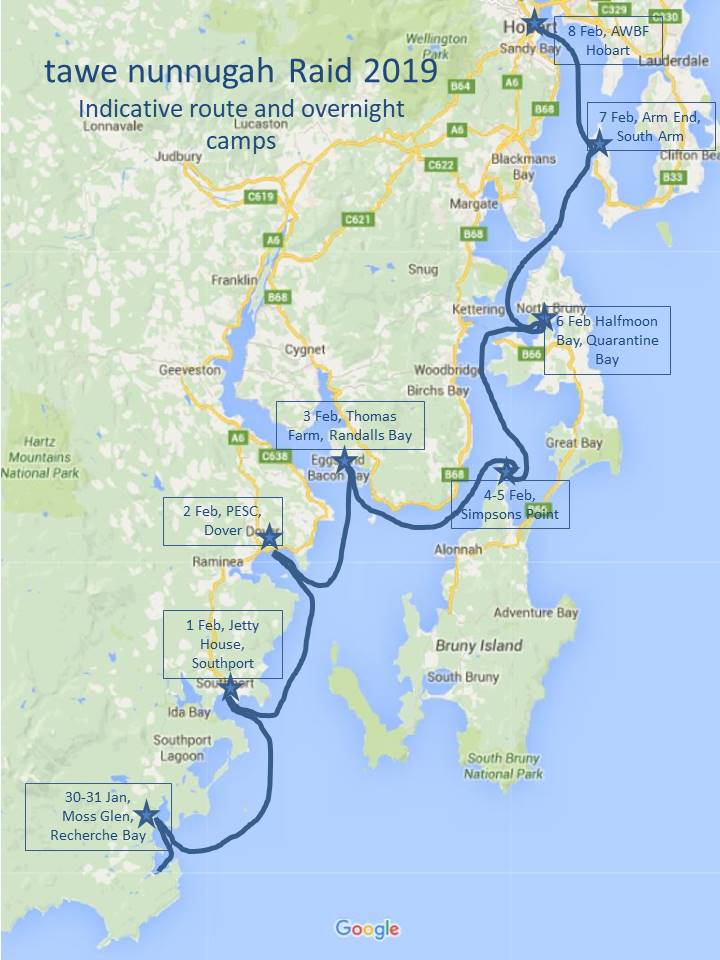