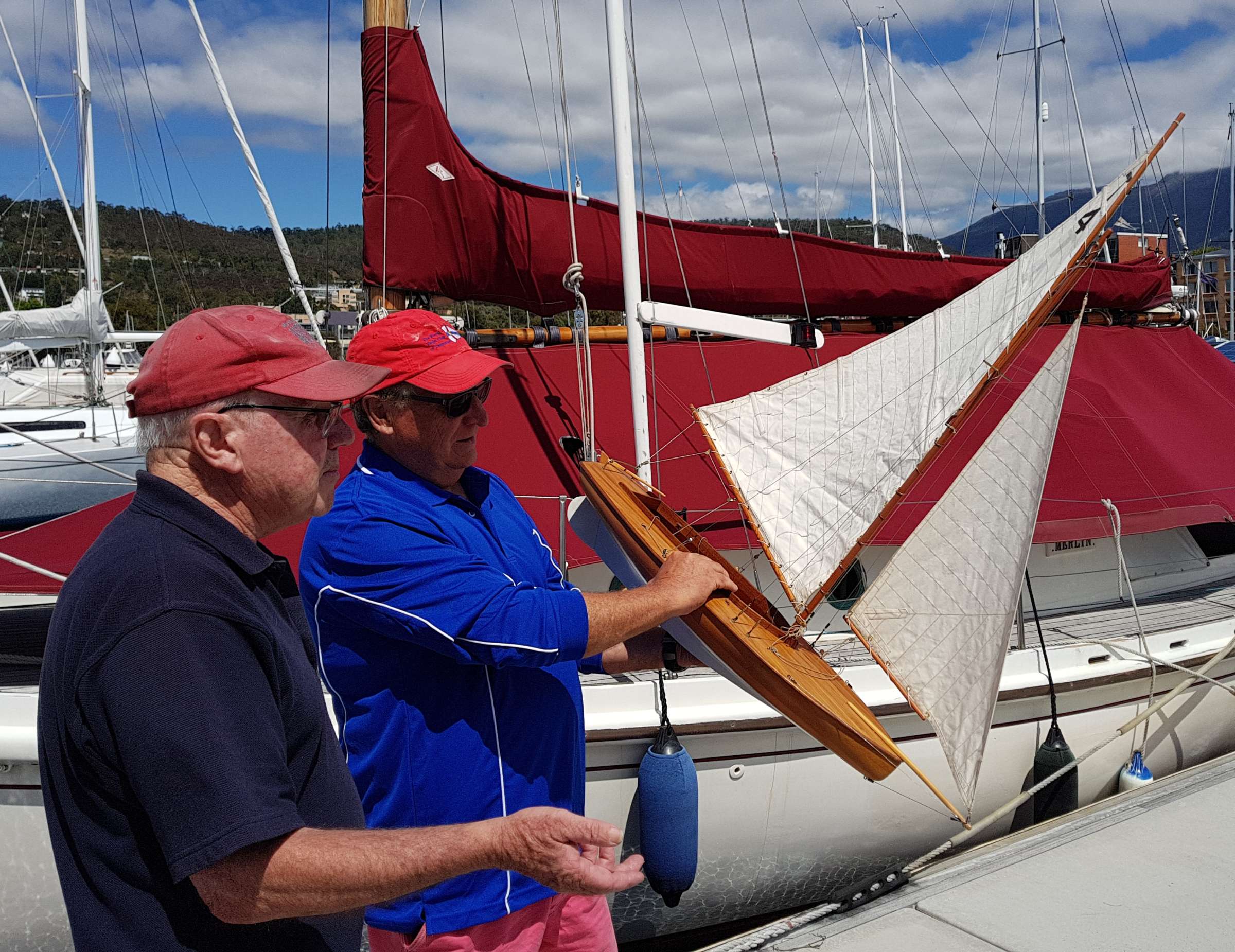 Tassie Too, the 21 Foot Restricted class yacht which won the Forster Cup an unequalled ten times between 1927 and 1952, was successfully re-launched in early February 2018 thanks to the efforts of a team of passionate supporters of Tasmanian maritime history; several with deep connections to the vessel itself. Kenn Batt, Greg Muir, Bill Batt, Colin Grazules and Nicole Mays established the “Friends of Tassie Too” not-for-profit organisation in early 2017 to coordinate administrative, financial, insurance, scheduling and maintenance efforts associated with Tassie Too. Their hard work and determination resulted in the vessel making a triumphant return to the Royal Yacht Club of Tasmania from Melbourne in September 2017, and an auspicious re-launch a few weeks ago. With support from the Tasmanian maritime industry, maritime history and sailing community, the “Friends of Tassie Too” organisation will ensure that Tassie Too is well cared for into the future, and well used.

Tassie Too was launched from the Battery Point slips near Hobart on 26 November 1927 having been built by Charlie Lucas and Chips Gronfors. The yacht was designed by W. P. “Skipper” Batt in conjunction with Alfred Blore and John Tarleton with principal measurements of 25ft overall x 7.5ft beam. Class requirements called for a vessel of 21ft on the waterline, 25ft overall with a maximum beam of 8ft. Tassie Too was commissioned by the Royal Yacht Club of Tasmania and paid for by subscription to allow a second Tasmanian boat to compete for the hotly contested Forster Cup; the national event for the 21ft Restricted Class. Skippered by several members of the Batt family, including Skipper Batt, his brother Harry, and later Harry’s son Neall, the vessel was a standout at the Forster Cup, winning the event ten times between 1928 and 1952.

Believed to be the only survivor of the three ‘Tassie‘-named boats which represented Tasmania and dominated the 21 Foot Restricted class for more than two decades, Tassie Too will be a popular and welcome participant in the 2019 Australian Wooden Boat Festival. Additional information about the vessel, its history, lists of crews, and how you can donate to the Friends of Tassie Too organisation can be found at www.friendsoftassietoo.org.