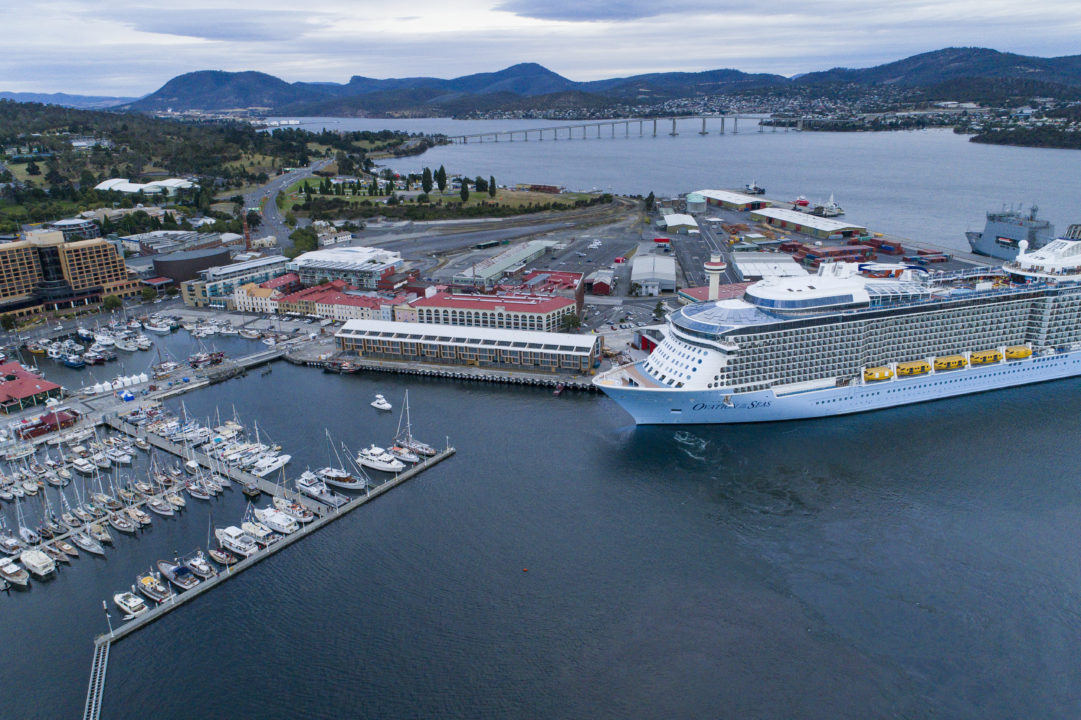 It was back in 1994 that a trio of keen wooden boat enthusiasts – Cathy Hawkins, Andy Gamlin and Ian Johnston, walked through the door in Hobart and asked to see the Harbour Master. ‘What can I do for you?’ he asked. ‘We’d like to borrow your harbour for the weekend.’ they said. The patient Harbour Master said ‘You want to borrow the harbour. What for?’ The trio replied, ‘We would like to put on a wooden boat festival, like the one they have in France.’

That was almost 24 years ago, and none of the participants could have dreamed that this simple request would lead to an event that draws more than 200,000 people to Hobart every two years. The MyState Australian Wooden Boat Festival is now the largest wooden boat festival in the Southern Hemisphere and one of the largest in the world. And after all this time, TasPorts is still patiently hosting an event that has grown like a mushroom, to take over the entire Hobart waterfront for four summer days.

TasPorts, or the Tasmanian Ports Corporation to give its full title, is a very large state-owned organisation that operates as a commercial business. The company is charged with running ten Tasmanian ports, from far northern facilities on King Island to the bustling port of Hobart. Given that 99% of all freight moving into Tasmania arrives by sea, it’s a pretty essential service.

While handling millions of tonnes of freight, fuel, spare parts, food and machinery may consume most of their time, the capable people on the TasPorts docks are increasingly asked to get into show business, as more festival events take place on the beautiful Hobart waterfront. Events like the Sydney to Hobart Yacht Race, the Royal Hobart Regatta and the Australian Wooden Boat Festival have been around for years, but new events like Dark MOFO, MONA FOMA and the Australian Antarctic Festival are putting extra demands on TasPorts every year. Add to that the Antarctic research vessels and a steeply rising frequency of visiting cruise ships and you have a multi-purpose port that never sleeps.

‘The TasPorts guys are terrific,’ says AWBF Production Manager Andrew Brassington. ‘They turn out at all hours of the morning to move equipment, open bridges, lay moorings and a dozen other tasks. They are incredibly helpful.’ General Manager of the AWBF, Paul Cullen, says that detailed planning, months in advance, is the key to producing a huge event safely and on time. ‘We are conscious that we have a very large footprint on the Hobart waterfront and that festivals are not TasPorts normal business. We try to get in there quickly, produce the event and get out again with the least disturbance to normal operations that we can achieve. There’s no way we could do that without amazing cooperation from TasPorts. They really are a festival partner.’