‘Through Tasman’s Eyes’ Opens at TMAG 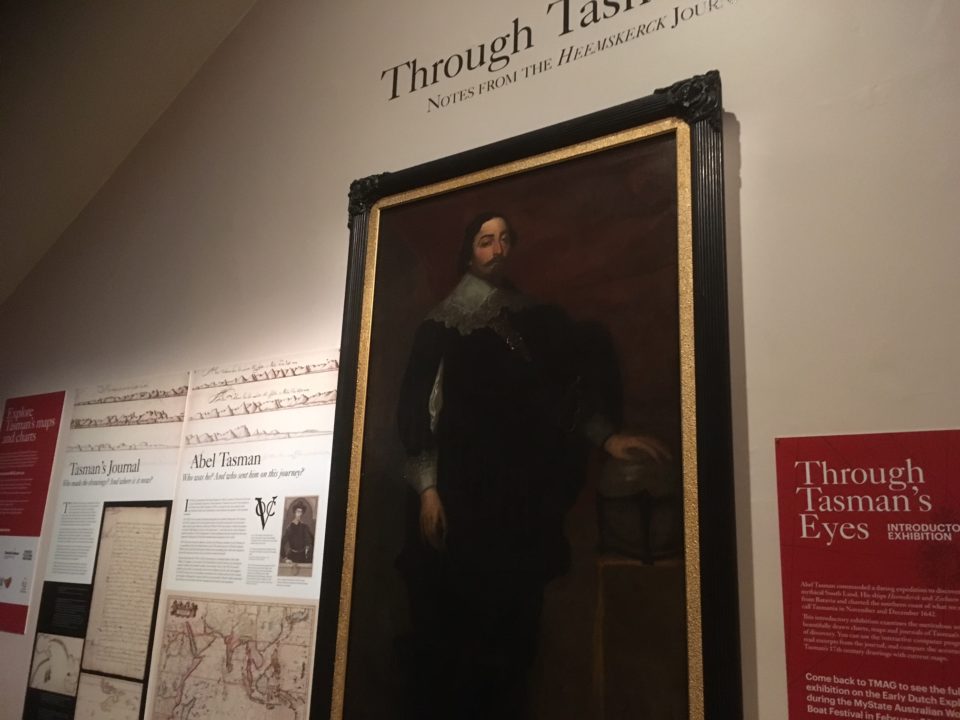 The Kingdom of the Netherlands is the guest nation at the 2017 MyState Australian Wooden Boat Festival, marking the 375th anniversary of Abel Janszoon Tasman’s visit to the then uncharted island in the Great Southern Ocean.  Tasman named the island ‘Van Diemen’s Land’ after the then Governor of Batavia (modern day Jakarta).  Tasman was a professional navigator and explorer, in the employ of the powerful VOC, or Dutch East India Company. In 1642, he was granted command of two ships, the Heemskerck and the Zeehaen. His mission was to map the mythical South Land, also known as Terra Australis, that was thought to stretch from the northern coast of current day Australia to the Antarctic continent

Tasman’s journey was remarkable for many reasons, not least because it was an incredible feat of seamanship through uncharted waters, completing a round trip that started in Batavia and included Mauritius, Van Diemen’s Land, New Zealand, Tonga and New Guinea.  All of this in an era before reliable calculation of longitude (it would be another 100 years before the maritime chronometer was perfected) or the invention of the sextant.

A new exhibition at the Tasmanian Museum and Art Gallery, ‘Through Tasman’s Eyes’, takes the visitor back to the world of the mid-17th century, when Spain, Portugal and the Netherlands vied for control of the lucrative spice trade across the world’s oceans.  With stunning prints of rare documents from the Dutch National Archives and the Scheepvaartmuseum (National Maritime Museum) in Amsterdam, the exhibition takes you into a different time, when much of the Southern Hemisphere was a mystery to European explorers.

The exhibition is an introduction to Tasman’s story, which will be expanded into a larger exhibition ‘The Early Dutch Explorers’ scheduled to run concurrently with the MyState Australian Wooden Boat Festival in February 2017, before travelling on to New Zealand later in that year.  Both exhibitions are linked to the website tasman1642.com.au, which explains the background to Tasman’s extraordinary journey.  A brilliant interactive map by New Zealand author Dave Horry allows you to zoom in on Tasman’s route map and read his actual journal entries for each of his major positions.

The exhibitions are generously supported by the Embassy of the Kingdom of the Netherlands, Dutch Culture and the Shared Cultural Heritage program and by the Allport Bequest.

Image: Portrait of Abel Tasman, his Wife and Daughter. Attributed to Jacob Gerritsz Cuyp c.1637, oil on canvas, Rex Nan Kivell Collection: The National Gallery of Australia  and the National Library of Australia