Stunning Exhibition at the Tasmanian Museum and Art Gallery 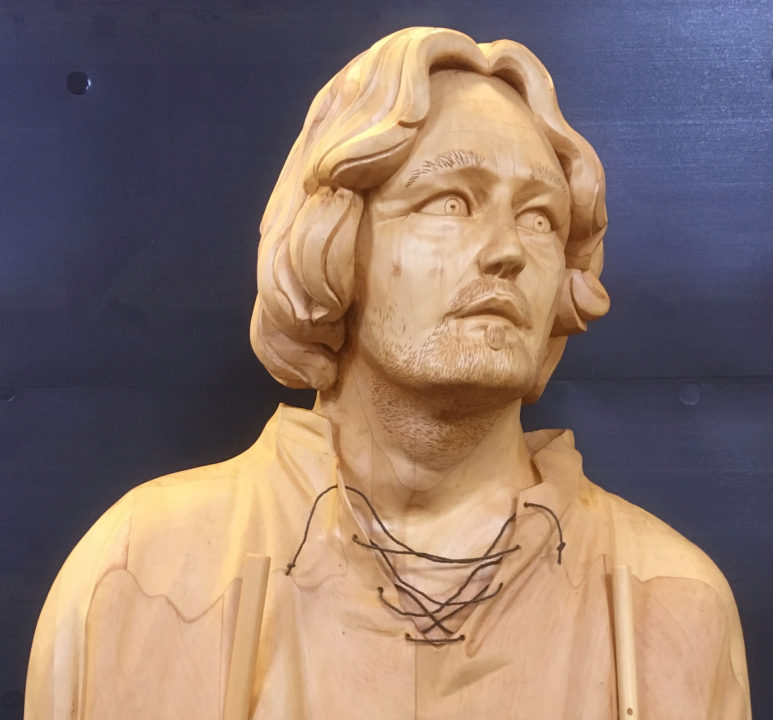 Concurrent with the MyState Australian Wooden Boat Festival, and running on until March 5 at the Tasmanian Museum and Art Gallery, the exhibition ‘The Early Dutch Explorers’ will transport you to the middle of the 17th century, aboard a creaking, rolling wooden ship wandering very far from home.  You will discover the world of the fabulously profitable Spice Trade, which carried rare and valuable spices from the East Indies to the tables of the European aristocracy making millionaires of some and ending in tragedy for others. Voyage with commander Abel Tasman, chief navigator Frans Jacobz Visscher and artist Isaac Gilsemans as they explore uncharted waters in search of the Great South Land for the powerful Dutch East India Compnay, the ambitious overseas arm of a newly independent Netherlands.

The fascinating story plays a pivotal part in Tasmanian history. Previously undiscovered by European explorers, Van Diemen’s Land (named by Tasman for the Dutch Governor of Batavia) would  remain a remote, pristine home for the Palawa indigenous people for another 135 years until French and later English ships arrived on voyages for science and empire-building in the late 18th century.  But why were the Dutch making such risky expeditions into the vicious Roaring Forties, putting their ships and sailors at risk of disaster? Why did they not stay? How did they perform  these extraordinary feats of seamanship, in a time before the sextant or the marine chronometer had been invented?  Learn the answer to these and many other questions at the beautiful exhibition, created cooperatively by Dutch curator Karen Meirik, working on one side of the world and Tasmanian graphic designer Julie Hawkins working in Hobart.

The Tasmanian Museum & Art Gallery provides the ideal venue with its wooden beamed, low-ceilinged Bond Store Gallery, so reminiscent of the ships of another era.  Hear the voices of Tasman’s crew members tell their stories of life on the far side of the world.  This irresistible exhibition will literally change the way you see our part of the world and how it has changed in the 375 year since the tiny ships Zeehaen and Heemskerck appeared on the western horizon.

‘The Early Dutch Explorers’ opens at the Tasmanian Museum and Art Gallery on 9 February and runs until 5 March, 2017.  The Museum’s summer hours are 10-4 daily and admission is free.  You will find the exhibition in the Basement Gallery of the Bond Store.  The exhibition is produced by the Australian Wooden Boat Festival, Inc and acknowledges the generous participation of the Government of the Kingdom of the Netherlands, both here in Australia and in Europe.