Doing It By The Numbers 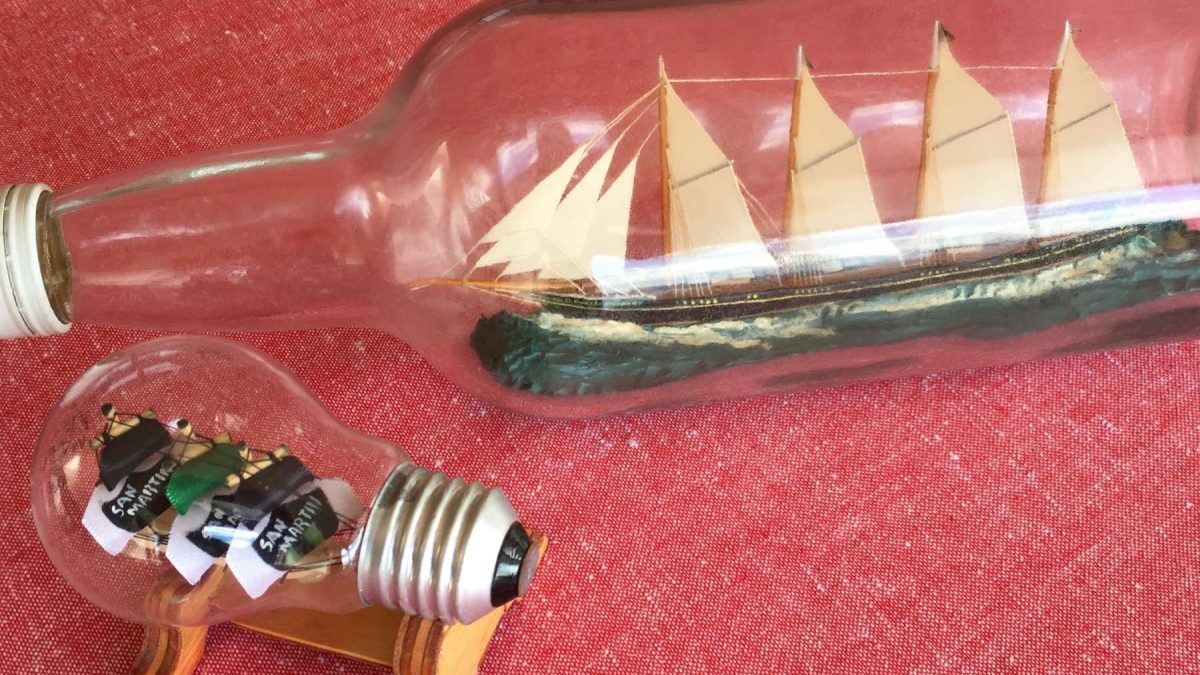 We were delighted (and OK, a little surprised) at the huge interest shown in the Ships in Bottles exhibition at the TasPorts Mac 02 Cruise Ship Terminal  during the 2019 MyState Bank Australian. Wooden Boat Festival.   The display was planned by Model Boats Coordinator Michael Stoddart, who is himself an enthusiast and collector of these wonderfully intricate tiny models of wooden boats. The question was: how many ships in bottles can we arrange to bring together in one place at one time, and thus set an Australian record? The plan was to invite ships-in-bottles owners to bring them along on Saturday 9 February and display them to the public for just one day. When proud owners and eager visitors started piling in the doors as soon as we opened, we thought we were on to a winner.  Who knew there would be such a strong demand to see these little marvels? 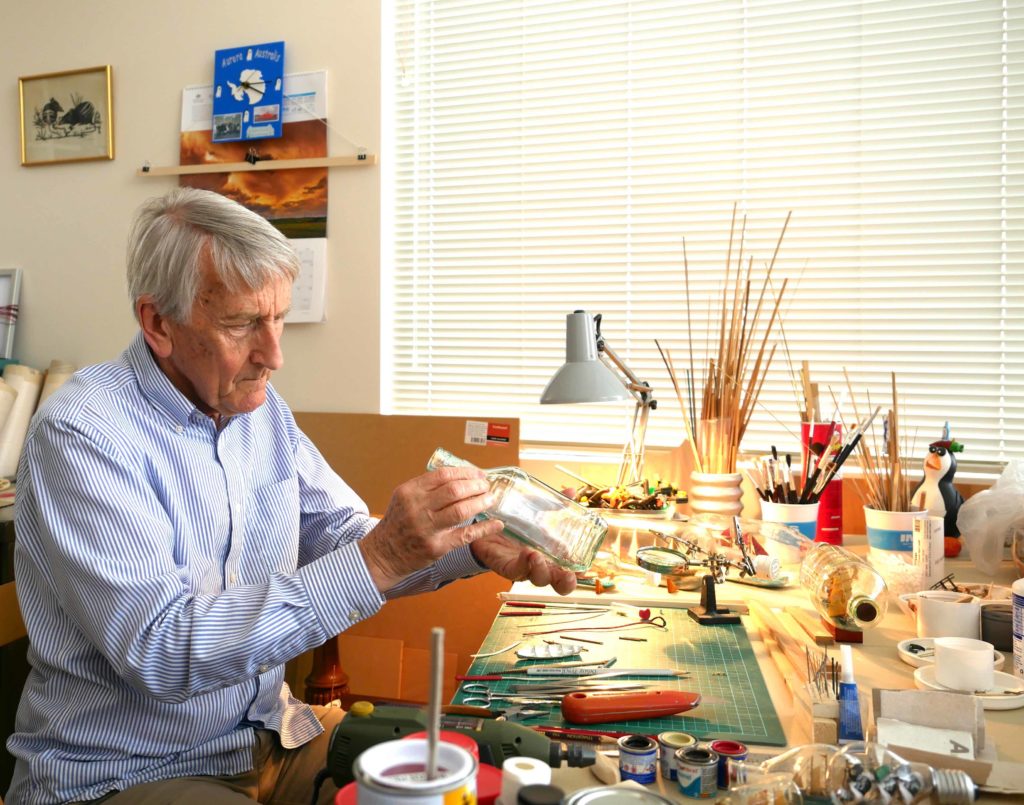 Prof. Michael Stoddart has an unusual and challenging hobby. 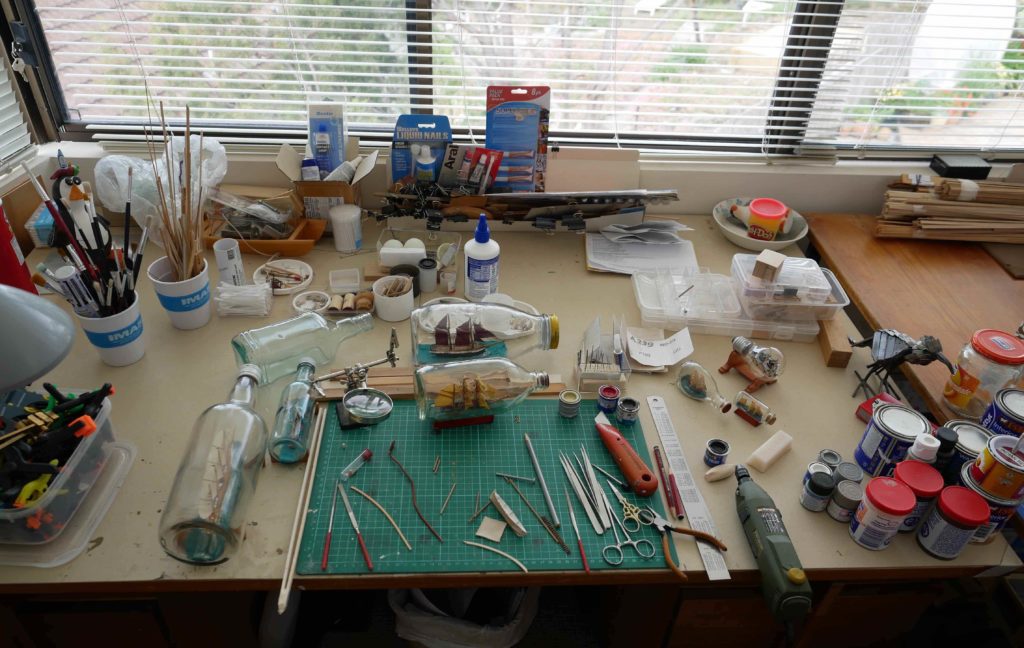 The tools of the trade

“People are genuinely fascinated with these little ships.  You want to ask: How on earth did that get in there?”

Michael explains that while most are presented in glass bottles, some examples are more unusual than that – a three-masted schooner in a light bulb is an example. On the day, hundreds of people came to see the models and attended the official record count at 1:00pm.  “We were turning away people on the following day, many of whom were disappointed that the exhibition did not run for the full length of the festival. Personally, I was astounded by the trouble some people took to bring their ships along.” says Michael. “One man jumped in a plane in Brisbane, with his ship in a rucksack and flew all the way to Hobart just to show it. Another came over from Melbourne with his whole collection.”

“We had never tried it before, and we had no idea whether it would work.” explains festival general manager Paul Cullen.  “The Cruise Ship Terminal was an ideal venue, but it was only available for one day, so we took the offer and held the official count on the Saturday. Next time around, we’ll be looking for a venue that can accommodate the Ships-in-Bottles Exhibition for the whole four days.” And what was the final tally? “We counted 256, I believe, says Paul. And did that break the record? “Well no, actually there hasn’t been an Australian record before, so we’ve set a new one.  We’ll have a tilt at 500 next time!” 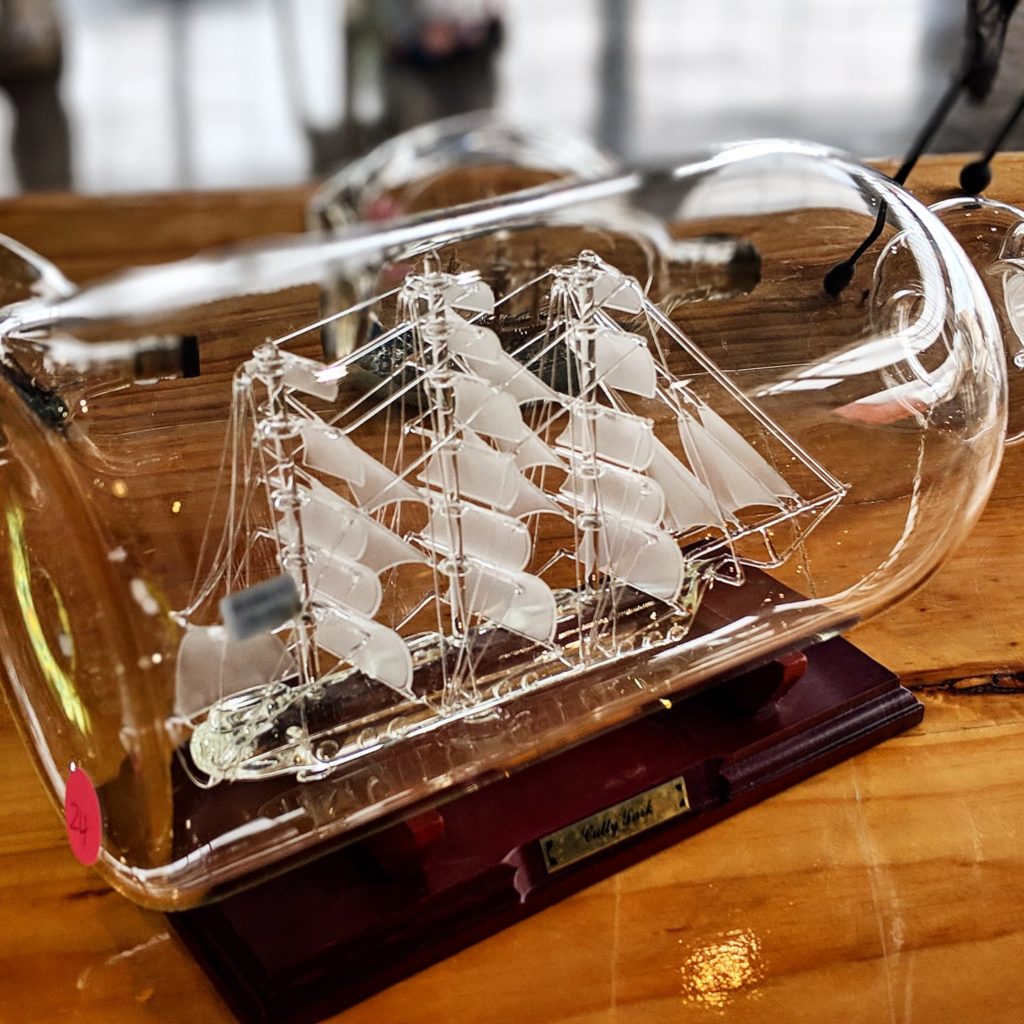 A stunning example of a glass-within-glass Cutty Sark turned many heads at the exhibition. Photo (c) Sandie Faulkner/BALLANTYNE photography 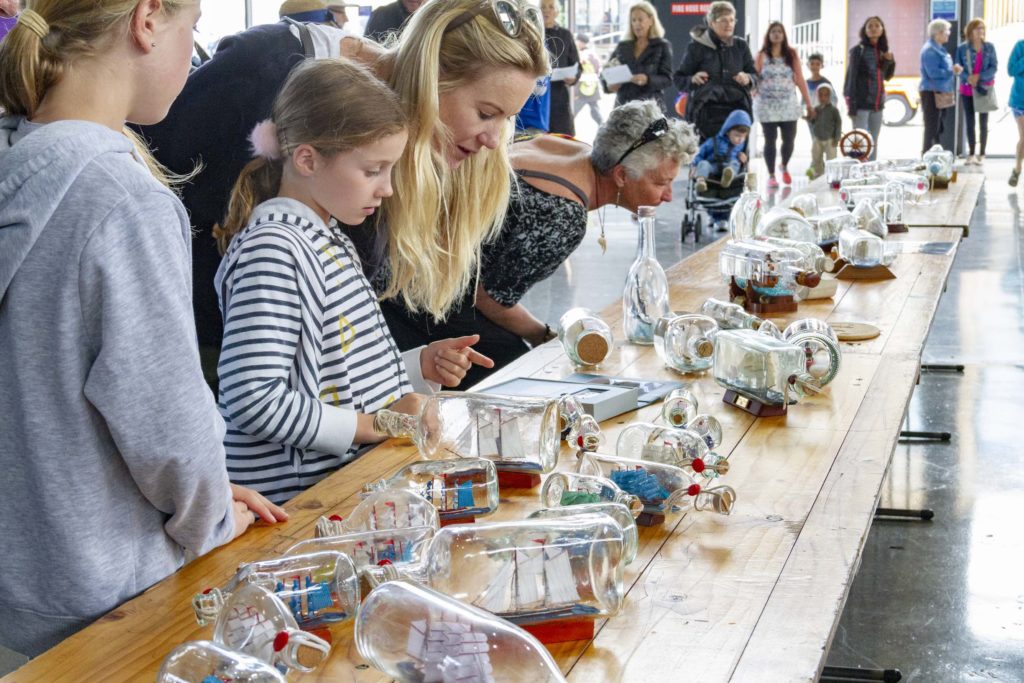 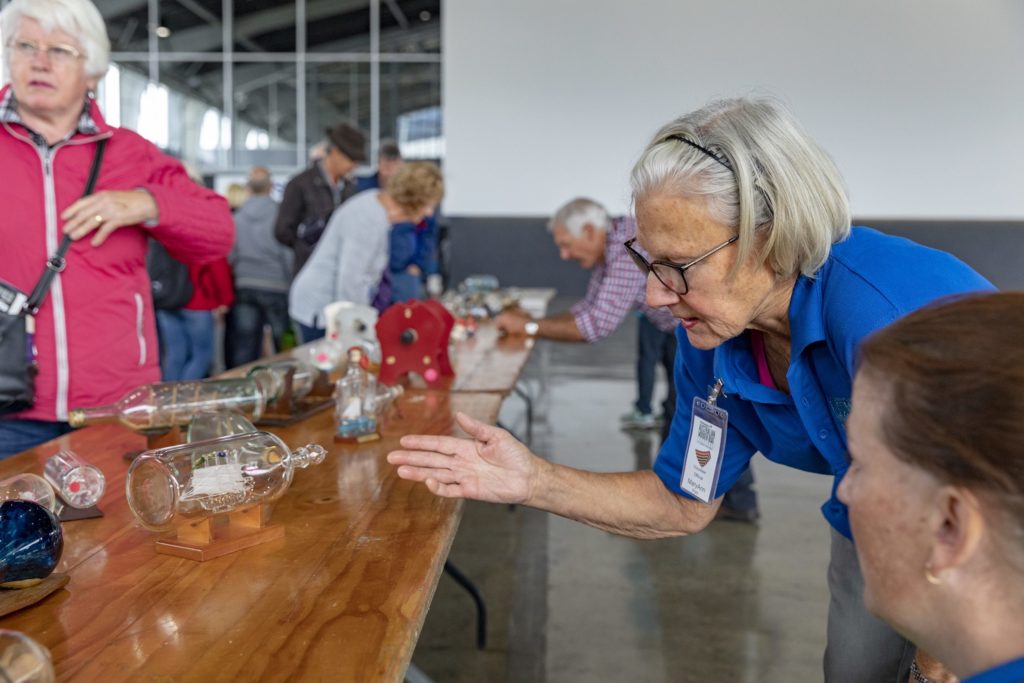 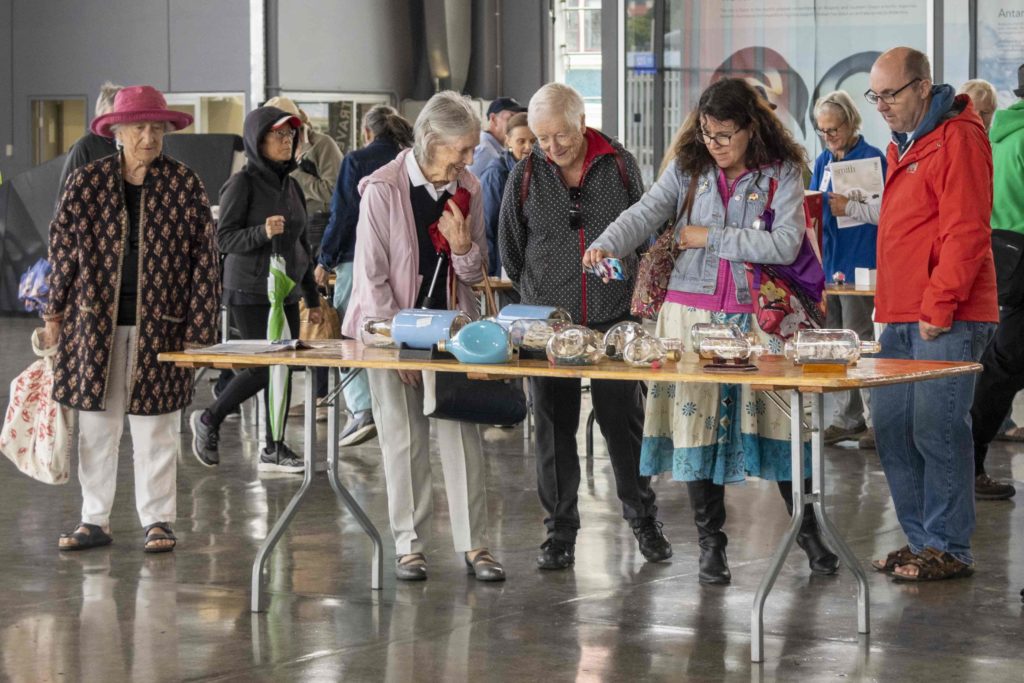