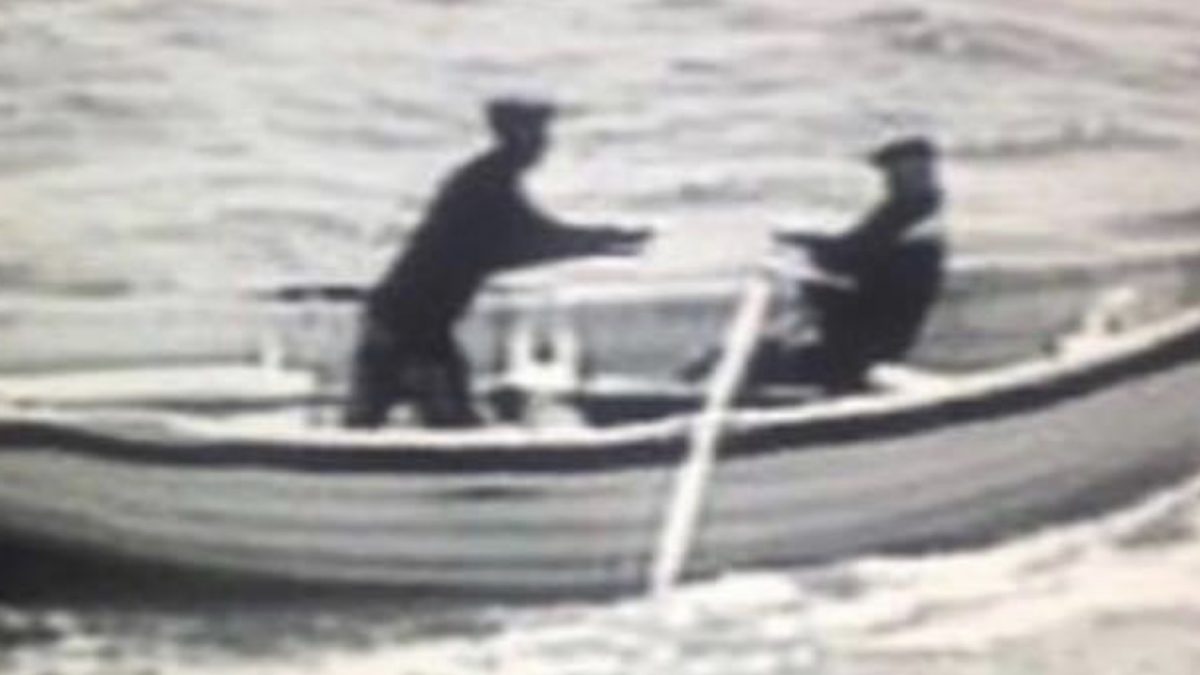 Roger reached out to us after our latest newsletter, to share his wooden boat story. Read the story of Roger and Louise below.

“Hi, my name is Roger and I have an amazing story. It begins in 1868 in Port Philip Bay with the sea pilots venturing miles out to sea through the rips, to greet incoming ships. Whale boats were originally used, but after many incidents the vessels changed to sailing vessels. These sailing vessels required tenders to get up close to the inbound and outbound ships and one of these tenders was Louise.

The design of these tenders was based on the sailing ships jolly boats, with a little more beam. They were 18ft long and 7ft wide, only drawing around 1ft with a small dipping lug and two oars for two oarsmen with one oar each. In 1900 the pilots moved into the age of steam and three steam ships were used, PV Alvina, PV Akuna and PV Victoria and the tenders from the sailings ships were placed on the steam ships and continued to be rowed to greet ships.

The local Queenscliffe boat builder would build two new tenders each year to replace the oldest and most damaged. By 1945 engines were being installed into the tenders, so the hull shape changed to suit and by 1950 all oar powered tenders were sold from service. Louise was one of these famous hard working tenders and finished service some time in the 1950’s, after working the water for nearly 100 years.

My father purchased Louise in 1965 and took her to Limeburners Lagoon behind the Geelong Grammar School where he formed a club called the Lagoon Boat Club with seven other boat owners. My father was the driving force behind the club and the drive behind him was better facilities to maintain his boat Louise. We used her for family outings, as a work boat, a rescue boat and a sailing boat. By this stage she had a small engine so in 1989 an upgrade was required, so a Yanmar YSM8 was installed. My father then moved Louise to Queenscliffe, where he discovered more information on the history of Louise.

Then in 1990 trouble arose as Louise started leaking badly and an assessment found her ribs were rotten and nails loose in holes. There was two options, sell her or fix her. Of course we decided to fix her; she was re-ribbed, re-nailed and any other repairs required were carried out.  I started finding old photos of Louise and decided to bring her back to her original design, and removed the deck coamings and placed the thwarts as the hull showed the marks where they once were.

My father passed in 2017 and ownership of Louise went to me. Along with this came the task of maintaining her. I had issues with acquiring a suitable berth for her so the decision was made to place Louise in the Queenscliffe Maritime Museum, as long as she would be as close as possible to the day she was in service, I was happy.”

Roger hopes to have Louise in the Queenscliffe Maritime Museum before the end of the year, on loan so that if finances allow he can take Louise to boat shows around Australia.

Thanks to Roger Spooner for sharing your story with us. If you wish to share your story on your wooden boat, please email office@awbf.org.au