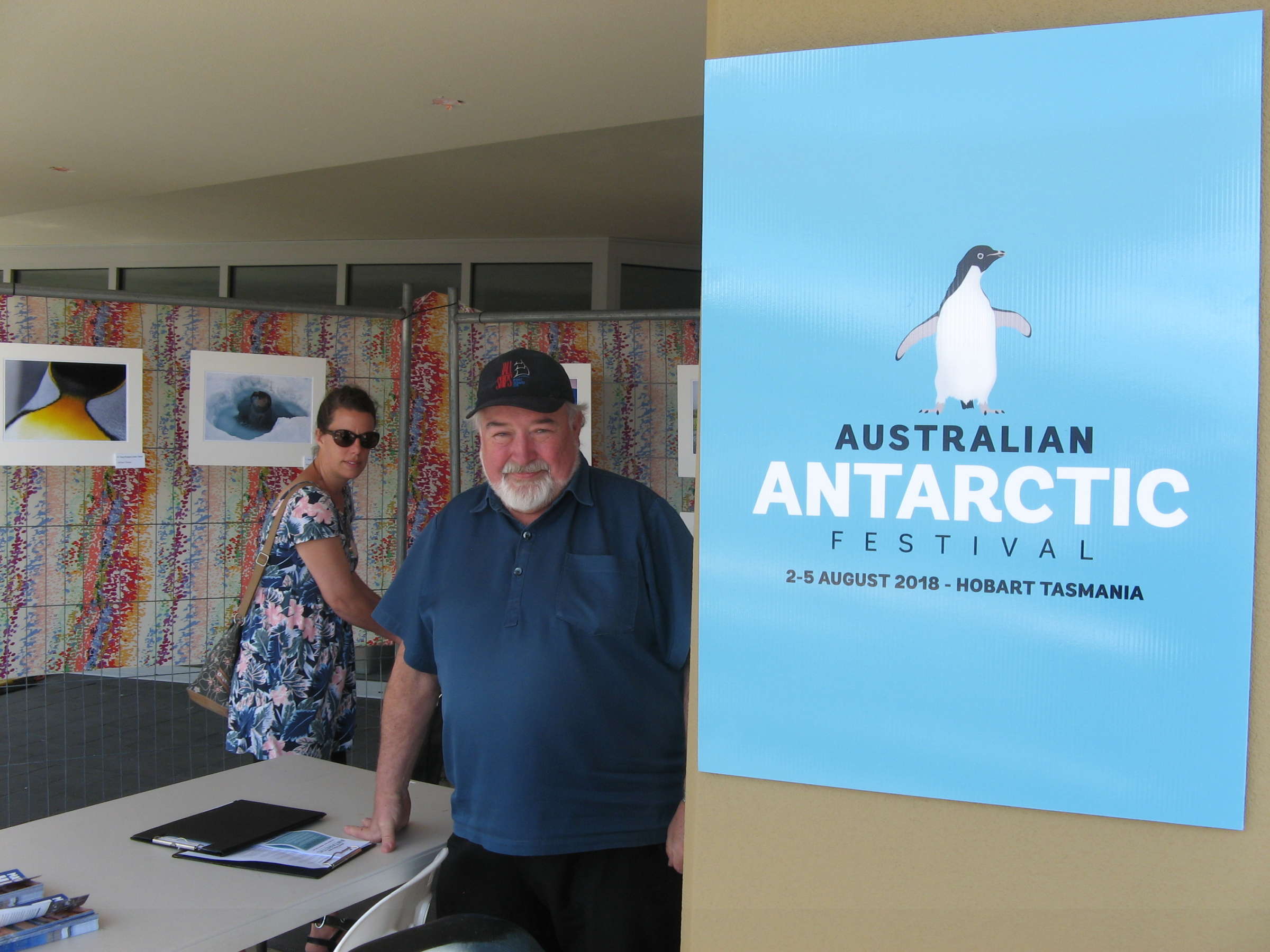 The Seafarer’s Festival at Bellerive, organised by the Clarence City Council, is a light-hearted, family friendly waterfront event held every October. It features all sorts of activities, from serious scientific displays by the Australian Antarctic Division to some fairly silly on-water romps, including a raft race with ‘fisherman’s rules’ – that is, no rules at all. AWBF was there to promote the Australian Antarctic Festival coming up in August 2018, which we will help to produce. General manager Paul Cullen didn’t have to look far for a familiar face – AWBF board members Peter Higgs and Graeme Hunt were just next door, representing the Wooden Boat Guild of Tasmania. Volunteers from the Mawson’s Huts Foundation chipped in to help.