Russell and Trim; The story of a little lifeboat 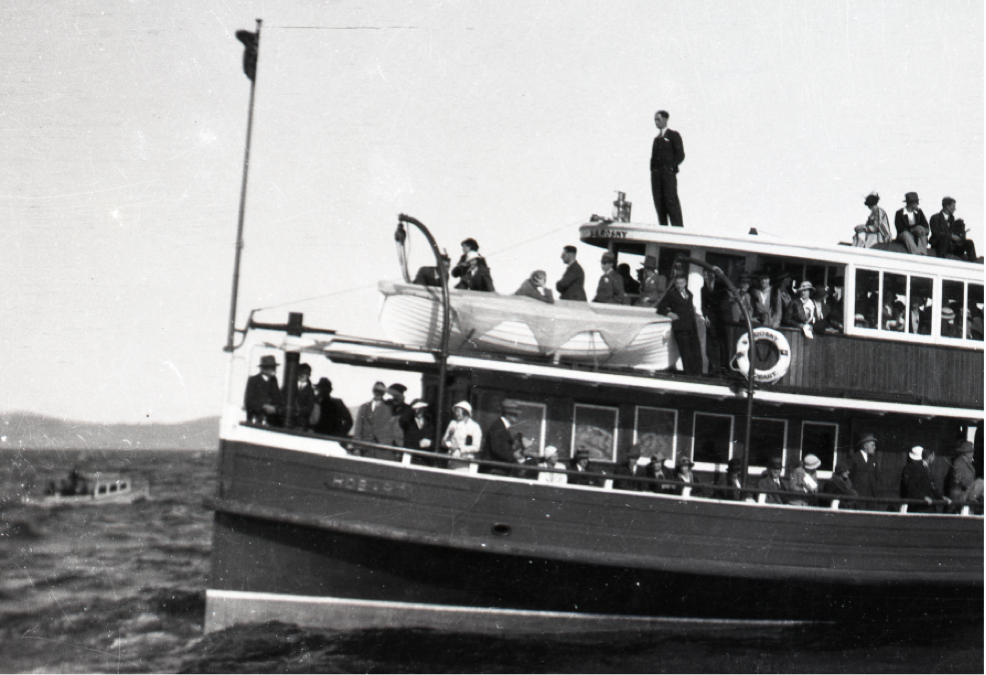 A Trim Centenarian; This sturdy 15 ft craft led a blessed life, spending her first half-century crisscrossing Hobart’s Derwent River then Melbourne’s Hobsons Bay but rarely getting wet. As a lifeboat, she sat under canvas on the deck of the steam ferry S.S.Rosny before a troop of Sea Scouts launched her into a new career as a training vessel. Historic workboats are an endangered species, but this little Tasmanian has remained remarkably intact for over 100 years. Corroboration of the craft’s origin came from photographs in the Maritime Museum of Tasmania that verified the proportions, lines, lapstrakes, and roundels of Rosny’s lifeboats.

The Rosny Estates & Ferry Co Ltd commissioned the Hobart shipbuilding yard of Frederick & Harry Moore to build the 110ft Rosny, and it was launched on 26 July 1913. The ferry worked the Derwent River from 1913 to 1919, then Port Phillip Bay until 1931; back in Hobart, it operated until 1963. Rosny sank at her mooring in 1968, and among the salvaged items was a lifeboat bought by the 18th Launceston Sea Scouts (now 1st Tamar Sea Scout Group). The current owner, Russell Kenery, purchased the boat in 2012 and christened it TRIM after Mathew Flinders’ cat that voyaged the world.

From about 1810, utility workboats were vital to life in Hobart, delivering people and goods from point to point and ship to shore. TRIM’s design is a traditional workboat before the advent of small marine engines. A proportion of 2.7 beams to length gives seaworthiness, good carrying power, and fair speed. The hull has a flat, shallow draft for pulling up on shore. Construction is clinker-build in Huon pine, with little sheer from bow to stern maximizing freeboard. The thwarts accommodate four rowers, and the double-ender design makes her a very maneuverable rowing boat. TRIM also sails very well under a short-mast, sliding Gunter mainsail with a stem-mounted headsail, and the whole rig stows within the length of the hull.

When Russell stripped the hull down to bare timber, he found the Huon Pine lapstrakes were sound, despite their age. He used marine epoxy to fill cracks and dents and a flexible bonding sealant to caulk the rebates along the keel, stems, and lapstrakes.

TRIM is on the Australian Register of Historic Vessels (HV000596) based on significance, completeness, integrity, provenance, and rarity.

Thanks to Russell Kenery for sending his story in. If you have an important wooden boat story, please be sure to send it in via email to office@awbf.org.au