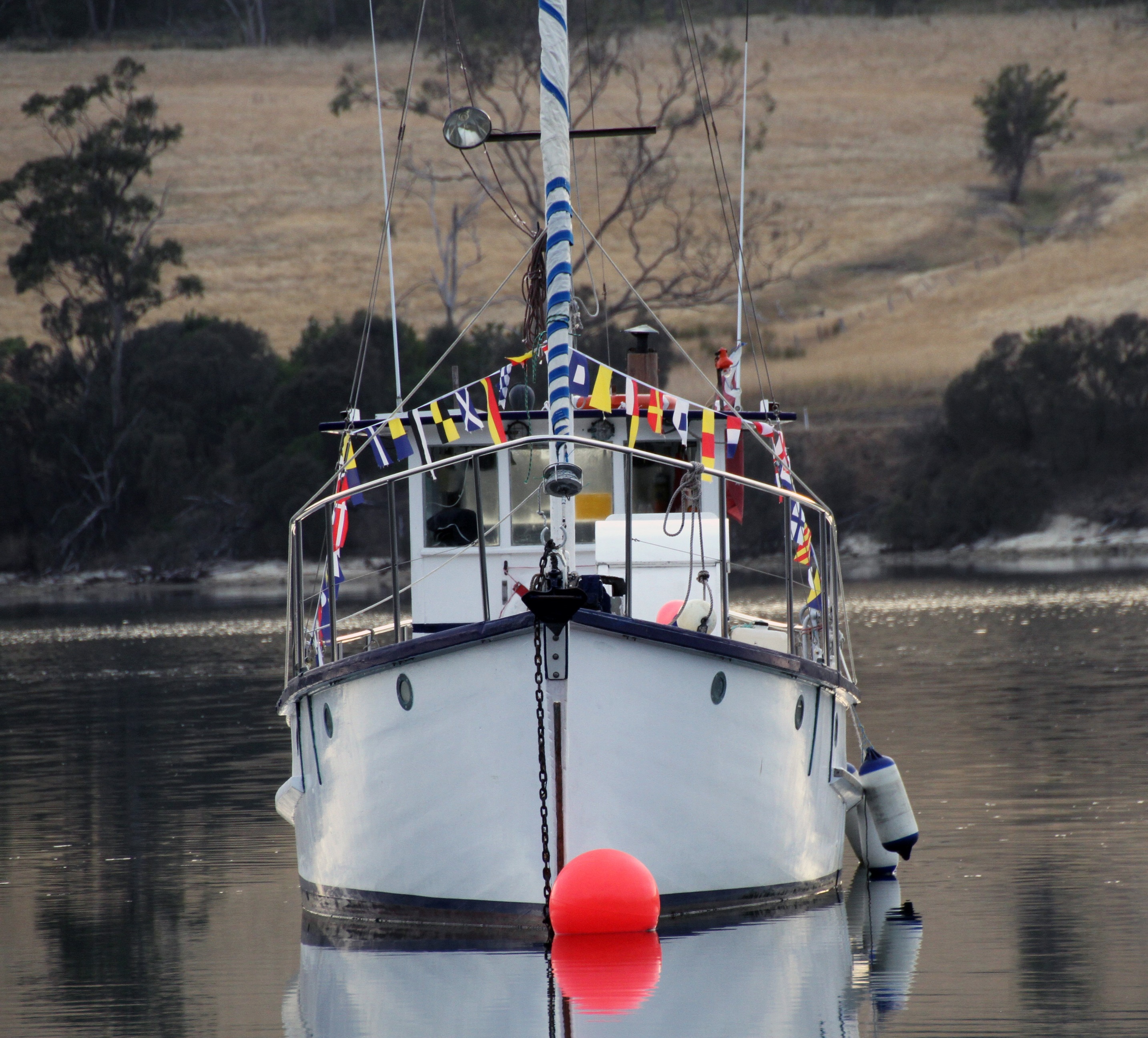 Riawe’s story is embedded in Tasmanian maritime history, originally designed and built by Ned Jack at Trevallyn in 1912. Now, 107 years on, no major restoration, refit or rebuild has been necessary. She is essentially the same sturdy wooden boat Jack built, given her continuous use and maintenance in maritime survey as a commercial fishing boat.

Riawe at the wharf in Robbins Creek, Robbins Island. Circa 1916

Riawe has had more adventures and near misses than should be expected of any vessel. Beginning with a minor but important role with Tasmania’s most famous maritime, air transport, and pastoral family – the Holymans; followed by many eventful years as a Tamar River ferry; a stint of active wartime service as HMAS Riawe 772, protecting Tasmanian shores during WWII; and a long and not uneventful life as a fishing boat with a number of masters.  She has seen most of Tasmania’s coastline and racked up numerous scraps with other boats, rocky outcrops, sandbars, thieves and maritime authorities.

As we close in on two centuries of Holymans history in Tasmania, we reflect on Riawe being the last of the Holyman fleet afloat. Riawe carried stock and stores from Bridport to Waterhouse Island, and on one occasion is reported to have carried ninety sheep on board! She was tranferred to Robbins Island in the north west in 1916 for similar duties. Riawe’s shallow draft was an enormous benefit in the treacherous island service.

Riawe as a passenger ferry on the Tamar River circa 1930

Gordon Alison purchased Riawe in 1924 for carrying the mail, passengers and freight by request on the Tamar River. As a river work boat, or ‘oiler’, Riawe piled on animals, firewood, crates of apples and general supplies. She also tendered the large vessels that anchored ‘in the stream’ off Beauty Point. Gordon ran a regular passenger service from Beauty Point to Georgetown for 26 years. At one time he was fined for carrying 62 passengers on one trip! 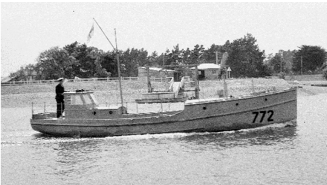 HMAS Riawe with CPO Gordon Alison in the Mersey River. 1944

With WWII on our door-step, Riawe was one of many vessels requisitioned by the Dept of Navy for Naval Auxiliary Patrol Service in January 1942, and by September that same year she had been mobilised into full-time free Naval service. She was commissioned HMAS Riawe 772 and posted to northern Tasmania on active duty with Gordon Alison as skipper/CPO and two crew. She patrolled between Low Head and the Mersey River for almost 2 years logging enough nautical miles to have travelled 1.5 times around the world. There was even an encounter with a Japanese submarine off Greens Beach!

The Lady Pam at Kettering with the net reel fitted. 2004

Riawe was fitted out for professional fishing in 1952 and continued in that role as ‘The Lady Pam’ until 2004. At one time she was carrying 62 cray pots on deck and known to have had almost a ton of crayfish on board. In later times she was net fishing with exceptional results, and stories of stripeys being stacked so high on the deck that whenever the boat rolled the fish would slide off.

Now retired and serving as a pleasure craft, in February 2007 Riawe was classified as a vessel of significance and was registered with the ANMM as an ‘historic vessel’ (00090), which ensures that her historic, aesthetic, scientific and social values are maintained for present and future generations. By 2012 Riawe was also recognised and listed by the Royal Australian Navy as an ‘historic naval vessel’. Although the book “Riawe’ has now been published, the anecdotes keep coming and the story goes on