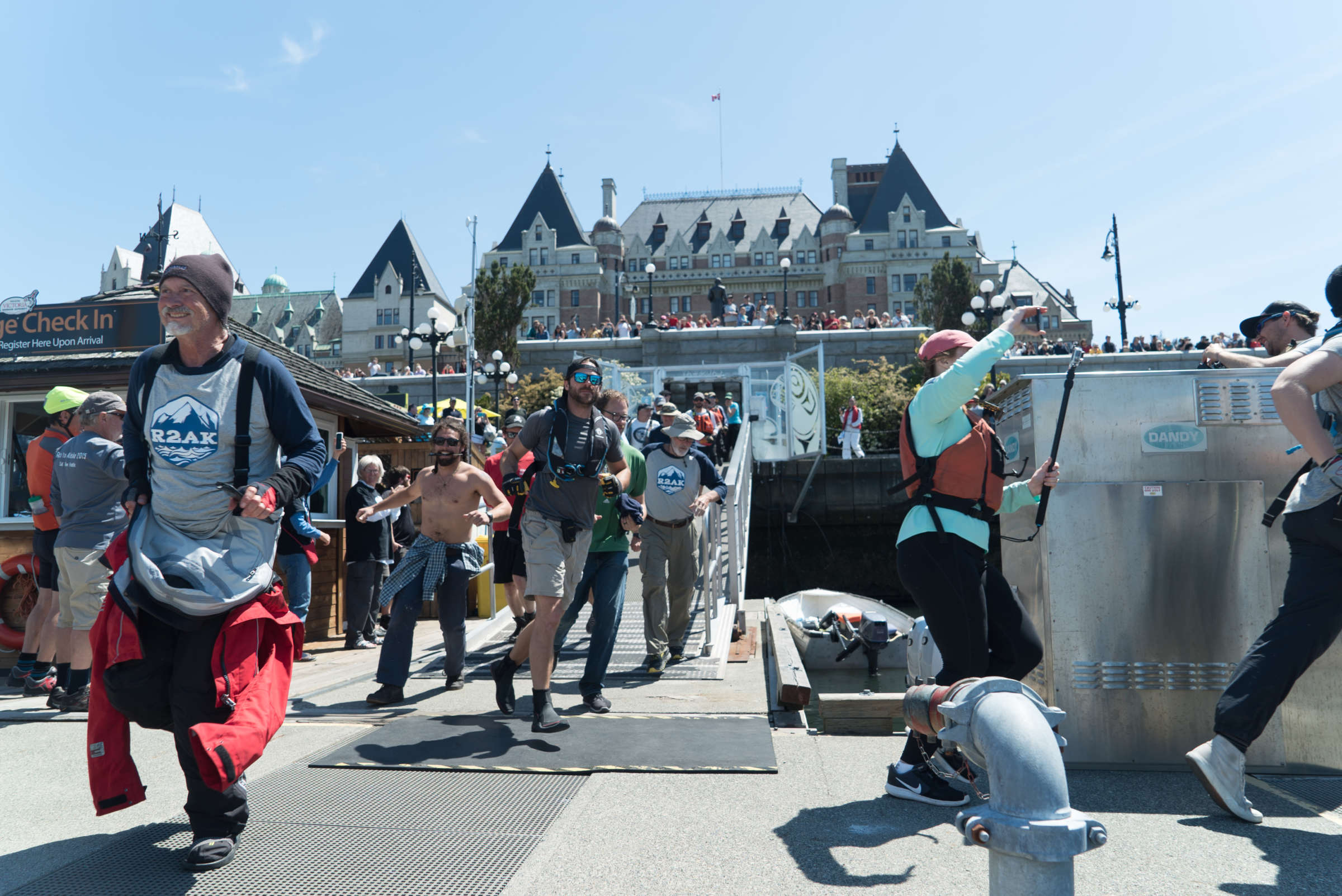 It doesn’t come any madder than this, and fair warning, they are coming this way!

The Race to Alaska (also known as the R2AK) is a boat race, but no ordinary boat race. To quote from their own publicity, it is:

A boat race, with a chance of drowning, being run down by a freighter, or eaten by a grizzly bear. There are squalls, killer whales, tidal currents that run upwards of 20 miles an hour, and some of the most beautiful scenery on earth.

The lunatics who run this event have their eye on Hobart and the MyState Australian Wooden Boat Festival, because this is the sort of environment (remote, wild, cold, dangerous) that they feel most at home in. They also suspect that any place where other lunatics go 26 kilometres offshore to surf some of the biggest waves on the planet at Pedra Blanca are probably nuts enough to participate in the R2AK. People who go rock climbing in the remote South Western Wilderness of Tasmania, where there are no roads, no towns and no help if something goes wrong might give it a go. Divers who go hunting abalone in freezing waters commonly occupied by great white sharks are also eligible.

The rules, such as they are, are simple. You must have a boat or something that resembles a boat, with no motor. You can push, pedal, row or sail however you like, but you can’t have a support crew, food drops, safety boat or any other assistance along the way. You can stop and buy a hamburger, if you can find a store somewhere along the 750-mile course through the remote Alaskan watery wilderness known as the Inside Passage. Next stop? Ketchikan, Alaska. About half the contestants never get there at all. The water sits around 10 degrees C. If you fall in, you could be in serious trouble. One guy made the trip unassisted on a stand-up paddle board.

If this sounds like your cup of salt water, keep reading. We are talking to the race organisers about coming to the 2019 Australian Wooden Boat Festival to show you what they do. They are recruiting, sort of. There have been a handful of Aussies in the race before, but we think they might have just drunk too much beer in the pub at Port Townsend the night before and set off by mistake. Last year 41 teams started and 27 finished.

Stay tuned: we’ll let you know once we’ve confirmed arrangements with these nutters and invited them to our party.