One for the Gaffer 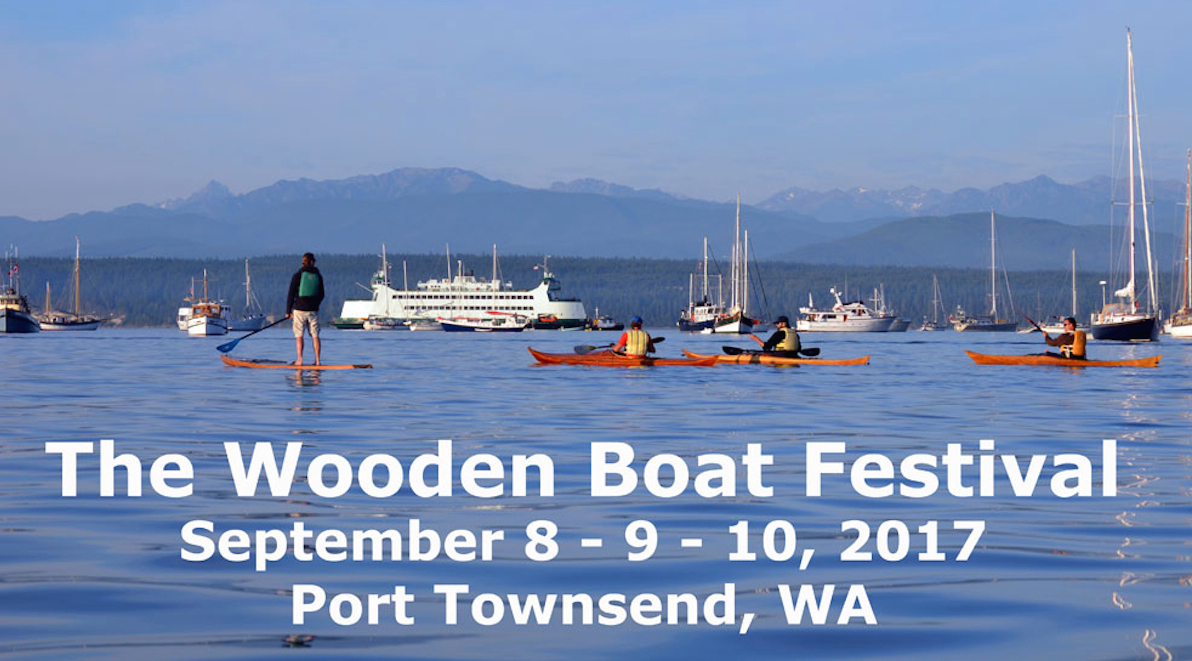 Back in 1977, the northwest corner of the United States was a fertile stamping ground for many veterans of the counter culture that had flowered in the 60s and early 70s in the US. Communes, farms, experimental communities and festivals flourished in a score of rainbow colours. One group of self-described ‘salt water hippies’ gathered in the town of Port Townsend northwest of Seattle with a vision of a community and lifestyle based on the sea and wooden boats. The most visible result, at first, was a festival of wooden boats held at the end of the Northern summer. More than 2,000 people attended the first Port Townsend Wooden Boat Festival in 1997 and the event is largely credited for launching the renaissance of wooden boat culture in the United States. The event has been presented annually ever since and the 41st festival will run from 8-10 September this year.

Today, Port Townsend’s Wooden Boat Festival is the most education-packed and inspiring wooden boat event in the world. Featuring more than 300 wooden vessels, dozens of indoor and outdoor presentations and demonstrations, a who’s who of wooden boat experts and thousands of wooden boat enthusiasts, there’s something to do, someone to meet, or a boat to board at every turn. Expanded a little each year, the Festival honors its traditions while inviting energetic debate and demonstration about the latest innovations in boatbuilding, equipment, skills, and adventure.

The festival gave birth to the Wooden Boat Foundation in 1978, as the convenors sought to establish a year-round program for teaching, preserving and encouraging traditional skills and bringing more people into the world of sailing, rowing and working on wooden boats. By 1995, the Foundation resolved that it should buy or build a permanent home and a building fund was established. Port Townsend began to attract other maritime businesses including chandleries, a boat building school and sail training organisations. The Northwest Maritime Centre opened in 2009, offering multiple courses and programs for adults and children.

Kaci Cronkhite, the celebrated sailor, circumnavigator and author – was the director of the Port Townsend Wooden Boat Festival for ten years, from 2002 to 2011. Her first visit to Hobart in 2007 was by invitation from AWBF co-founder Andy Gamlin. She visited again in 2013 and 2015. Kaci has become an active promoter of the Australian Wooden Boat Festival world-wide. Kaci brought the present director of the Port Townsend festival, Barb Trailer, along to see us in 2017. We were delighted to meet a kindred spirit who actually understood what was going on! Barb got to enjoy a wooden boat festival without worrying about whether the microphones are working properly. We’re looking forward to returning the visit and we’ll try to stay out from under her feet!