A Century On, a Tradition Continues

Letter from the Chairman – November 2017 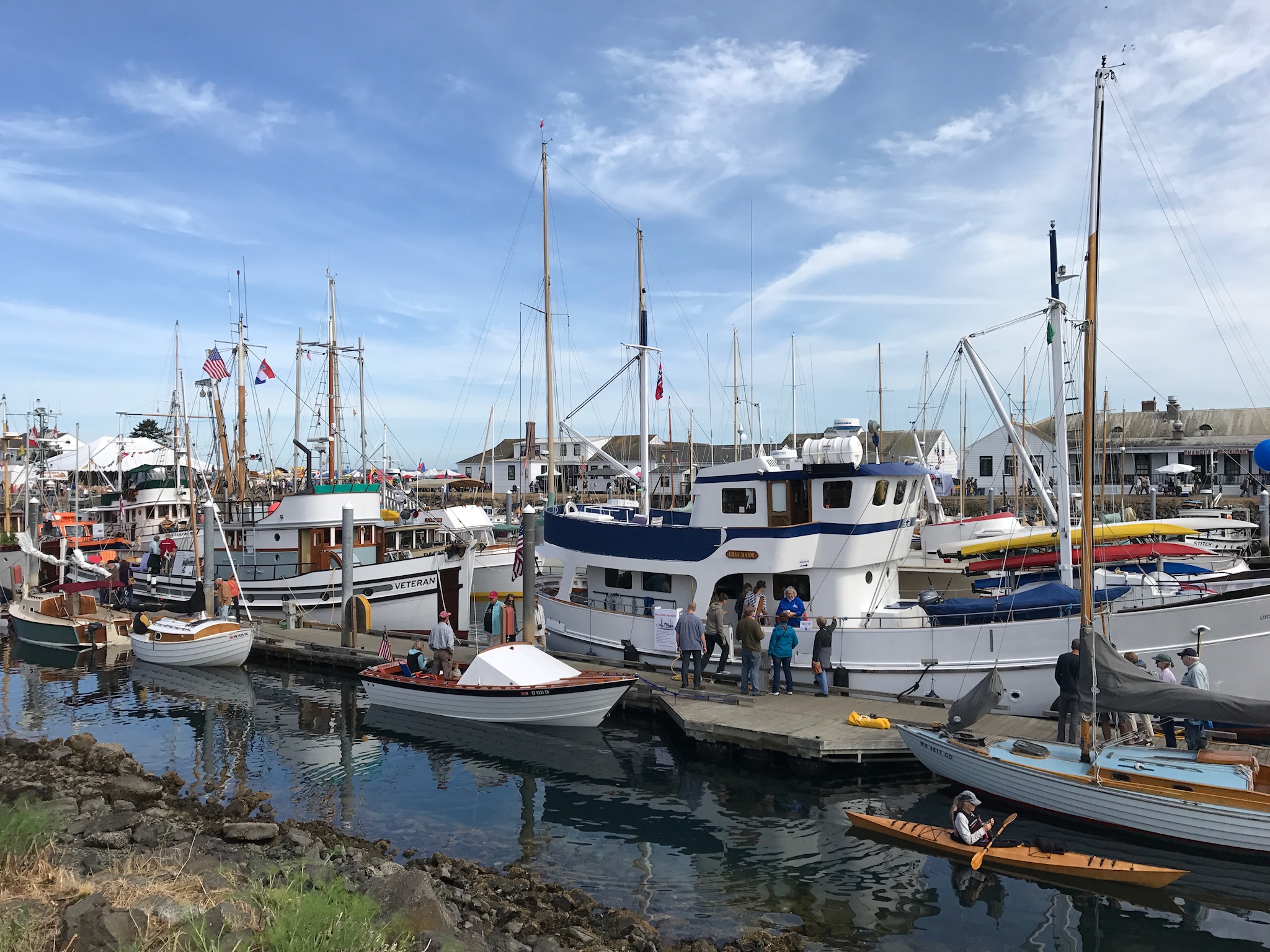 What a Little Ripper – the Port Townsend Wooden Boat Festival

Apparently, AWBF Chairman Steve Knight was in the middle of his presentation at the biggest wooden boat festival in North America, when the audience interrupted with cries of ‘Say that again!’ and ‘We just love your accent!’. It’s true that Americans are generally fascinated to learn that there are other ways of using the English language and Steve soon found himself giving a short lecture on How to Speak Stryne. Members of the audience could be heard practicing ‘Ahyagowan, mate?’ as they filed out of the auditorium.

We definitely have a few things in common.

It was all part of a tremendously friendly and warm welcome to this likeable, feel-good festival at the heritage city of Port Townsend, about 2 hours north-west of Seattle in Washington State, USA. The town itself is a great setting for the festival. Once a boom town in the 1890s, it suffered an economic depression when the railways declined to extend that far. The town has retained a lot of its Victorian character buildings and has a very laid-back atmosphere. The resident population is approaching 10,000, about the size of Kingston, Tasmania

Not so laid back as to be sleepy, though. The place is a thriving centre of wooden boat industry, with a closely connected community of boat designers and builders, shipwrights, sail makers, a foundry and a school of wooden boat building all within a five-mile radius. The festival is annual and we arrived for the 41st consecutive event.

The Port Townsend School of Woodworking

The harbour was entirely taken over with wooden boats, from the magnificent Canadian schooners Pacific Grace and Pacific Swift, through working boats, yachts, motor sailors and small craft. There was a lively program of ‘how-to’ sessions on woodwork, tool craft, varnishing and a dozen other topics, along with lectures and demonstrations in four different rooms in the North West Maritime Centre adjacent to the festival site.

We were grateful to have the help of AWBF members Mike Ponsonby and partner Julie, Lee Knight and Joy Phillips at the festival to help staff the AWBF stall and make dozens of social connections with festival participants. Our trade booth provided an excellent way to spread the message about the Australian Wooden Boat Festival and we fielded hundred of enquiries over the three days. Festival director Barb Trailer and the legendary Kaci Cronkhite made sure we were well looked after and met everyone we needed to meet.

Lee Knight and Paul Cullen on duty at the AWBF stall

After the festival, we stayed on for a short time, invited to visit the North West School of Wooden Boat Building and the remarkable Edensaw Woods. The NWSWBB is a thriving, successful school and we are in discussions with them now about bringing a team of boat builders out in 2019 as part of our North American theme. Edensaw Woods is run by New Zealand expat Jim ‘Kiwi’ Ferris, who has been a Port Townsend local since 1984. He now presides over a 40,000 sq. ft. Santa’s Wonderland of rare and exotic timbers for furniture and boat building and a display of exquisite woodworking tools that would have any enthusiast drooling. We are entreating Kiwi to help with logistics in 2019 and bring some of his unbelievable product lines with him to the Australian Wooden Boat Festival.

As expected, we made some wonderful friends and contacts in Port Townsend, which are already flowering into great projects that have enthusiastic backing in the US. We’re not above pinching some of the terrific ideas we saw at the Port Townsend Wooden Boat Festival and we look forward to returning all the kindness and hospitality we found there.