Everything You Always Wanted to Know About 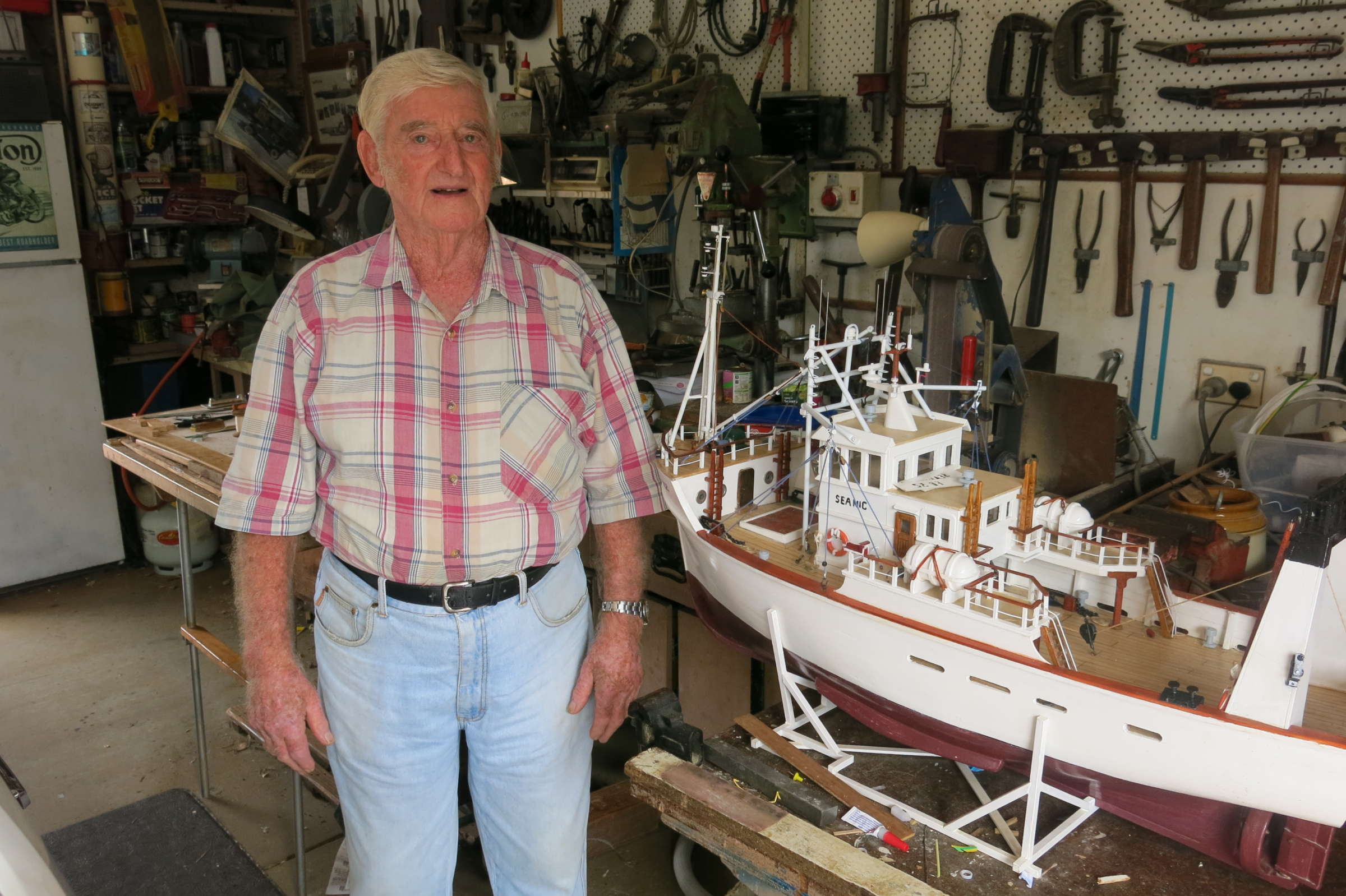 Our peripatetic (OK, we looked it up for you – means wandering about with a purpose) Media Manager, Daryl Peebles, has an eye for a story, even when he’s on the road with his partner, Elsje.  He came across one such story in northern New South Wales.

What would you do in retirement after having spent your entire working life building ships?  Well, if you were Geoffrey Nicholls, you would keep on building ships – only much smaller ones.

After 43 years working at the Cockatoo Island shipyards in Sydney, Geoffrey retired to Brunswick Heads in northern NSW.  With plenty of time now on his hands, and still retaining his passion for all things nautical, Geoffrey started building models.

Most of Geoffrey’s models are built using wood, although two or three of the more than 20 models that Geoffrey has built are made from metal.  But all are beautiful miniature replicas of the ‘real thing’ with fastidious attention to detail and authenticity.

The wooden models Geoffrey has created range from a miniature whale boat which is about 30 cm long to a metre-long Cutty Sark and an exquisite Cook’s Endeavour.   The detail on each is unbelievable.  Geoffrey makes all the rigging from linen threads; each link of a ship’s anchor cable is made individually and the six cannons on the Endeavour have all been individually turned from brass rods.

Geoffrey starts with slabs of timber which he cuts down to size for the model’s framing, garboard etc. right down to almost wafer-thin slices to be used as planking.  Wooden nails are replicated using split bamboo skewers which Geoffrey passes through a 1/16” hole drilled in a piece of metal, the sharp-edged burr around the hole acting as a plane.

During his career at the Cockatoo Island shipyards Geoffrey worked on many ships that are well known to Australian ship-lovers. His first ship was the Battle-Class destroyer HMAS Trobruk, which was launched in December 1947.  Post-war shipbuilding continued at pace, with Geoffrey then working on the Daring Battle Class Destroyers HMAS Voyager and HMAS Vampire; the conversion of the British Q-class destroyer HMS Quiberon  to the anti-submarine warfare frigate HMAS Quiberon,and two River-Class destroyers HMAS Stuart and HMAS Torrens.

Geoffrey also worked on the construction of a new bow for the aircraft carrier HMAS Melbourne after her tragic collision with the Voyager.

From 1962 to 1965, Geoffrey worked on the Empressof Australia, built for the Australian National Line. At the time of her launch, the Empress of Australia was the largest roll-on roll-off cargo passenger ship in the world, initially servicing the Sydney to Tasmania route and ultimately servicing the Devonport to Melbourne run from 1972 to 1986.

The last ship to be built at Cockatoo Island, the Royal Australian Navy’s Durance-class multi-product replenishment oiler HMAS Success, was also the last ship upon which Geoffrey worked before his retirement.

It is interesting that Geoffrey has not built models of the actual ships he helped build during his career.  Instead, he has chosen to broaden his ‘fleet’ to include a variety of vessels.  Walking through Geoffrey’s house you will see a North Sea fishing trawler; the Thames River tug Moorcock; the Scottish-built cargo ship MV Cranborne as well as the historic ships such as the Cutty Sark and the Endeavour.

Geoffrey said he would love to come to Hobart for the MyState Australian Wooden Boat Festival next February and bring some of his models with him.

However his eyes lit up when the world record attempt for the largest assembly of ships in bottles was mentioned.

“You know I’ve got a couple of those as well,” he said.

Who knows?  Maybe we will see Geoffrey in Hobart next February.