Maritime Stars Line Up For AWBF 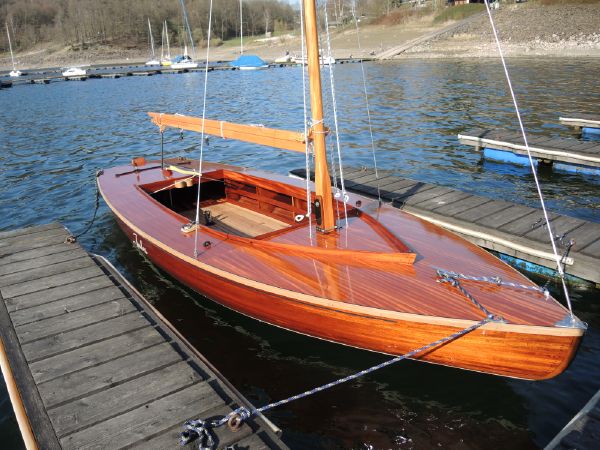 The Dutch Boat Project is off to a racing start with the first cut of the rare Tasmanian timber that will be used for the construction of a 6-metre BM (Bergumer Meer class) sailboat at the Wooden Boat Centre in Franklin, Tasmania. A 6m celery top pine log was opened at Roger Linnell’s old sawmill by AWBF regular Dave Golding and his good mate Hayden Abbott. Recovered from Lake Pieman in Northwest Tasmania by innovative Tassie entrepreneurs Hydrowood, two logs were generously donated by the company to supply the project and demonstrate what an amazing resource we have, sleeping deep in the tannin-stained water of our highland lakes.

There is a plan

The timber is now stacked and drying in preparation for the arrival of the six-strong team of young Dutch boat builders and their instructor, Bert van Baar, in early December. Hosted by the Franklin Working Waterfront and the local Dutch community, the apprentice shipwrights will commence a strenuous nine-week build, ready to launch and compete at the Australian Wooden Boat Festival in February 2017.

The BM is a recognised class of Dutch sailboat, particularly popular for its straight-forward construction, low material cost and competitive sailing qualities. The design goes back to 1928 and now has several variations. It is often referred to by its sail area: 16m2. The exact size was dictated by an old law that taxed boats with larger sails at a higher rate.