Maori Lass Gets Some Attention

This really is only because, students may immediately link with some of those things, and for them, such topics are more likely to turn into an appealing theme to discuss. If students triumph on college writing projects, they need to succeed on this kind of test. The student may see a gigantic leap in their own grades and locate a lot article writing for grade 7 period for several other actions linked to studies and recreation. A student who doesn’t tackle his inferior scores, to the opposite palm, may just be presumed to become a lousy student. 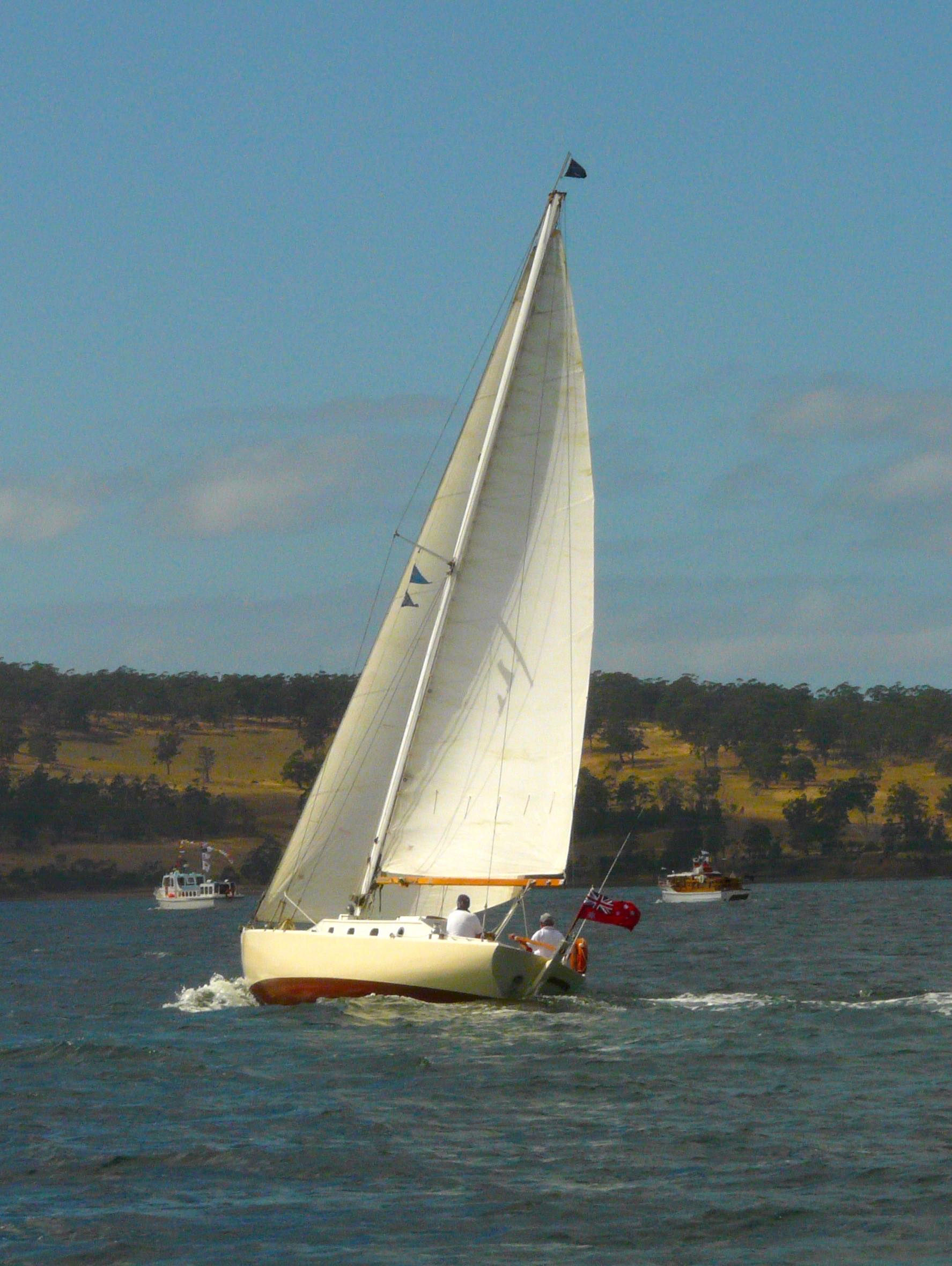 Our long-serving Dock Master, Ross Barnett, is a man who knows a thing or two about wooden boats. He’d restored enough of them, God knows, and there probably isn’t a piner’s punt in Tasmania he’s not on first-name terms with. So when he decided that his beloved Maori Lass needed a polish up for her 70th birthday (this is not the beloved Mrs. B, you understand, but a 30’ compact offshore cruiser built in Hobart in 1948), he should have known what he was in for. Roscoe did know enough to enlist the services of master shipwright Terry Lean to ‘replace a few ribs under and astern of the engine and give it a lick of paint around the topsides. Six weeks, eight at the most.’

Captain Crusty gets to work

We know, dear reader, we know. You have already laid your head to one side and adopted a knowing look. Stand by, they’re going to lift Maori Lass out of the water and put her into the Gardners Bay shed once occupied by the fabled Wilson Brothers, creators of Varg and many other superb Tasmanian boats. Terry Lean will be in charge, assisted by Captain Crusty (aka Ross Barnett) in the part-time project to complete the tune-up.

Terry has the runs on the board, having worked on the restoration of the Kathleen Gillett (now in pride of place at the Australian National Maritime Museum in Sydney) and the Jock Muir boat Lahara. Trained at Halvorsen and Gowland, he was shipwright and charge hand for Halvorsen Boats at Bobbin Head, then for Beashel’s in Pittwater before moving to Tasmania and taking up the position of principal tutor and boat builder at the Wooden Boat Centre on the shores of the Franklin River. Terry, who is also a qualified marine surveyor, continues to practice his traditional trade, with many notable boats to his credit.

Remind me, Terry, where does this bit go?

Maori Lass was designed by HE Cox and built by fellow New Zealander Ron Andrewartha with the help of his two sons, Tom and Bob. The two Kiwi gentlemen took Mrs Trewartha’s advice and christened the boat with an appropriate name. Built from Tasmanian blue gum keel and ribs with celery top pine planking, she was designed for true ocean sailing. The boat has proved herself well up to that task, having spent considerable time in Sydney, the Great Barrier Reef, Darwin and around the world via Singapore, the Suez Canal, Panama Canal and across the Pacific.

We caught up with Ross here in the AWBF office recently to see how things were going:

AWBF:   So, Roscoe, having started the re-fit back in September, how is that 6 week project coming along?

RB:    Have you seen the state of those ribs? It’s like a jungle in there! Christmas. We should be done by Christmas. Well, soon after Christmas, anyway.

AWBF:   That’s OK, Roscoe, but the next festival is just 13 months away. Do you reckon you’ll be clear by then? We need our Dock Master back, after all.