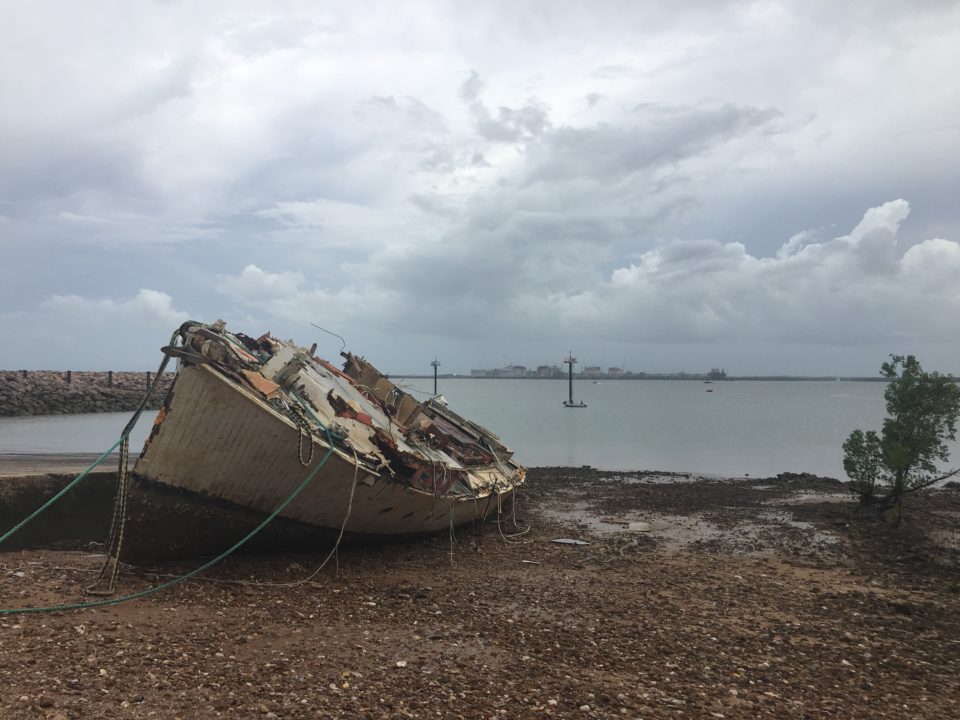 HMAS Rushcutter served as a training ship, coast watch vessel, Harbour Defence Motor Launch HDML 1321 and most famously in Operation Copper, delivering commandos on the ill fated raid on Muschu Island in 1945. Sadly, this Historic naval vessel may have come to the end of the line.

The Rushcutter sank in Darwin Harbour on the 19 Oct 2016. It was raised mid November and has since been in the possession of the Darwin Port lying beached at the Bhagwan Marine facility at East Arm. The Darwin Port, leased by the Chinese Langbridge Corporation, advised this week that if it is not moved immediately it will be dragged up the WW2 Catalina Ramp and burnt in the same pit as illegal fishing boats. If not for the efforts of the local federal member Luke Going OAM MP, himself an ex-commando and Bro Palmer, the son of the wartime Captain this would have happened already.

Built of old growth Huon pine, by Purdon & Featherstone in Hobart in 1943, the vessel is 80ft long and weighs over 70 Tonnes. It has sustained significant damage during the recovery, and it is understood that the keel is crushed and the hull is damaged. It will never sail again.

The Australia Defence Force and the community have been asked for assistance to help move Rushcutter. Firstly, the two original 5 Tonne Budda engines, 1T gearbox and 5T of lead ingots need to be removed to reduce it down to its registered light weight of 48T. Then the hull needs to be transported by road the 20 km to a Frances Bay where Paspaley Pearl Marine have generously offered a cradle and where restoration can begin.

A community group has been formed for the purpose of raising funds and realising the vision of exhibiting the vessel as a permanent memorial. Darwin is the patrol boat capital of Australia and would join Brisbane, Sydney, Melbourne, Whyalla with WW2 vessels on display.

Rushcutter is the last of the coast watchers and the last of her class in existence. All offers of assistance would be gratefully appreciated.