AWBF Presentation at The Tasmanian Club 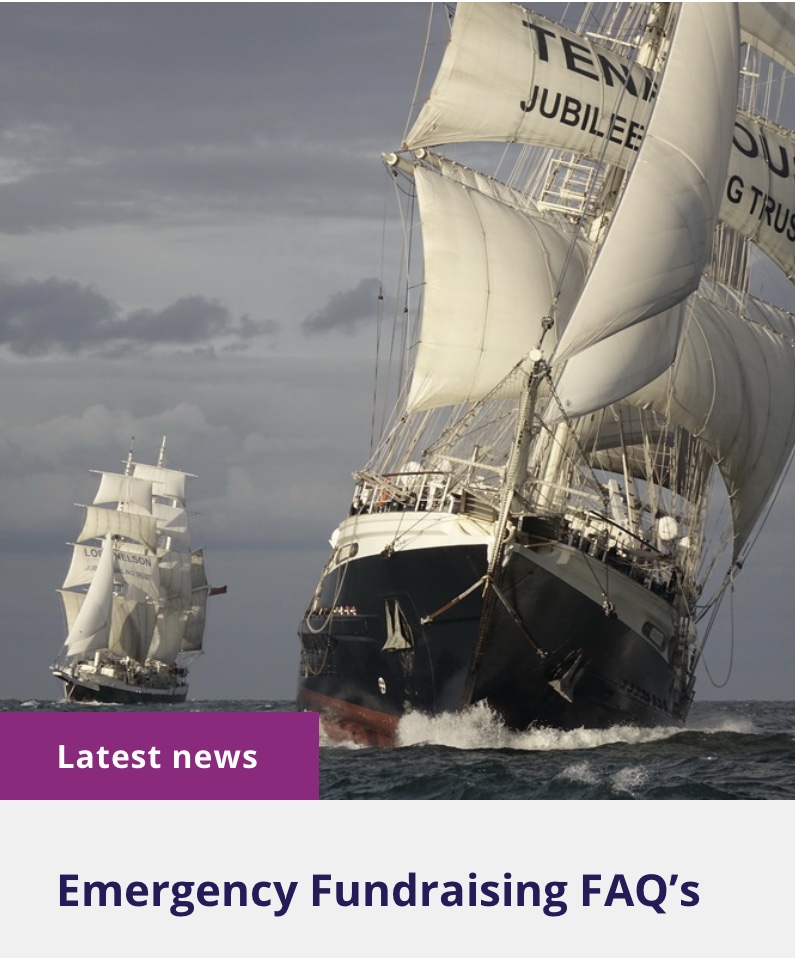 The UK-based Jubilee Sailing Trust (JST) has been a guest of the Australian Wooden Boat Festival, Inc. more than once.  The Lord Nelson was with us for the Tall Ships Festival back in 2013 and Tenacious was a feature vessel in 2017.  The JST is a charity dedicated to making blue-water sailing on tall ships available to people of all abilities.  Their two flagships are uniquely adapted for people with mobility, hearing, sight or learning disabilities.  The first time you see a wheelchair being hoisted into the rigging of the mainmast, or watch a blind person use a speaking compass to steer the ship, you might have to remember to close your mouth again.  It’s an amazing feat and a transformative experience for hundreds of people who might otherwise have never felt a deck move beneath them or hear the creaking of the sails in a stiff breeze.

It was a worry, then, when we received an alarming message back in June, to the effect that the Jubilee Sailing Trust was in imminent danger of winding up due to lack of funds. It seemed an insurmountable problem – how do you find one million British pounds by the end of the month? Well, as they say, ‘The difficult we do immediately, the impossible takes a little bit longer”.  And that’s just what happens if you have the power of a world-wide community behind you, absolutely determined that an organisation as highly praised as the JST should not be allowed to end up on the rocks.  Using the power of the Internet, and the phenomena known as crowd-funding, the Jubilee Sailing Trust managed to raise GBP 1,092, 927 in just eight weeks. Three thousand nine hundred people donated sums large and small  to save the day.

We were happy to post the emergency appeal on our Facebook page, and it reached 1,500 people very quickly.  We’ve no way of knowing how much that may have contributed to the cause, but that doesn’t matter.  The fact of it is, that the JST will live to change a few more lives, and perhaps we’ll see them back in Hobart another day. 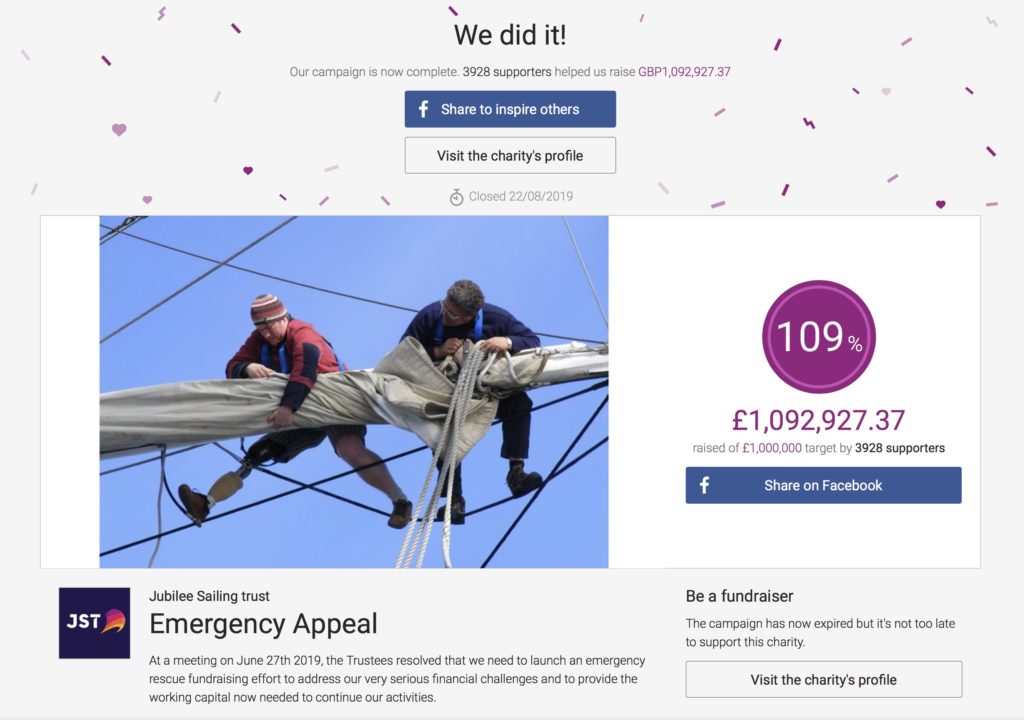 For a sample of what the JST does, read Ben’s Story here: Ben’s Story