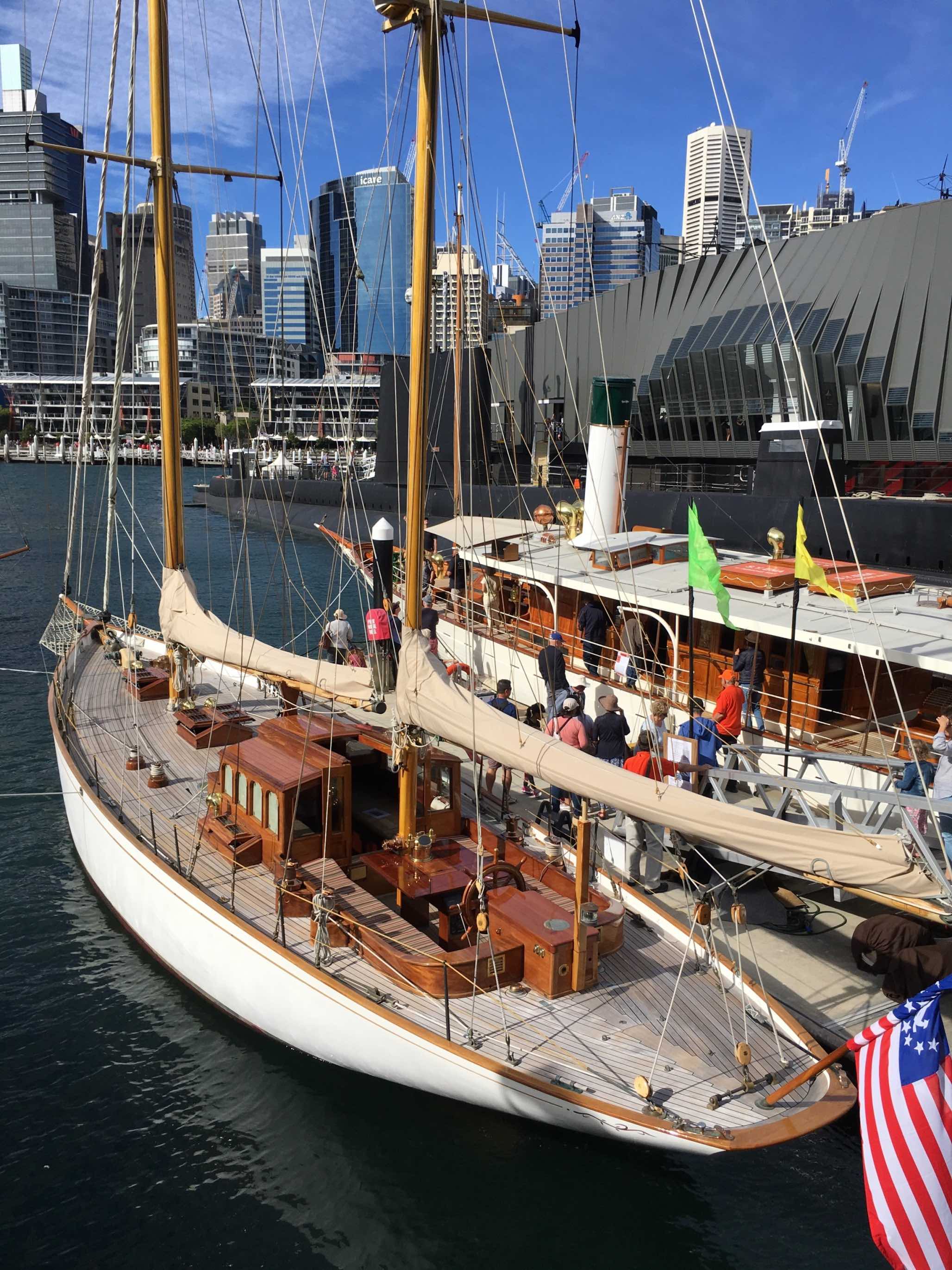 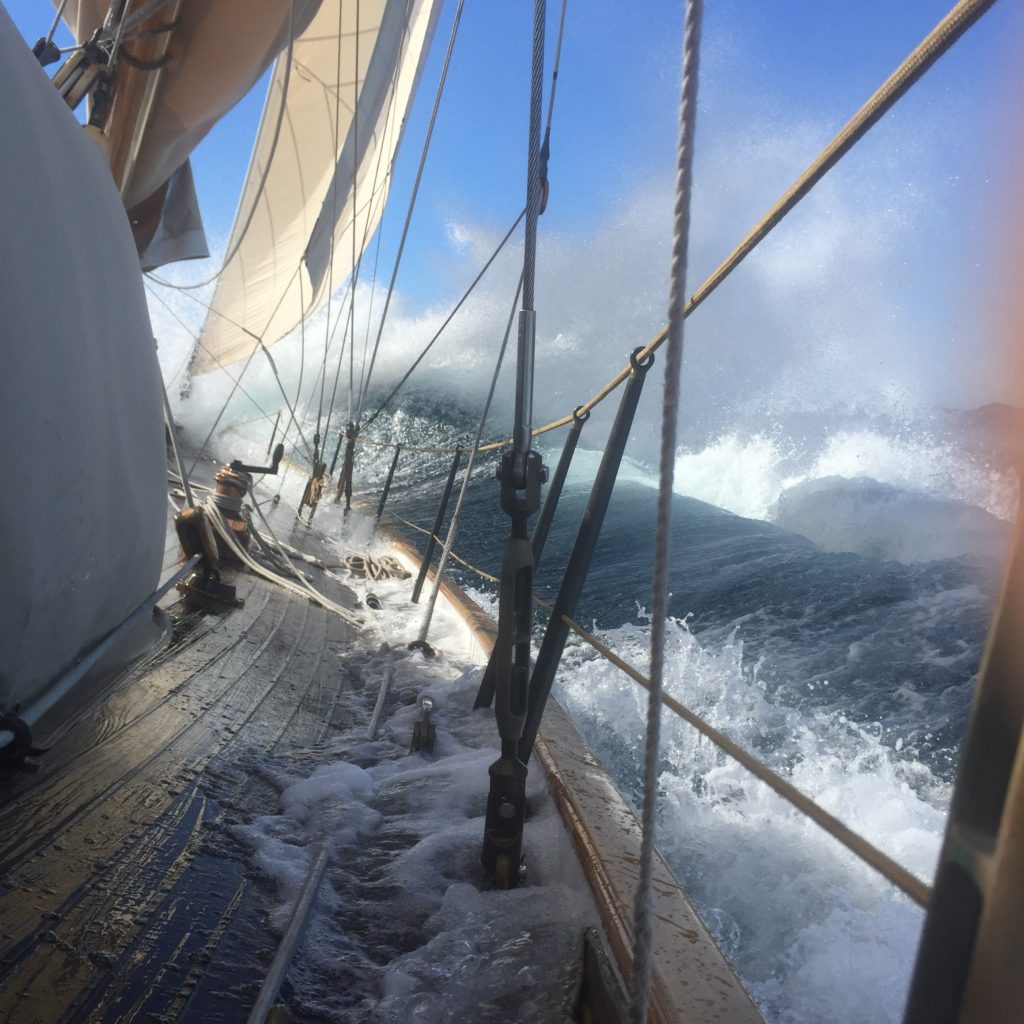 Steve Gunn sent us this fantastic shot of Hurrica V, with ‘a bone in her teeth’, crossing the Bass Strait on her way home from AWBF 2019.

The magnificent Hurrica V was a special guest at the 2019 AWBF and took pride of place in Kings Pier Marina. Hurrica V is a classic English gentleman’s sailing yacht, born in the glamour of the Edwardian era in 1924. Designed by the esteemed Charles E Nicholson as a triple-headed gaff auxiliary ketch, she was built in Sydney by Australia’s then premier boatyard W M Ford, for a wealthy Melbourne pastoralist, William Oliver. Hurrica V was the feature yacht at the Royal Yacht Club of Victoria until 1938.

With 80 hard years behind her, having weathered two cyclones, a beaching, years of tropical war service and considerable neglect, a  bare shell restoration was carried out by Australia’s current premier boatyard, Norman R Wrights & Sons of Brisbane. Hurrica V’s hull of Browns Pine on Spotted Gum hardwood frame is now in better and stronger condition than when new. Craftsmanship in varnished Mahogany deck house and butterfly skylights adorning the deck retain the style and allure of a bygone era.

Now converted from gaff to a Bermudan rig (based on a 1923 Nicholson profile) Hurrica V can operate for corporate work, or more aptly as a private yacht, as she was first built. After the restoration, Hurrica V returned to her home port at Newport, Sydney in early 2011. She has since proven herself as a bona fide yacht with double crossings of the notorious Bass Strait to Hobart (with a maximum pace of 11.6 knots), and a recent 4000 km voyage to Australia’s Hamilton Island to attend Race Week.