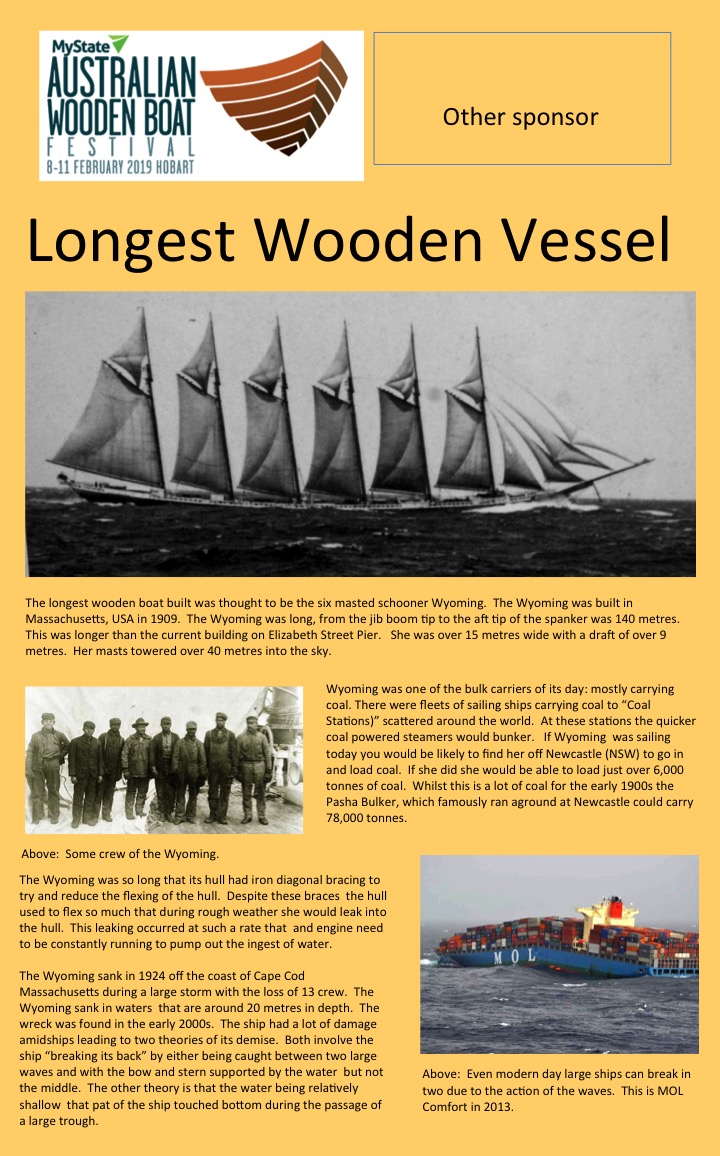 Mal Riley, former Bureau of Meterorology frontman and master of the Lady Nelson, has a good idea for the next Australia Wooden Boat Festival. Mal suggests that we make a series of posters featuring interesting wooden ships from around the world. The ships can get on the list by either by virtue of their physical size (largest smallest, longest, highest), the history of the vessel or the interesting story of the vessel or the people on the vessel.

The posters could be large and printed on outdoor material. They can (if stored correctly) be used over and added to for several years. They would be placed at key display spaces around the AWBF where they can be seen and read.

Initially, Mal suggests the suite of posters could include:

The largest of the Ming Dynasty ships were 137 metres long with a 55 metre beam.

Asking a graphic artist to design each poster individually might get expensive, so Mal offers a template that submissions could follow, with the cost of printing to be borne by AWBF. We think that’s a great idea and invite readers to submit their ideas. If you do your research properly and find some good images that we can use, we will credit you on the poster.