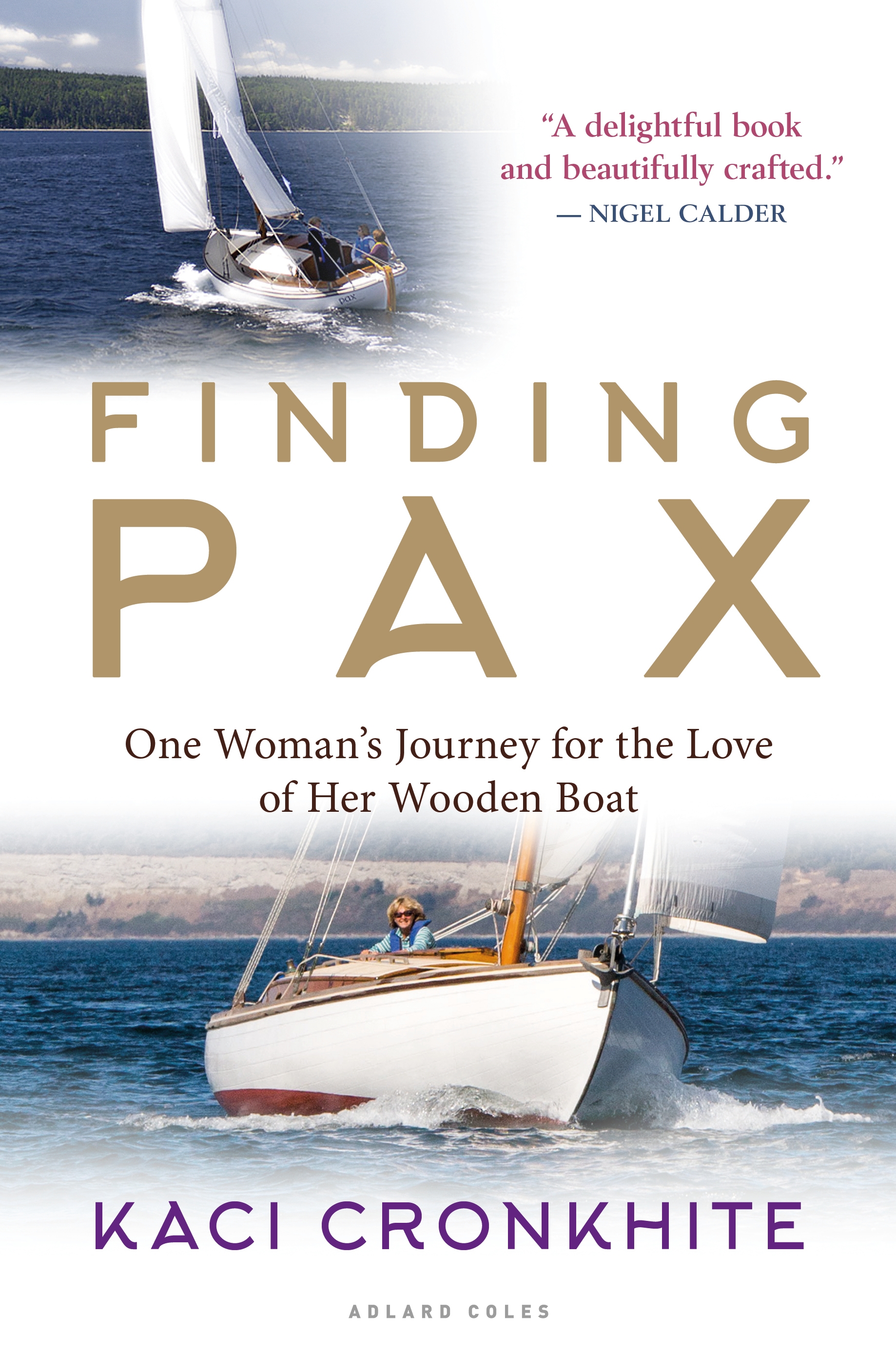 Sailor, wordsmith, circumnavigator and inspirational character are all words that will eventually come up when you talk about Kaci Cronkhite, our long-time friend and supporter of the MyState Australian Wooden Boat Festival. Kaci was, for ten years, director of the Port Townsend Wooden Boat Festival in Washington State, so she knows a thing or two about running maritime events.  But her great passion has always been for the sea and particularly for a 28-foot Danish-built wooden spidsgatter named Pax.  As Kaci cites in her introduction, ‘The boat appeared when I didn’t expect or, frankly, need her. My bucket list was empty. Life was full…But sailing towards me was a boat that would stir the waters, waking decades of loss, revealing history untold, and restoring a legacy that was lost in the wind. For her and for me, I had to wade into that water. I had to go, to search, to find.’

Kaci has been a special guest of the MyState Australian Wooden Boat Festival since the early days, and she is helping us to coordinate the ambitious American Precinct at the 2019 AWBF.  The December release in Australia of her book Finding Pax is welcome news for anyone thinking of a Christmas gift for someone with a love of adventure, self-discovery or the wide, blue sea.  Her second book, When a Cowgirl Goes to Sea is due out in late 2019.  Meet Kaci at the 2019 AWBF in the specially dedicated Author’s Centre, have a book signed or just get to know a remarkable woman.

” A love affair, a quest, and adventure – that is what happened when a woman broke her promise and bought a wooden boat. Kaci vividly describes how this broken promise filled her life with new friendships and gave her a good story to share.” –  Lin Pardey, sailor and author

Well done, and congratulations on achieving something very special – capturing the soul and essence of a wooden boat, and the relationship that can exist between a wooden boat and her skipper.  That is a very special experience, and unless you have had it, one that is very difficult to describe to others – but I think you managed it excellently!  -Stephen Knight, Chairman, Australian Wooden Boat Festival, Inc. 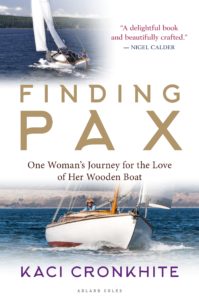 STOP PRESS:  We’ve just had word that Finding Pax has been short-listed for the prestigious Mountbatten Award for Best Book in the Maritime Media Awards in London, England.  Regarded as the top competition in the world for maritime publications, the awards are held in the historic Draper’s Hall in the City of London.  Kaci will be attending, though she reports being a little overwhelmed by the surroundings: (“I’m just a little ol’ gal from Oklahoma!”). Congratulation, Kaci, and best of luck!