Letter from the Chairman 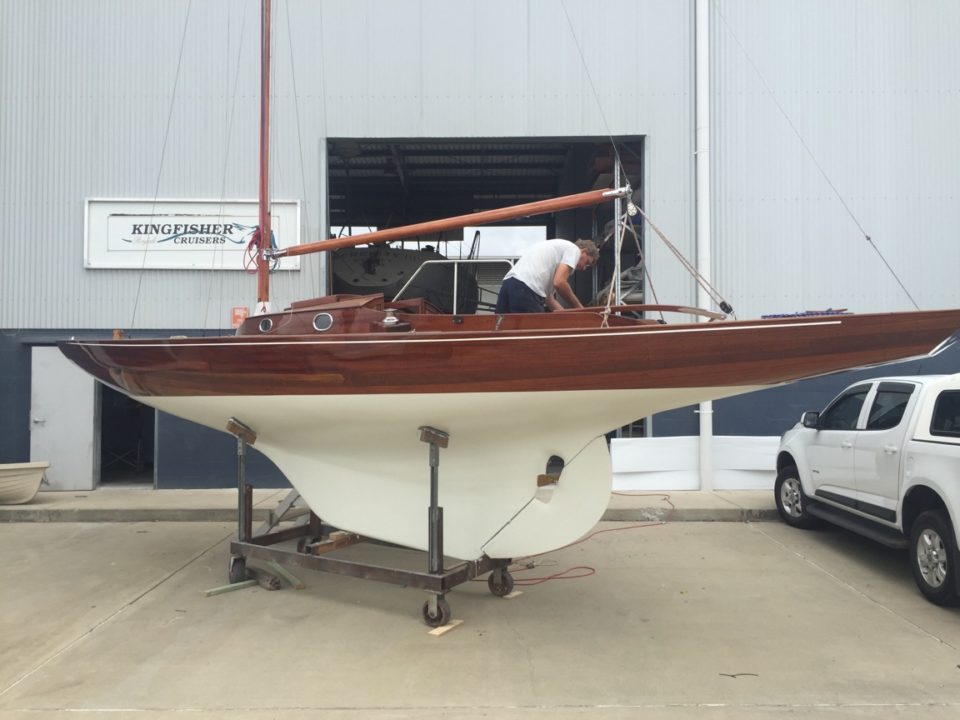 I started building my Dragon in Oslo, Norway, when I was 19 years old. I always liked the lines of the Dragon, but I could not afford to buy one, so why not build one? Can’t be that hard, can it? I started with a small drawing I found in a book at the local library, built a shed in my parents’ back yard and set out the lofting on the floor. I made frequent visits to the Norwegian Maritime Museum where “Diva”, a Danish built Dragon is on display and I finally got hold of a set of drawings from International Yacht Racing Union in London.

The hull is carvel-built in African Mahogany on laminated ash frames and oak keel plank and floor boards. The deck is made of birch ply and teak on Oregon beams. After a year in storage due to engineering studies and my parents moving house, I extended their garage and continued my build. The hull was planked and frames were made, but the money was tight.

I put an ad in the local paper and a national boating magazine, asking for second hand equipment, sails, etc. for a Dragon. I got two replies, one about a keel and a mast left over from a Midsummer Night bonfire at a slipway on one of the islands in Oslo fjord, and one from an old fellow that said he had a few things in his shed. The old fellow turned out to be Thor Thorvaldsen, two-time Dragon Olympic gold medallist (1948 and 1952). Thorvaldsen gave me some of the spare rigging parts he had for his Dragon “Pan 2” at the Melbourne Olympics in 1956. The keel and mast (from a boat made in the 40s) were dragged off the island with a barge. I also managed to chase down a set of second-hand sails for the boat. The boat was finally finished in 1983 and was used extensively during each short Norwegian summer and put on hardstand during the long winters.

Because the Dragon class was dead in Norway back in the 80s, the boat was never issued with a class certificate, so I installed a 7 hp 2-stroke petrol inboard engine to ease handling in port and when cruising. I competed in local regattas in Oslo and a few longer overnight races each year until 1994, when my Australian wife wanted to return to her homeland. The Dragon was loaded into a 40 foot container and shipped to Australia. It was put at the back of our shed for the next 21 years!

I worked as an engineer in Oslo before we moved, but started a boat building company with my father-in-law on the Gold Coast. We designed and build Kingfisher Cruisers, 50-60 foot flybridge motor cruisers, for the next 20 years. After moving to The Boat Works at Coomera, I started looking at the miserable looking Dragon in the back of our shed at home. Time for some real boat building again! The boat was moved to my workshop in 2014 and she was fully restored over the next 2 years. The hull was splined and re-glued, keel plank and floor boards were dismantled and re-glued with epoxy. The engine was restored and the hull and deck was varnished again with Owatrol Dekksolje, as it was originally finished. She was re-launched in late 2015.

Fiin Gammel will be with us for the Australian Wooden Boat Festival 201 – Ed.