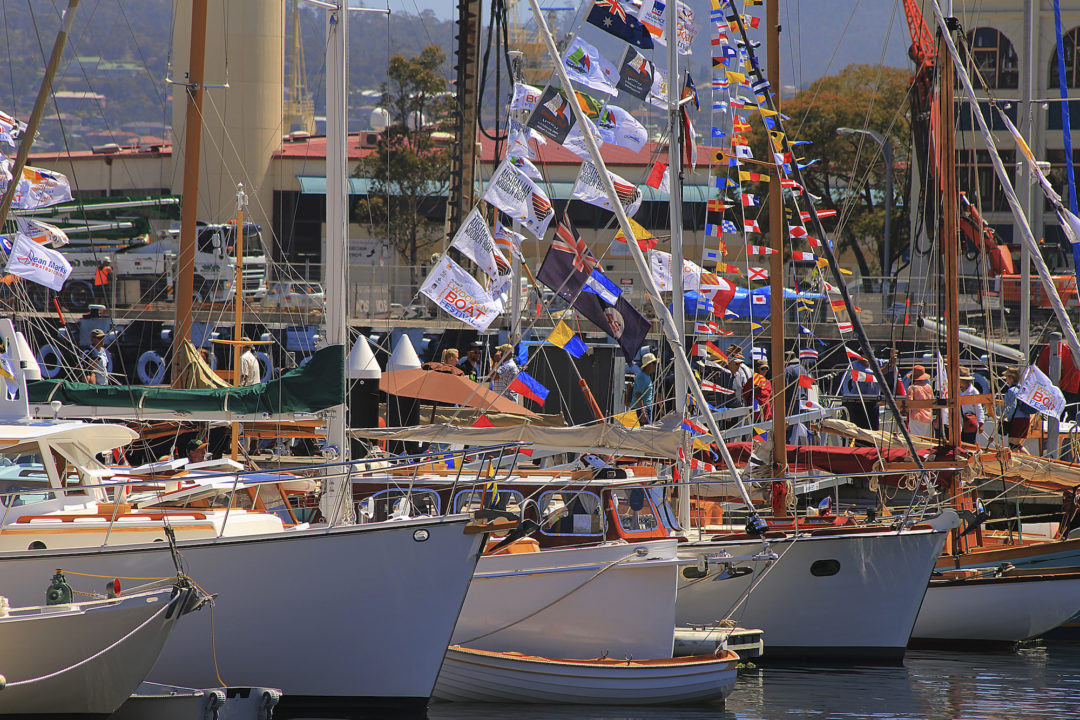 The Australian Wooden Boat Festival carries the torch for wooden boat enthusiasts in the Southern Hemisphere, but of course there are a lot more boats, and a lot more boat owners in the Northern Hemisphere.  It’s full summer there now, and the festivals are lining up in Europe and in North America.  First out of the gate is the WoodenBoat Show (produced by the internationally respected WoodenBoat Magazine) at Mystic, Connecticut on the eastern seabird of the United States.  Mystic Seaport is a year-round living museum of all things nautical and hosts several festivals during the year.  This festival is a huge drawcard for one of the top wooden boat centres in the US, with expert speakers, heritage craft demonstrations and all the news from this very active part of the country, with dozens of boatyards and boat building schools along the coast running up to the Canadian border.  The WoodenBoat Show runs from 24-26 June, 2016.

Dubbed ‘The Mother of All Boat Shows’, the Fete Maritime in Brest, France runs from 13-19 July, 2016.  This enormous gathering of classic and wooden boats, warships, fishing boats and international vessels is held every four years and caters for hundred of thousands of visitors.  This coast of Brittany, opposite Cornwall at the mouth of the English Channel, has a maritime history extending back for centuries.  It has seen armadas, explorers, fishermen and pirates as well as every kind of sea-going vessel known to man. this event sees as many as 1,500 vessels from all over northern Europe gather in the working port for a carousing week of drinking and dancing, singing and sailing in a dozen different languages.  The Brest festival was the original inspiration for the AWBF.

The next horse out of the gate is the Victoria Classic Boat Festival in Victoria, Canada, part of the dramatic Pacific Northwest region.  Running from 2-4 September, this free event celebrates Canadian maritime heritage with a display of about 150 boats on the historic waterfront of this Gold Rush era city on Vancouver Island.  Its a small community, so everyone gets involved.  The city’s pubs and restaurants are highly rated, as is the fleet of vintage and modern craft.

Next comes the cross-border US version, the Port Townsend Wooden Boat Festival, near Seattle, Washington.  Held just a week after the Victorian event, this is the largest and oldest wooden boat festival in North America, presenting around 200 wooden boats in a charming setting on the Juan de Fuca Strait, just east of the stunning Olympic National Park. With a population of less than 10,000, the festival takes over this small city.  The festival is highly popular for its great program of practical demonstrations, great speakers and children’s activities.  The event runs from September 9-11, 2016.