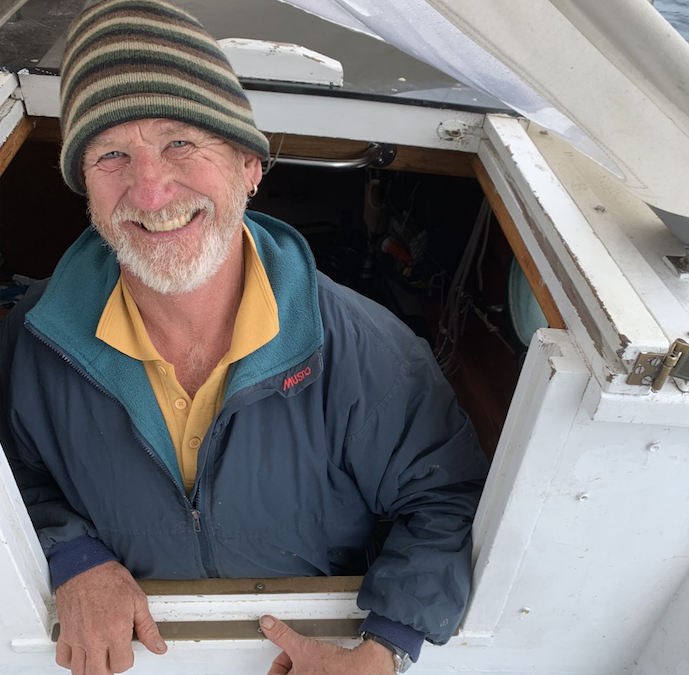 Meet Ian Johnston. A founder of the festival, champion yachtsman and the creator of the My First Boat project – set to be a highlight at the 2021 festival.

You were one of the founders of the Festival, what was your original vision?

We knew that our maritime culture was as good and as interesting as anywhere else in the world. The waterfront was a perfect venue for the Festival and this was the means to tell our story. We grabbed the title ‘Australian’ because we felt that we were the vibrant centre of beautiful character boats in the nation.

Did you ever imagine it becoming what it is today?

Right from the beginning, with all the enthusiastic support from Ports, the State Government, Council and volunteers we knew it was going to be a success. But none of us imagined the scale it is now.

What is behind the success of the festival?

The volunteers, the quality and diversity of our boats and our confidence that what we have in this state is World Class. Tasmania also has arguably the finest boatbuilding timber in the world.

In 2021, you are introducing the My First Boat project to the festival… How did it come about?

I have at every Festival encouraged members of the public with no experience to build their own boats, usually during the Festival. I was workshopping 10 family groups to show them how to build a 10 foot plywood dingy each, and as a practice we built several half scale boats (which means one quarter the materials) and the resulting mini boats were an instant success with children. At subsequent festivals we built several dozen of these mini boats as parent/ child boat building events, and the children launched their just built boats at the Festival. So far I have been involved with building 42.

What are you hoping to see when 25 First Boats hit the water?

I would love to lead a parade of the 25, plus another dozen already launched mini boats around Constitution Dock and Franklin Wharf. That would make me very happy.

You have a long history in yachting – what’s your highlight?

In 1988 Cathy Hawkins and myself competed in the two-handed Round Australia Yacht Race in a self-built high tech wooden racing trimaran. We finished more than 5 days ahead of the second Australian boat and we were nominated as Australian Yachtsmen of the Year. Also, I held the record for the solo trans Tasman race for 28 years. 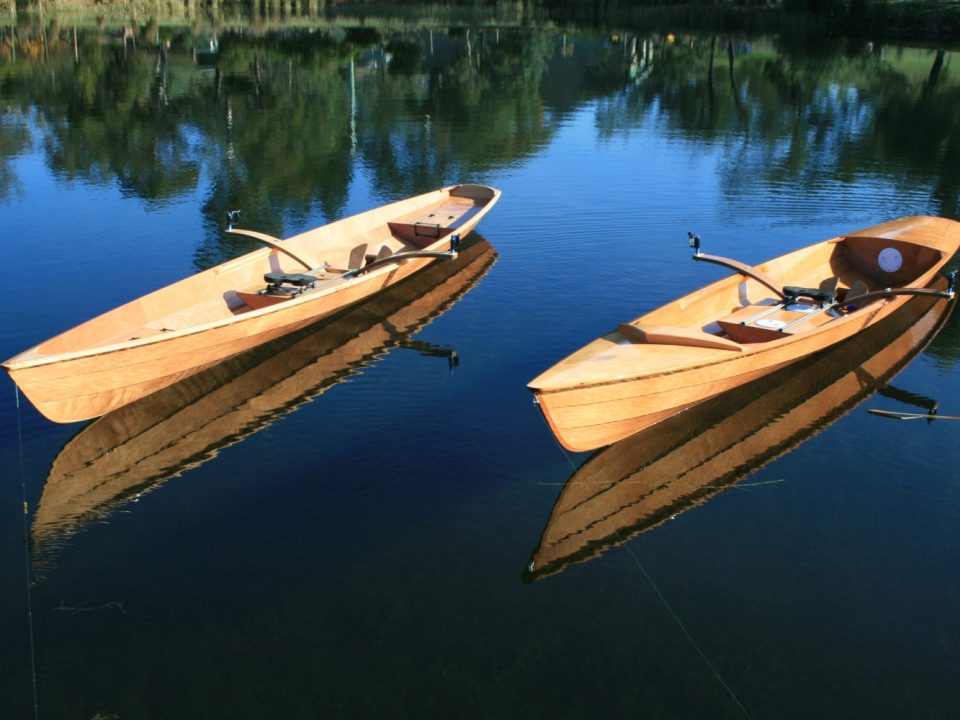 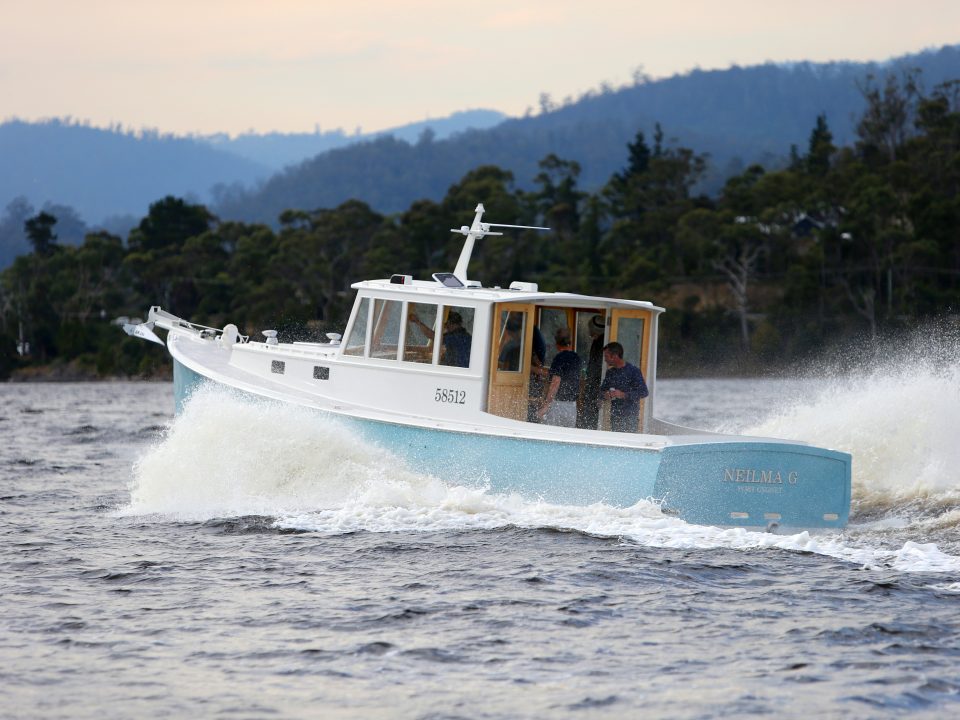 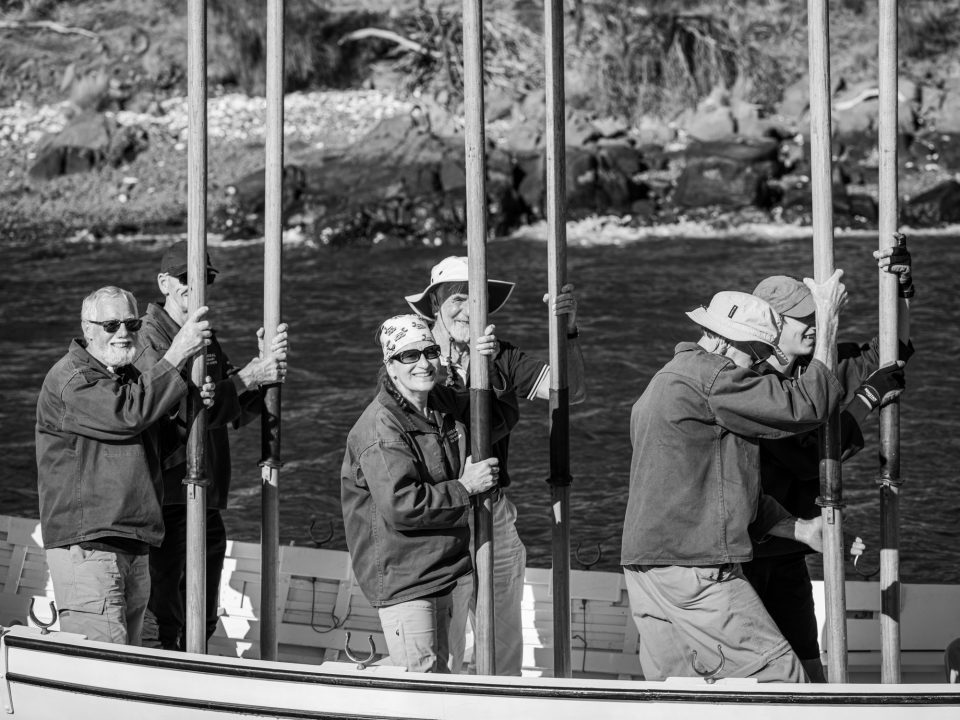 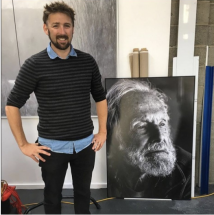