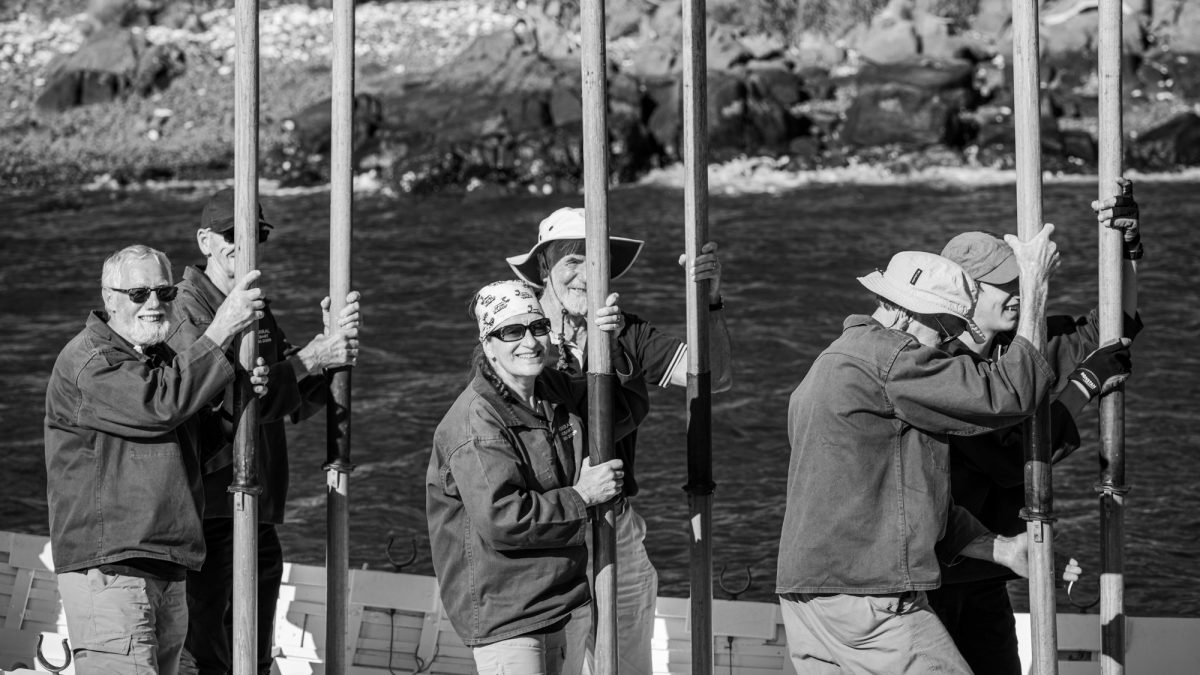 A Tasmanian maritime treasure took to the water one last time recently in a fitting farewell to a Festival favourite.

Admiral is the oldest commercial vessel in Australia and has been a much-loved attraction at the Australian Wooden Boat Festival since 2009.

She was given her final duty on January 29 when she took part in the French Navy tradition of exchanging the old and the new captain of L’Astrolabe – the new Antarctic exploration vessel – and delivered their departing captain to shore in Hobart.

Admiral is 155 years old – a rare example of an early excursion boat, built in 1865 for picnic parties on the Derwent River.

As the oldest surviving Tasmanian vessel of its kind, Admiral is significant to our wooden boat history.

It was carvel built in Huon pine and the Mercury newspaper wrote this of her launch in 1865:

At the close of last month a very beautiful new excursion boat was completed by Mr Morland to the order of Mr Charles Dillon, waterman. It is intended for picnic parties during the coming season, and is constructed to pull eight oars. The boat is perfect in model of form, and her appointments are furnished in a style which will far exceed any boat of the kind on the river.

In December 1865, Admiral was hired to act as the Governor’s barge for the Hobart Regatta and was hired many more times for important occasions.

Festival General Manager Paul Stephanus says Admiral would be missed at the 2021 festival.

“Admiral has always been a strong feature of the festival, and though it’s sad to see her come out of the water, she has had a good 155 years of service and deserves a comfortable retirement.

“I have no doubt she’ll continue to be an inspiration for generations of young boat builders, adventurers, and maritime enthusiasts for the next century and a half to come.”

Skipper Michael Bird says transporting Admiral around Tasmania was taking its toll on the hull.

“Admiral needs to retire, this piece of history needs to rest so she is here for all to see into the very extended future.”

Admiral will be kept on permanent display at the Flinders and Bass Centre in George Town, Tasmania.

“Our aim with Admiral’s on water activities was to share this amazing piece of history with as many people as possible. We certainly achieved that.” – Skipper Michael Bird