Do you remember Tassie Too?

Our Friends at TasPorts Invite You to Come Stay The Weekend 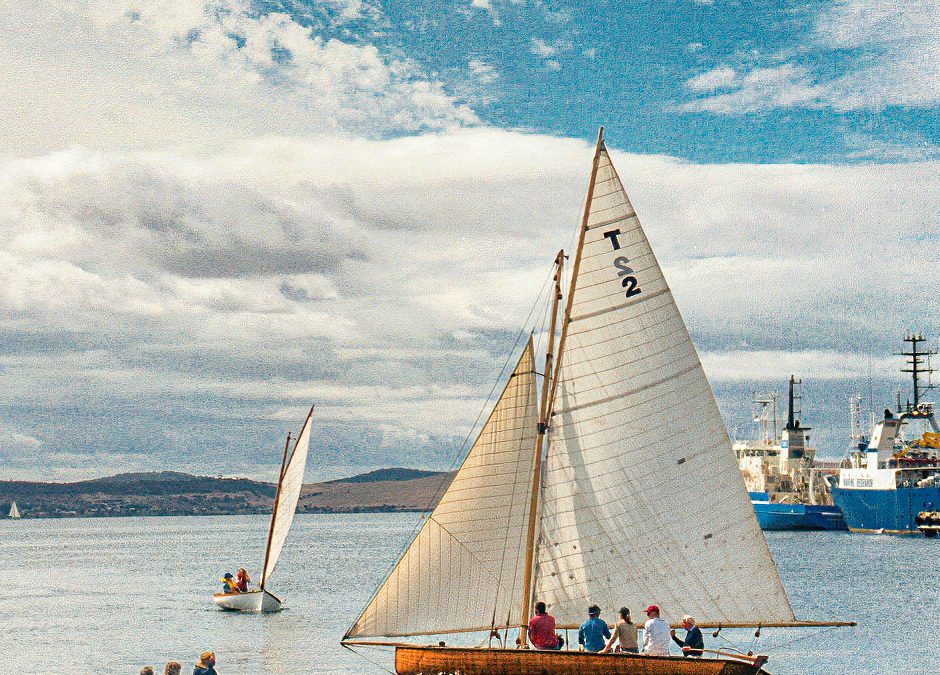 Did you know in 2003 we launched a boat? Well, re-launched a boat. Malcolm Wells, one of our loyal board members, recently sent us these two fantastic images from that very day back in 2003.

In 1927 a little boat called Tassie Too was launched from the old Battery Point slip-yard in Hobart. Charlie Lucas and Chips Gronfors followed the design by W.P. Batt and built the 21 foot restricted class yacht (25ft overall). The little boat was commissioned by the Royal Yacht Club of Tasmania and it competed in the Forster Cup several times in the following years skippered by members of the Batt family. It was a standout vessel in many of the cups, winning the event ten times in 50 years.

The Tassie Too was then raffled off by the Royal Yacht Club of Tasmania in 1955 and then spent time in Launceston and Melbourne. Tassie Too then underwent an extensive restoration by one of its owners, which led to its relaunch in Hobart at our 2003 AWBF. The relaunch was a huge spectacle at the event and was watched by hundreds of on-lookers. The vessel then spent time on a mooring at Sandringham Yacht Club but was returned to its original home in Hobart in 2017. The ‘Friends of Tassie Too’ not-for-profit organisation was established to keep the dream alive and of course manage the upkeep and maintenance of the wooden boat. The vessel now leads a relatively quiet life at the RYCT, but is looking beautiful and is often seen at opening days, sailing regattas and many other special events in the sailing world on the River Derwent.

We have been so lucky to see the return of Tassie Too at our AWBF events and feel honoured to be able to share her historical story with all of our maritime friends at our festivals. Tassie Too is one of the 99 wooden vessels that have so far registered to participate in our Parade of Sail 2021 event in February.

Were you at the 2003 relaunch at our festival? Please feel free to send in any pictures you may have, we would love to see them! Email any photographs to office@awbf.org.au.