A Century On, a Tradition Continues

Nome to Larsen Sound – Letters from the Ice 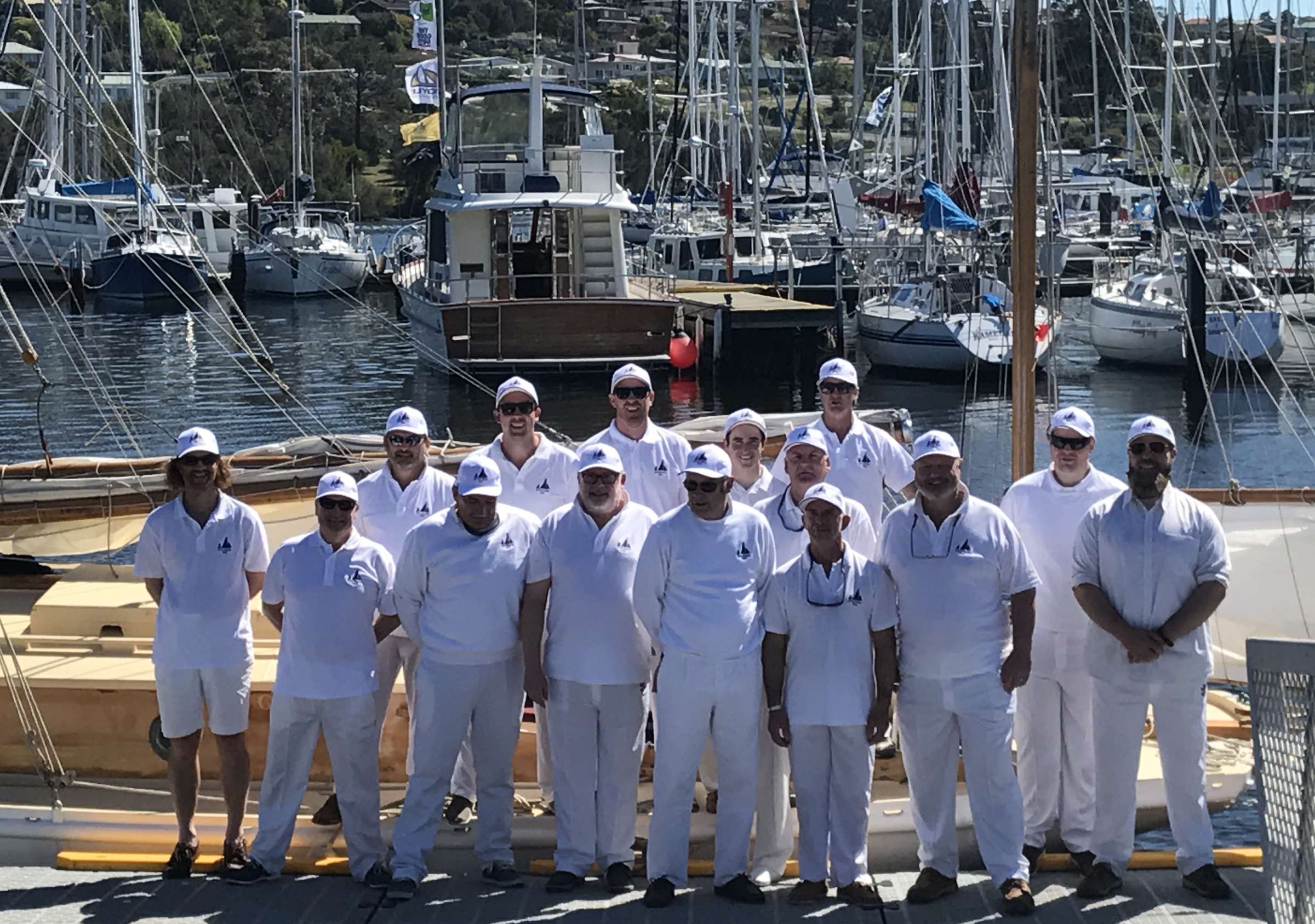 This article is reprinted with the permission of the author and the Bellerive Yacht Club.

Opening Day has been a feature of the yachting season in Hobart for many decades, but this year I was very proud to be part of a centenary celebration, which I believe to be unique in the history of yachting on the River Derwent.

2017 marked the 100th consecutive year that Gypsy has participated in Opening Day manoeuvres to celebrate the beginning of the yachting season.  In my time, I can recall just three occasions when manoeuvres were cancelled due to extreme weather, but Gypsy was still on the river to mark the day, so I count those years in the centenary!

As Gypsy approached her 100th birthday in 2014, I decided to embark on a project to write her history, a task which I hope to complete soon.  I discovered during this process that the first reference to Gypsy (which was erroneously spelt “Gipsy”) in the Mercury Newspaper, was on Monday, 16 December 1918.  The story that day was about the manoeuvers to open the yachting season for that year.

“When arrangements were being made to welcome the Anzacs, and to give them a good time during their furlough, the yachtsmen at once offered to assist… A meeting of boat owners was called, and it was soon seen that the good spirit which prompted the yachtsmen to give up their annual Opening Day for the last three years, and to take out returned soldiers instead, still existed, and a ready response was made.  A committee… issued invitations to all returned soldiers, who were also asked to bring lady friends, and the result was a most unusual scene at the wharf, near the Bellerive Ferry, on Saturday afternoon.  There must have been at least 250 waiting to embark, and as each yacht and motor boat arrived it was allotted its quota…. … It was an animated scene in the harbour as the yachts manoeuvred for the start, although the weather was dull and somewhat threatening.  A smart N.W. breeze prevailed, and as the yachts stood away on the port tack towards Government House the sight was a very pretty one.”

The report indicates that the Rosny shore of Bellerive Bay was chosen as the rendezvous because of the conditions, with over 45 boats counted at anchor.  This fascinating lengthy report of the day’s events included the following, in describing some of the yachts that took part;

“A new yacht in Messes. Knight Bros. ‘Gipsy’ is a welcome addition, and looked very well under yawl rig.”

Gypsy was built at Tarrana, on the Tasman Peninsula, in 1914.  She was launched, unfinished and unnamed, before being purchased by my two great uncles, Sydney Knight, and Jack Knight in 1918.  They were both owners of the racing yacht Zonia, but it seems that around the time that Jack returned from World War I, a decision was made to sell Zonia, and to buy the yacht that they named Gypsy; according to my grandfather, Doug Knight, the younger brother in the family, she was given this name because they were “a bunch of blokes who wanted to go wandering”.

My theory is that the family may have thought that acquiring a yacht to go cruising would assist Jack in his recuperation following his return from the war, where he had served in the artillery corps first at Gallipoli and then on the Western front in Europe, where he was made up to an officer in the field.  He was wounded on the Western front, and subsequently developed shell shock, and like so many of his comrades, no doubt longed to come home and to enjoy the beauty and peace of Tasmania.

So, it is timely, perhaps, to reflect on the impact that the war had not only on the local community then, but on yachting specifically.  Initially, press reports heralded the departure of brave recruits; and then yachting notes in the press indicated that yacht racing struggled because of the loss of such large numbers of crewmen, who had joined the services to fight in the war.  Then, the initial enthusiasm quickly gave way to ongoing reports of the inevitable causalities, and the wounded returning home.

It appears from press reports at the time that this led to many “soldier’s picnics” being held throughout Australia, to support the returned servicemen.  Yachtsmen in Hobart decided to replace the traditional Opening Day in 1916 with a soldier’s picnic on the river, to welcome returned servicemen and those in leave, and to thank them; and this event then opened the yachting season for the next three years.  Press reports indicate that following manoeuvres, dinghy races were held for the soldiers, and for nursing staff, and many went ashore to “boil the billy”.  Indeed, the manoeuvres in 1917 resulted in landing at Montagu Bay, where it was determined by the returned servicemen that they would form the first Tasmanian branch of the Returned Services League.

So, in 1918, there began a family and crew tradition for the Gypsy, which has remained unbroken.  I remember, as a child, that it was a day that we always regarded with respect, keen anticipation, and unbridled enthusiasm for a bit of fun!  That continues, and I honestly hope that it is a tradition that continues indefinitely – not only for Gypsy, but for yachting in Hobart.  It is a wonderful way to mark the beginning of the new yachting season, and to enjoy the company of the great friends that are the crew of the Gypsy, without whom she would not be what she is.

I would like to dedicate Gypsy’s centenary Opening Day to her crew, with my thanks and those of my forebears over the preceding three generations. Please give us a wave when you next see us on the water!