We Didn’t Start This Thing… 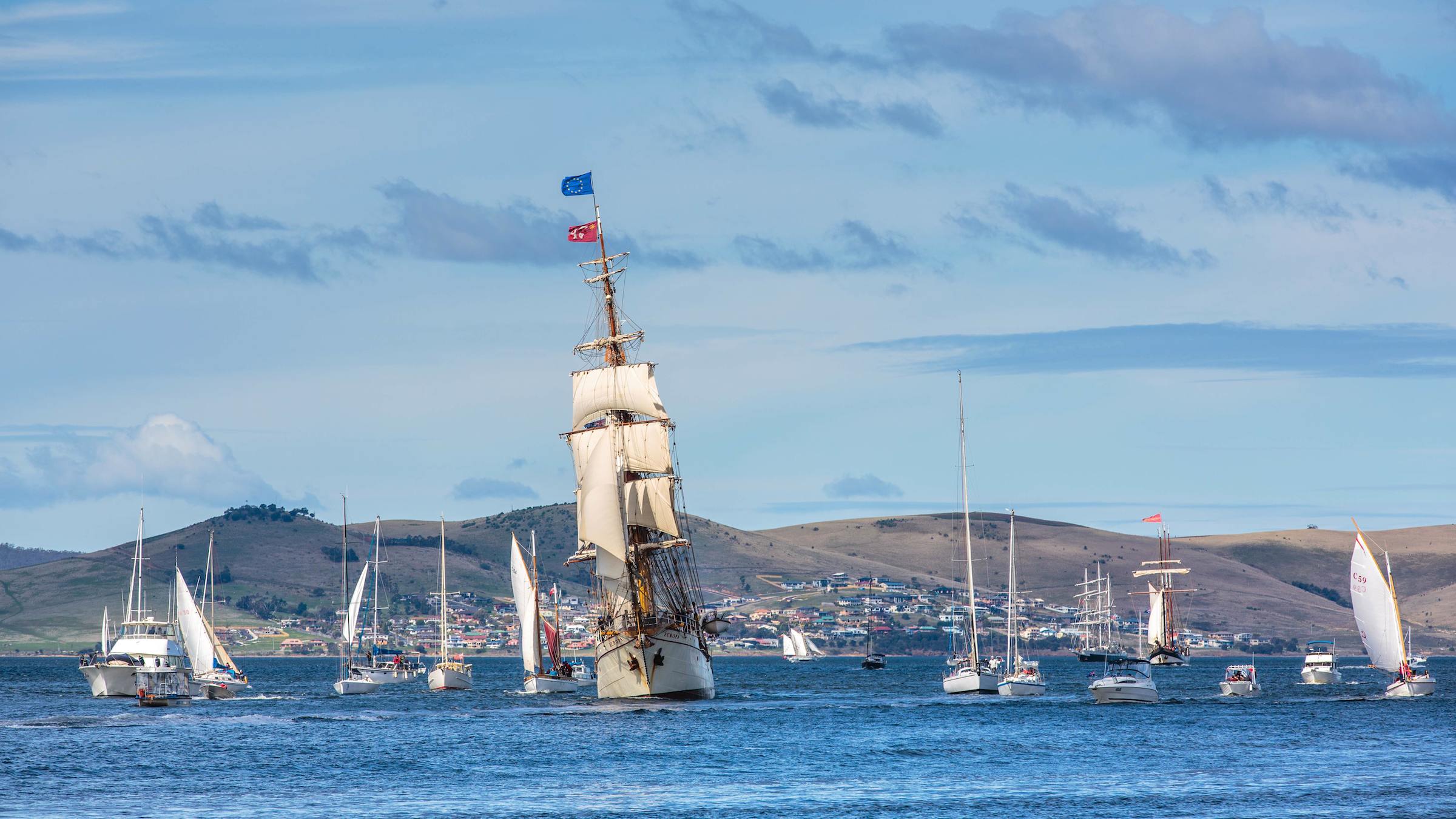 Europa leads the flotilla into Sullivan's Cove at the head of the Tall Ships Festival 2013, Hobart, Tasmania, Australia, Oceania

Who can forget the magnificent Bark Europa, or the visit of the Dutch fleet for Tall Ships Hobart back in 2013? Along with Tecla and Oosterschelde, this beautiful tall ship drew thousands of people to see her at Princes Wharf. Europa lives an exciting life and the latest news is that she is back in the Southern Ocean and on her way to Antarctica. Fresh from the Bermuda to Boston Tall Ships Race, Europa is about to embark on a 6,000 nautical mile voyage from Nova Scotia in Canada to Montevideo, Uruguay. Then it’s time for a stopover, preparing the ship for the real adventure: on to Antarctica. If a genuine blue-water passage on a traditional tall ship is on your bucket list, have a look at the details on the ship’s website here:

We are hoping that tall ship expeditions in the Southern Ocean will become more familiar, perhaps extending to adventure cruises to the sub-Antarctic islands and East Antarctica from Hobart. Now, wouldn’t that be something? Hobart’s growing reputation as an Antarctic gateway city might get us there.