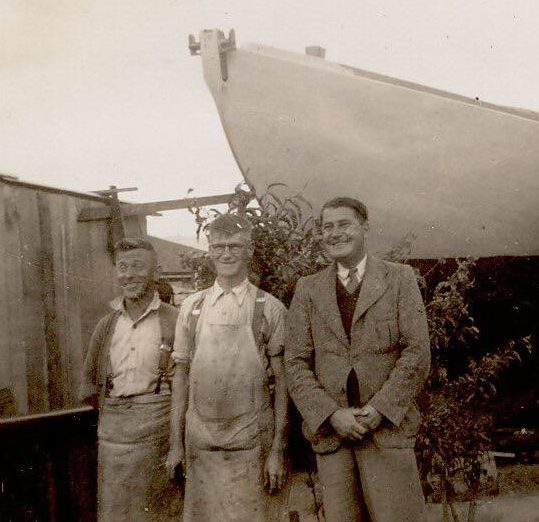 Stuart Beltz, grandson of the renowned Tasmanian boat-builder Ron Beltz, recently returned from New Zealand where he helped the current owners of one of Ron’s sea-going wooden boats, Mavourneen, prepare her for the journey across the Tasman and down to Hobart for the 2019 MyState Bank Australian Wooden Boat Festival.

The proud owners of Mavourneen, Jay Lawry and Pam Bray, are pictured here with Stuart (left). The older matching photo was taken prior to Mavourneen’s launch in 1946 with her original owner, Mr Donaldson (right) and Stuart’s grandfather, Ron Beltz (centre). 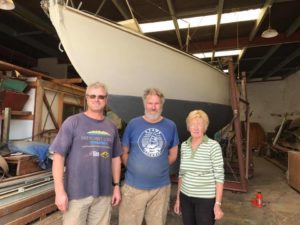 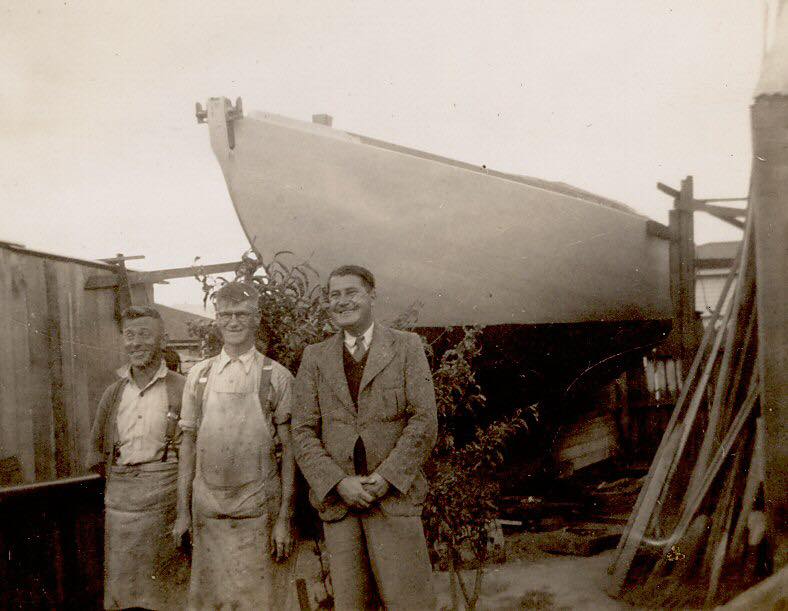 When asked if he enjoyed working on the boat his grandfather had built, Stuart replied, ‘Another 12 weeks would have been great!’

Although his trade was a builder, joiner and cabinet maker, Ronald Beltz’s real desire was to build boats and he satisfied this over many years by designing and building a number of varied craft in his backyard in Giblin St, Lenah Valley. Ron was entirely self-taught in boat design and building.

Ron started by building dinghies then moved onto larger craft. Sand Peep, a 10.5m motor launch built in 1934 was his first large vessel. Storm King, a cruising and racing yacht he made for himself was next, and then after the war he built another yacht, Mavourneen in 1949. The largest vessel he designed and built was a 15.2m trawler Helen J which was later lost at sea in rough-weather.

Visitors to the 2019 MyState Bank Australian Wooden Boat Festival will have the opportunity to see Sand Peep and Mavourneen as well as some dinghies that Ron built.  Storm King is currently enjoying a complete refurbishment. Her proud new owners, Brian and Felicity Sherratt, feel there is still a bit more work to be done before they can consider sailing south from Sydney to participate in the festival.  Maybe 2021?