Halvorsen’s Race To The Finish Line Across Australia for 2023 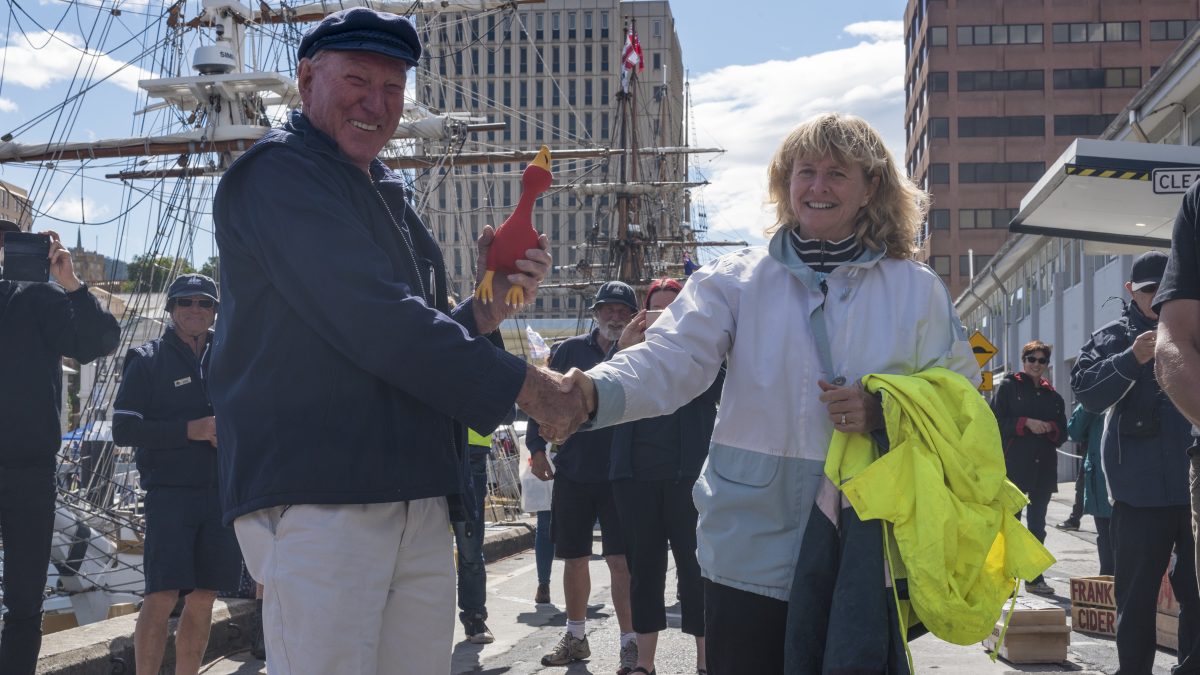 Two valued members of the AWBF Community have been celebrated at this year’s Queen’s Birthday Honours.

Mr Michael Hocking, Royal Yacht Club of Tasmania life member and valued AWBF volunteer dock crew member has been awarded an OAM at the 2021 Queen’s Birthday celebration for his service to sailing. Mick has been volunteering for the Australian Wooden Boat Festival for several years and is a valued member of the docking crew, assisting us in berthing hundreds of boats in a the space of a few hours. His experience and knowledge has been admirable not only by the other dock crew members, but also the Hutchins School groups that assist the dock crew each festival. Mick can also be seen working his magic on the water during the highly anticipated berthing of the Sydney to Hobart Yachts, as longtime Director of On-Water Operations. The AWBF would like to congratulation Mick on his OAM award.

Valued member of the AWBF Community, Mr Graham Kent, also received recognition for his service. Graham is the skipper of local Northern Tasmanian Tall Ship, Julie Burgess, and has been integral in the preservation and maintenance of the vessel through his work as Chairman of the Julie Burgess Inc. Graham was awarded an OAM for his service to the community of Devonport and to yachting. Congratulations to Graham, and we look forward to hopefully seeing Julie Burgess in our neck of the woods for the 2023 festival.