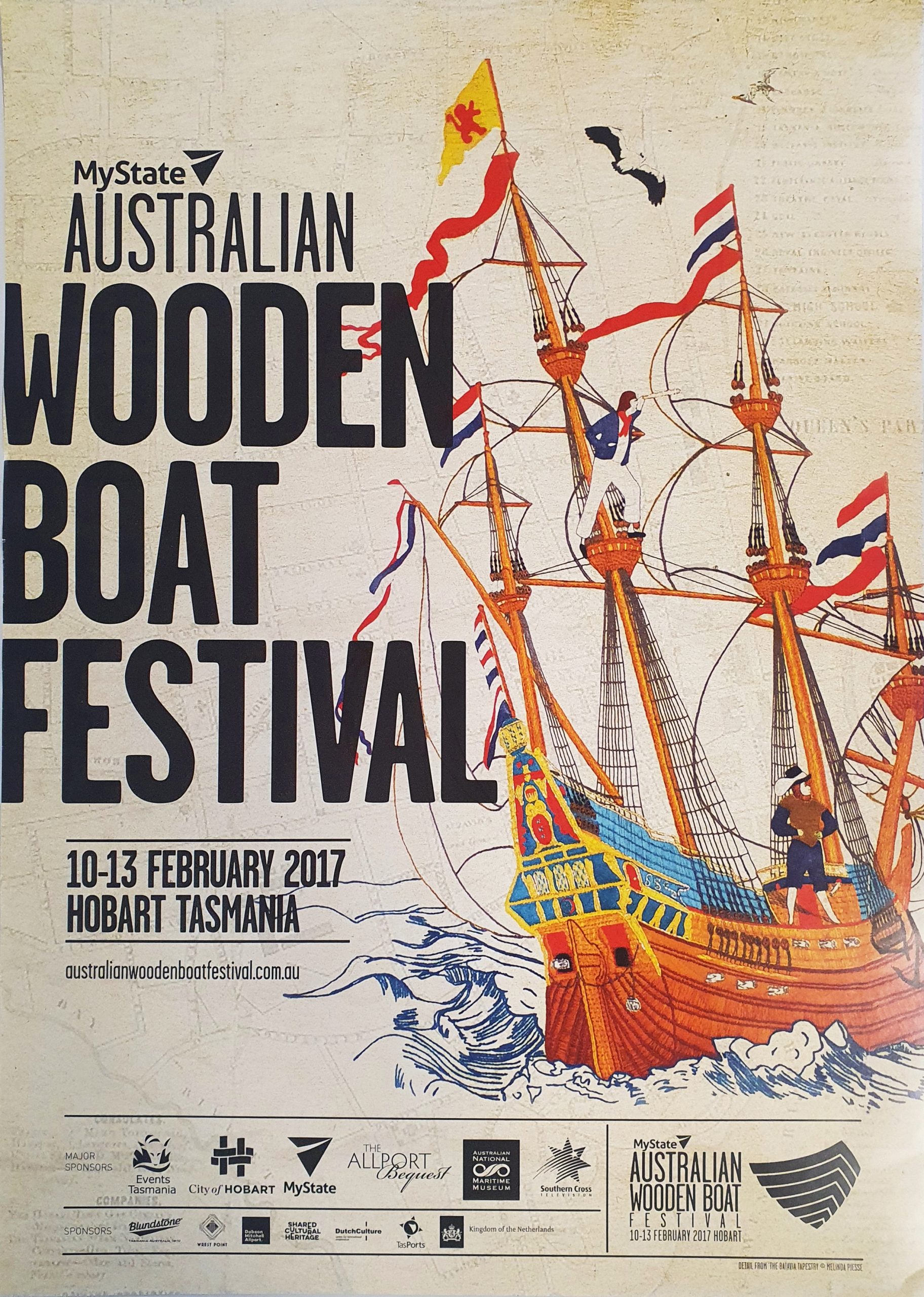 In 2017, the not-for-profit organisation that produces the MyState Australian Wooden Boat Festival every two years delivered its 12th festival and its 24th year of continuous growth and success under the leadership of Chairman Steve Knight for the sixth consecutive time. With steady visitor numbers (215,000 – slightly affected by weather) and a full complement of 490 wooden boats, the festival was once again the high point of the Hobart summer on the waterfront. Hobart welcomed a large contingent from the guest nation, the Kingdom of the Netherlands. The Dutch were here to help us celebrate 375 years since Dutch navigator Abel Tasman first sighted the island that would one day bear his name. Eight colourful Dutch boats and 35 Dutch nationals travelled to Hobart. The International Wooden Boat Symposium welcomed a valuable sponsor in the Australian National Maritime Museum and presented a splendid program of international and interstate speakers. A beautiful exhibition, ‘The Early Dutch Explorers’ opened at the Tasmanian Museum & Art Gallery, explaining the 17th century world of the Dutch East India Company. On the water, the Wrest Point Cup was keenly contested and finally carried off by the Franklin-based ketch Yukon. Paul Cullen directed the festival, his third outing in the role.

The remarkable tall ship Tenacious made Hobart her port for a five-day stopover, demonstrating that serious blue-water ocean sailing is not just for the able-bodied. The ship is designed to be sailed by people living with a broad range of disabilities. Tenacious has established an Australian base and plans Austral summer seasons in future.