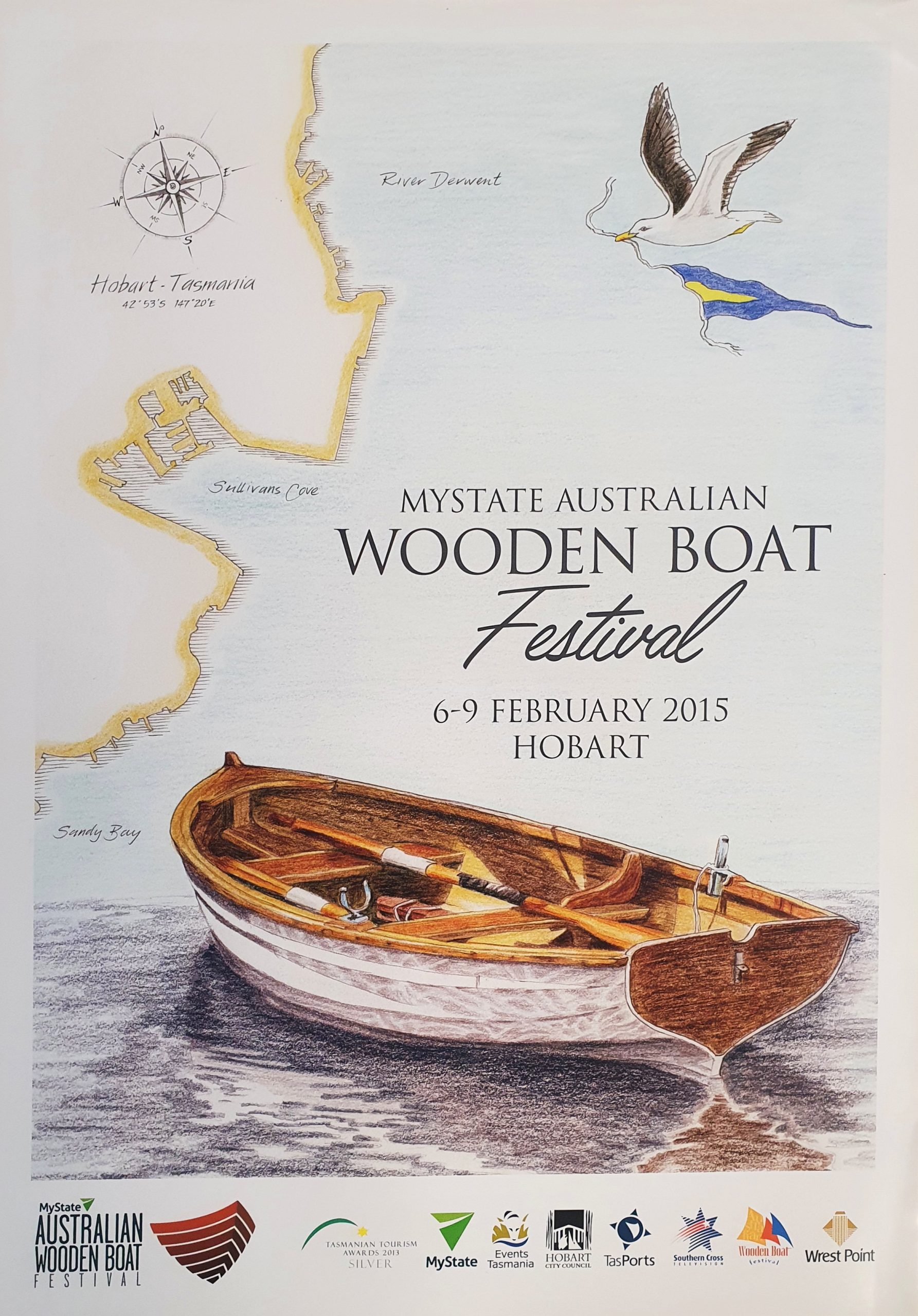 In 2015 the event attracted 220,000 people to Hobart’s waterfront over four days in sunny conditions with the temperatures reaching above 30c on most days of the festival.

The 2015 festival saw the renewal of the International Wooden Boat Symposium, which welcomed some of the world’s foremost experts on wooden boat design, restoration and sailing. 2015 also saw the Big Log Project come to life, with a live bullock team delivering a giant log to the Shipwright’s Village as patrons witnessed it being turned into beautiful shipbuilding timber. The Tasmanian Trading Voyage also took advantage of the bullocks being in town, as they delivered a typical mixed cargo of apples, whisky and wool to the Hobart Wharf. In a scene reminiscent of the 1830’s, the 50ft Huon Pine ketch Stormalong loaded the cargo for conveyance to Port Arthur.

At the Qantas Australian Tourism Awards 2015, the MyState Australian Wooden Boat Festival was named as one of the top three events in Australia, along with the National Flower Festival and the Melbourne Cup. Chairman Steve Knight accepted the award in Melbourne. The festival also won Gold in the Tasmanian Tourism Awards; when it was named Best Major Festival or Event and went on to win the Hobart City Council’s Community Event of the Year Award for its 2015 achievement. General manager Paul Cullen acknowledged the 430 festival volunteers role in the achievement.