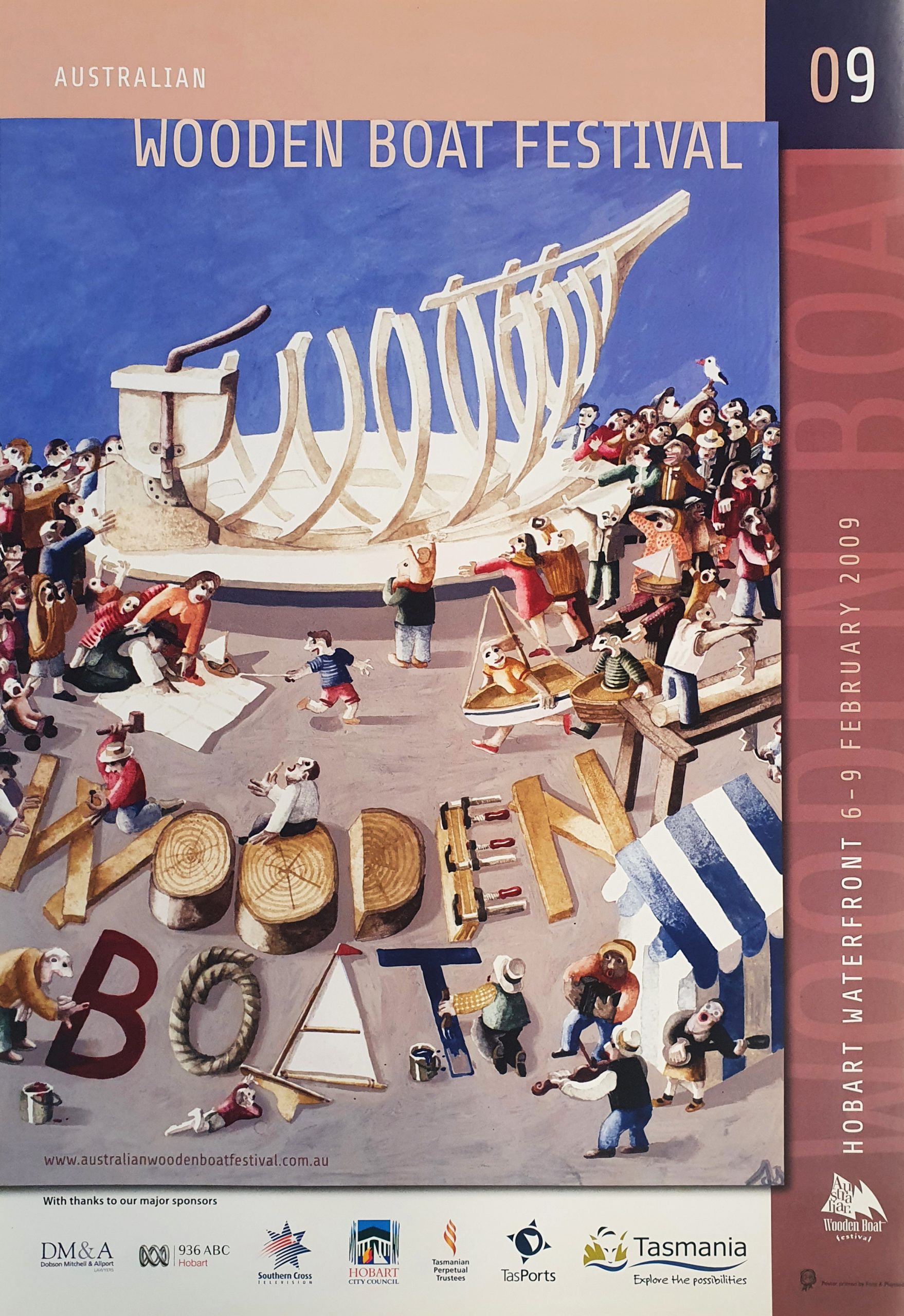 In 2009, Rob McGuire stepped aboard to head up the eighth Australian Wooden Boat Festival. With six years of Targa Tasmania management to his name, a hard-working, mostly volunteer Organising Team and an extended marketing, media and sponsorship campaign, Rob delivered another exceptional festival.

Billed as the “Best of Australia in the Heart of Tasmania”, the event attracted record boat entries, with every state and territory represented. This included four amazing 18ft replica racing skiffs from Sydney, and a dug-out Tiwi Island canoe that was built specially for the festival. The ever popular James Craig made a superb centrepiece, joined by a flotilla of other Tall Ships including Enterprize, Young Endeavour, Lady Nelson and Windeward Bound.

Again held over four days, the dockside was alive with a mix of music, demonstrations, food and entertainment. An on-water program was established, and a Community Boat Building program and Seafood Theatre were introduced as new activities for the first time.