ATL Composites onboard for Maritime Trail 2021 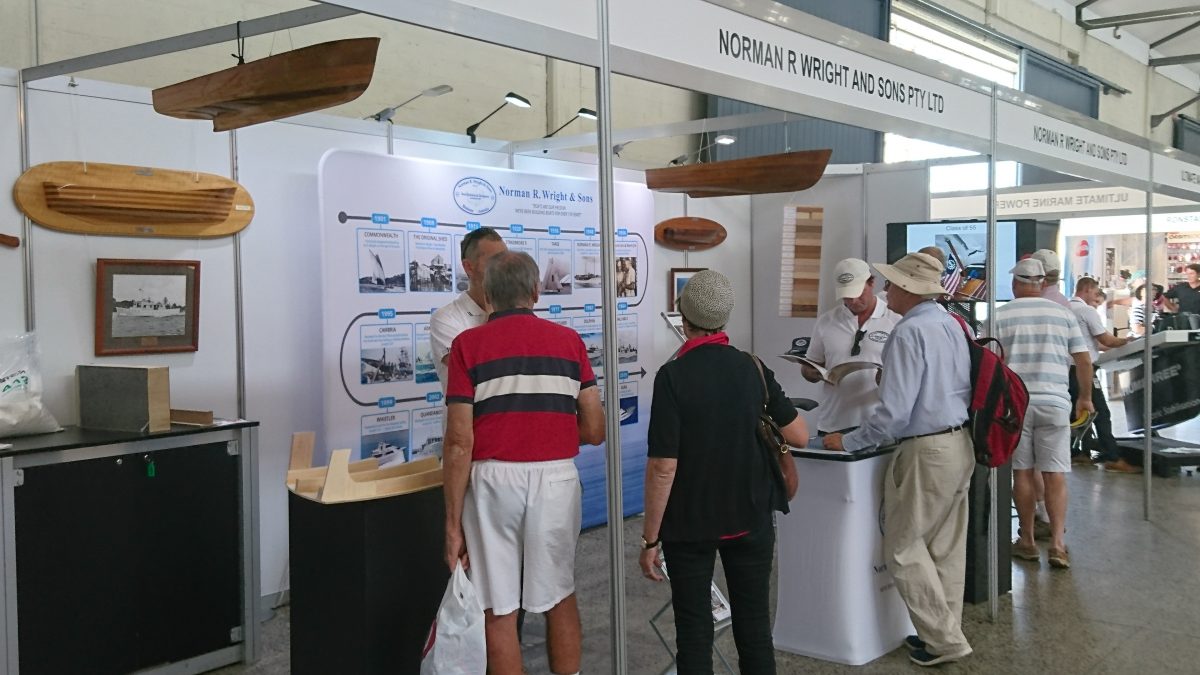 ATL Composites, who in 2020 commemorated 40 years supplying innovative composite products to the marine, automotive, industrial and construction industries, have been proud exhibitors at the Australian Wooden Boat Festival since 2013 and suppliers of WEST SYSTEM epoxy products to a majority of exhibitors since its inception.

Their first year at this iconic boat show, ATL shared a stand with Denman Marine showcasing multiple projects built using the WEST SYSTEM range of products. Timber boat construction is a niche market esteemed around the world and WEST SYSTEM epoxy is relied on by professionals and amateurs in the construction and repair and maintenance of their boats.

In 2017, ATL was joined by Meade Gougeon, who founded Gougeon Brothers Inc in 1969 and introduced the WEST SYSTEM epoxy system which revolutionised timber boat construction by stabilising the moisture content of the wood. Meade Gougeon was the special guest speaker at the Australian Wooden Boat Festival and expressed his admiration for the calibre and diversity of timber boats from Australia and New Zealand.

2017 also marked 375 years since Abel Tasman’s landing and the Festival incorporated many Dutch-themed activities, including a team of Dutch boat builders, led by Bert van Baar, who created a beautiful sailboat using WEST SYSTEM products. The impeccable craft was a highlight of the event and was auctioned during the show.

In 2019, WEST SYSTEM Inc celebrated its 50th anniversary and that was the focus of our exhibit. ATL invited our colleagues from Norman R. Wright and Sons to exhibit, and side by side we displayed a selection of unique vessels that used WEST SYSTEM epoxy. Wrights have been ATL customers for over 35 years and have a proud history in construction of luxury and commercial wooden vessels that incorporate WEST SYSTEM products.

At the 2019 show, ATL provided WEST SYSTEM products for the construction of the Haven 12.5 which was built by the Northwest School of Wooden Boat Building (NWSWB) at The Wooden Boat Centre in Franklin, Tasmania. The focus was on WEST SYSTEM 207 Special Clear Hardener that year and the Haven was a perfect example of the finish that can be achieved using WEST SYSTEM 105 resin and 207 hardener.

Throughout 2019-2020, ATL collaborated in several significant projects scheduled to attend the Australian Wooden Boat Festival, including the Franklin 29 project and the complete rebuild of the historic “Te Rapunga”. For the Franklin 29 project, ATL worked closely with The Wooden Boat Centre, providing products, expertise and training for the boat builders and trainees involved.

The 32-foot double-ended ketch known as “Te Rapunga”, meaning “Longing for the Dawn” in the Maori language, was discovered in NZ after two decades out of water and bought by a Bruny Island tourism group and sailing enthusiasts with the vision of restoring her to her original glory.

Denman Marine of Kettering, Tasmania undertook the project. She was planked in Huon Pine and Celery Top on hardwood frames and backbone. The one concession to modern materials is the use of WEST SYSTEM products for the deck beam lamination and any other laminated hardwood components.

While it’s extremely disappointing that the 2021 edition of the Australian Wooden Boat Festival will not go ahead in traditional format, ATL Composites are pleased to involved as a Major Sponsor of the Maritime Trail to promote the objectives of the festival and the exceptional craft that will no doubt assemble at the rescheduled event.

“We are all champions of the timber boat. Nothing better conveys our awe at the forces of the natural world and the human urge to immerse ourselves in it than a wooden boat.”