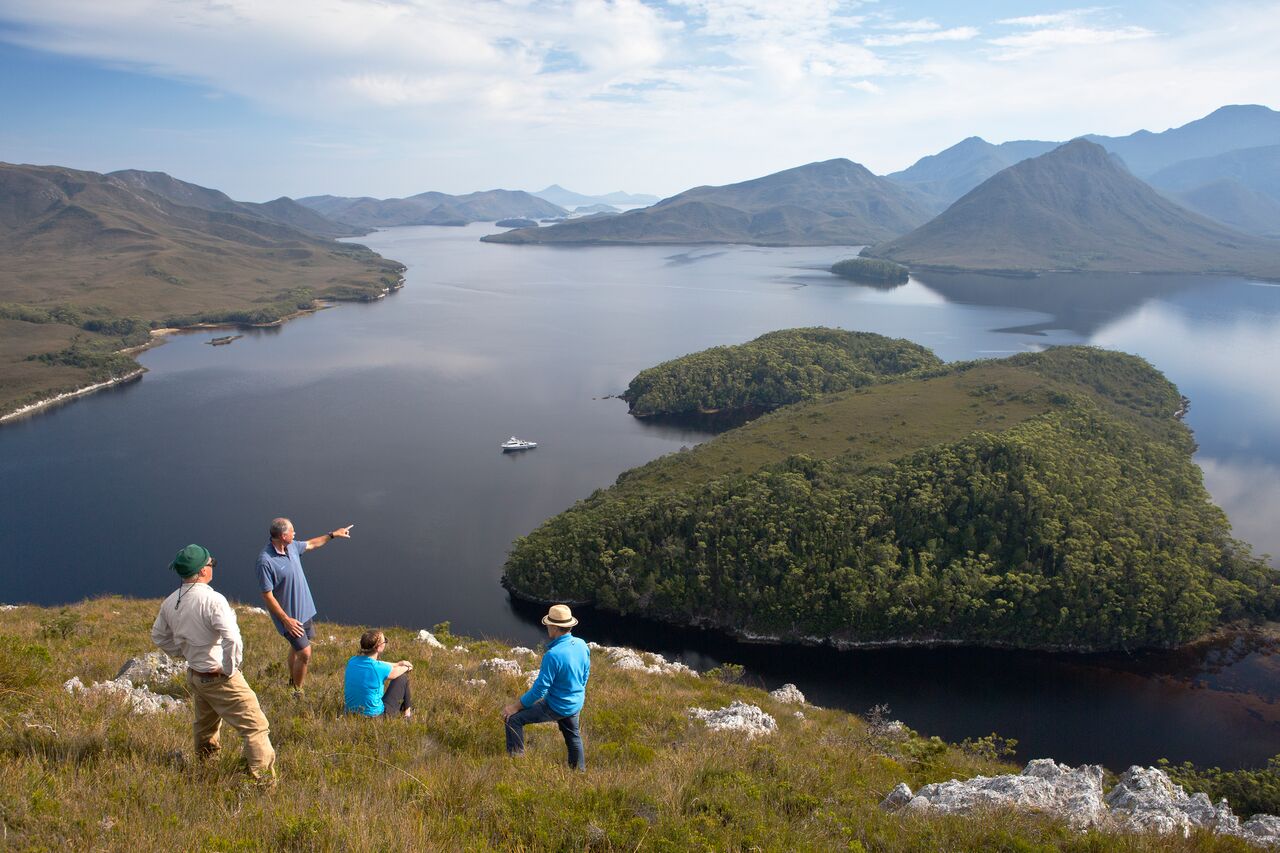 Pieter van der Woude’s cruise operation in Tasmania’s Southwest Wilderness is about much more than just seeing this wild, pristine landscape. This guided experience offers a deep immersion in the wilderness.   The expert guiding team shows visitors the real Tasmanian wilderness and all its brutal beauty through storytelling, interpretation and knowledge. 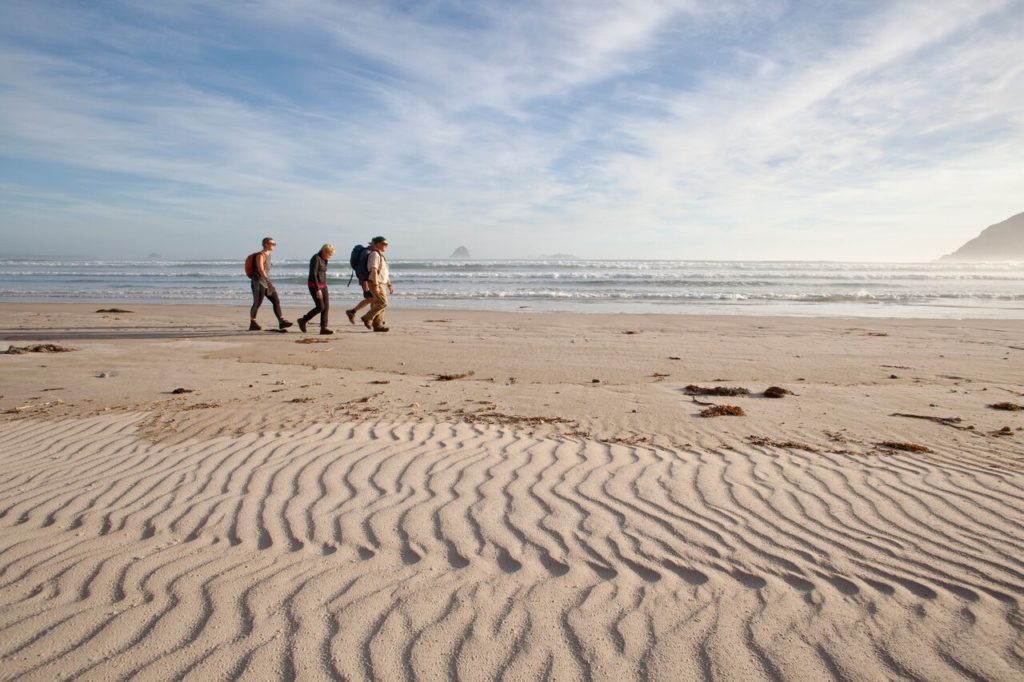 The part of Tasmania in question is Port Davey, a natural harbour nestled deep in the Southwest National park, within the Tasmanian Wilderness World Heritage Area. Here, deep in the wilderness, with no roads in and out and no mobile reception, you feel like you’re on the edge of the world. Between Jan & May each year, Tasmanian Boat Charters takes small groups on multi-day expedition cruises into this pristine wilderness.

Local guides enrich the wilderness experience with their knowledge of the landforms, geology, animals, birds and cultural history of the region. Amongst the guides are biologists, conservationists, writers, wildlife experts, ecological educators and ex-Parks & Wildlife employees. Each Escape to Port Davey cruise, for just six guests, is led by one of these expert guides, with the support of a skipper and chef. 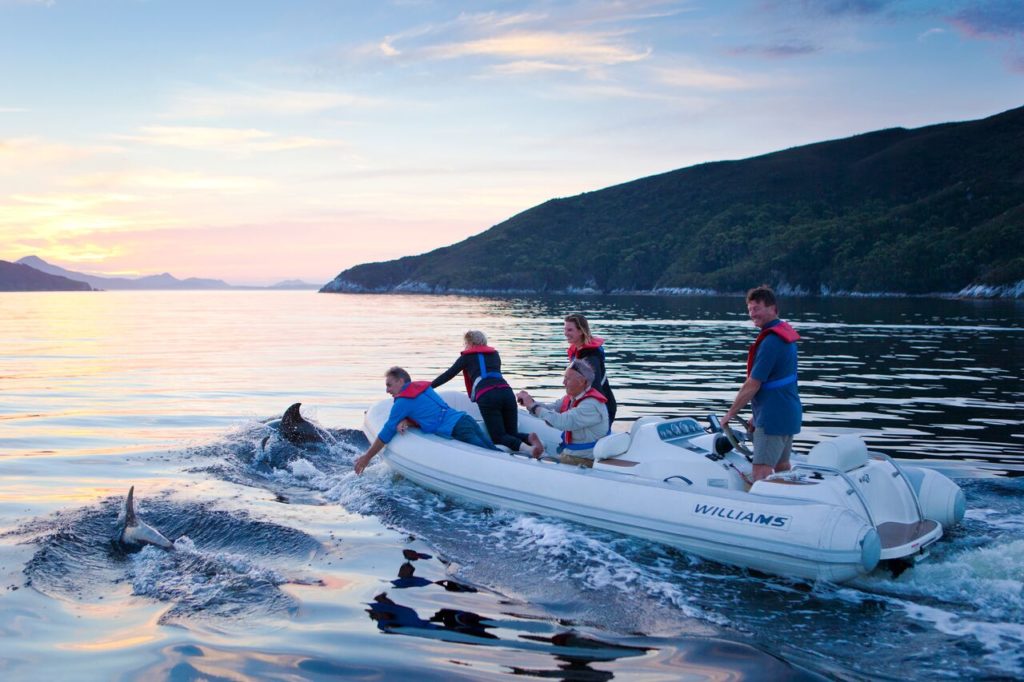 Guides Mark Holdsworth and Nick Mooney have been involved in Tasmanian wildlife conservation, including programs working to save the Tasmanian devil and the orange-bellied parrot. For much of Mark’s 36-year career, he managed the Tasmanian recovery program for the critically endangered Orange-bellied Parrot, including captive management and undertaking fundamental research into the species’ reproductive success. The Port Davey area has been a second home to Mark and there are few who know more about the region’s wildlife than him.

Nick Mooney is a Tasmanian conservationist biologist, writer, wildlife expert, ecological educator and devils advocate (having worked for years with the Department of Primary Industries, Parks, Water and Environment in Hobart). It was Nick, now regarded as a local hero, who alerted the world to the fact that the Tasmanian devil might be heading for extinction – like the thylacine or Tasmanian tiger – after a contagious form of facial cancer was found to be killing off the population and spreading inexorably over the island.

Guide Peter Marmion has a great love for the Southwest wilderness and the magnificent Port Davey waterway is one of his favourite corners of this area. Peter has been a frequent visitor to the region since the 1970s and his deep understanding of the area’s rich history and natural heritage has earned him the nick name ‘Wiki-Pete’.

Peter Mooney has dedicated his working life to the conservation, management and presentation of Tasmania’s globally renowned National Parks and World Heritage Areas. As the General Manager for Parks & Wildlife for 12 years, Peter has a unique insight into conservation and tourism in Tasmania, and a particular fondness for the Southwest.

Pieter van der Woude, owner and skipper of the expedition vessel Odalisque, is the mastermind behind the cruise operation. Pieter has decades of experience as master of vessels working off the coast of southern Tasmania. An abalone diver who spent his time in the off season resupplying bases in the Southern Ocean for the Australian Antarctic Division, he founded Tasmanian Boat Charters in 1998 with the original Odalisque, an abalone mother ship. Pieter knows the waters of the Southwest like few others, and never fails to find a sheltered mooring spot to watch the sunset and spend the night, whatever the weather.

Pieter’s ethos is to provide a floating base for a genuine wilderness experience. “I wanted to create an experience that would allow people to witness Tasmania’s remote and pristine Southwest, an area inaccessible to many, and this inspired the build of the current vessel Odalisque. We want to share what is a unique and special place.’’

Pieter runs the business alongside his daughter, Alice, who is as enthusiastic as Pieter about sharing and immersing people in this special corner of the world.  Check their website at tasmanianboatcharters.com.au or catch them both to discuss your Tasmanian adventures at the Maritime Marketplace in Princes Wharf One, at the MyState Bank Australian Wooden Boat Festival in February 2019